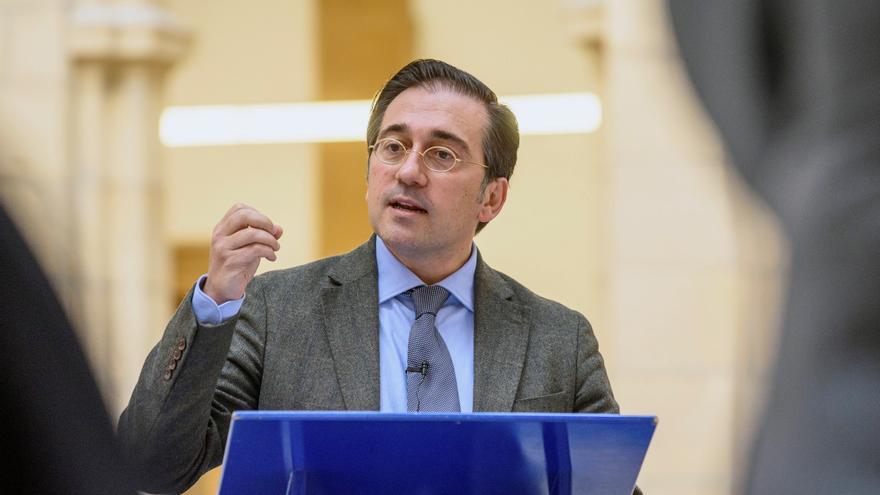 The Spanish Minister of Foreign Affairs, José Manuel Albares, today transferred his counterpart from the United Kingdom, Liz Truss, which is “good” to work with December 31 as the date to close the agreement between the European Union (EU) and London on the situation in Gibraltar after Brexit.

“I have insisted that it is very important to reach that agreement as soon as possible, and I have told him that you have to set time horizons. December 31, although it is not a mandatory date, it is good to work with that date, “Albares told Efe after the meeting of NATO Foreign Ministers held between yesterday and today in Riga.

Precisely, the appointment with Truss took place during the meeting of ministers of the Alliance and served to “Analyze the great points you have at the moment” the Gibraltar pact.

Gibraltar is not included in the trade agreement that London and Brussels achieved by the end of 2020, so a separate agreement is needed.

Spain and the United Kingdom have already reached 2020 New Years Eve An agreement in principle, but it is pending the treaty that the European Commission and the British Government can get, which this week are holding a third round of negotiations.

Albares recalled that in that pact “Spain has the last word”, and announced that the British Foreign Minister will visit Madrid on December 15 and will continue working on issues related to the Rock.

During today’s bilateral meeting with Truss, they also discussed migration and how ensuring the mobility of British citizens residents in Spain and Spaniards living in the United Kingdom.

The head of Spanish diplomacy explained that it is about seeing “how, once Brexit has occurred, We can guarantee that the lives of all those people residing in one country or another, students, tourists, will not be affected ”.

Albares also met with the French Foreign Minister, Jean-Yves Le Drian, with whom he reviewed bilateral relations and “a series of documents to update our relationship, a treaty of friendship and cooperation, which is underway and which we hope to conclude during the French presidency” of the European Union, which begins in January.

Likewise, they discussed a cross-border cooperation strategy, and Albares insisted that it is “Necessary to reopen the last border crossings on the French side that are closed to facilitate the life of this cross-border population between Spain and France ”.

In addition, they addressed “The definitive conclusion of the dual nationality agreement Spain-France”, that in Spain it has already passed through the Congress of Deputies and is in the Senate, as he recalled.

Albares also met with the ministers of Canada and Iceland, as well as with the head of Polish diplomacy, to whom he once again conveyed “Spanish solidarity with respect to the hybrid threats that exist on our borders.”

Poland is one of the countries affected by Belarusian President Alexandr Lukashenko’s strategy of sending migrants to the borders of the European Union from middle East.