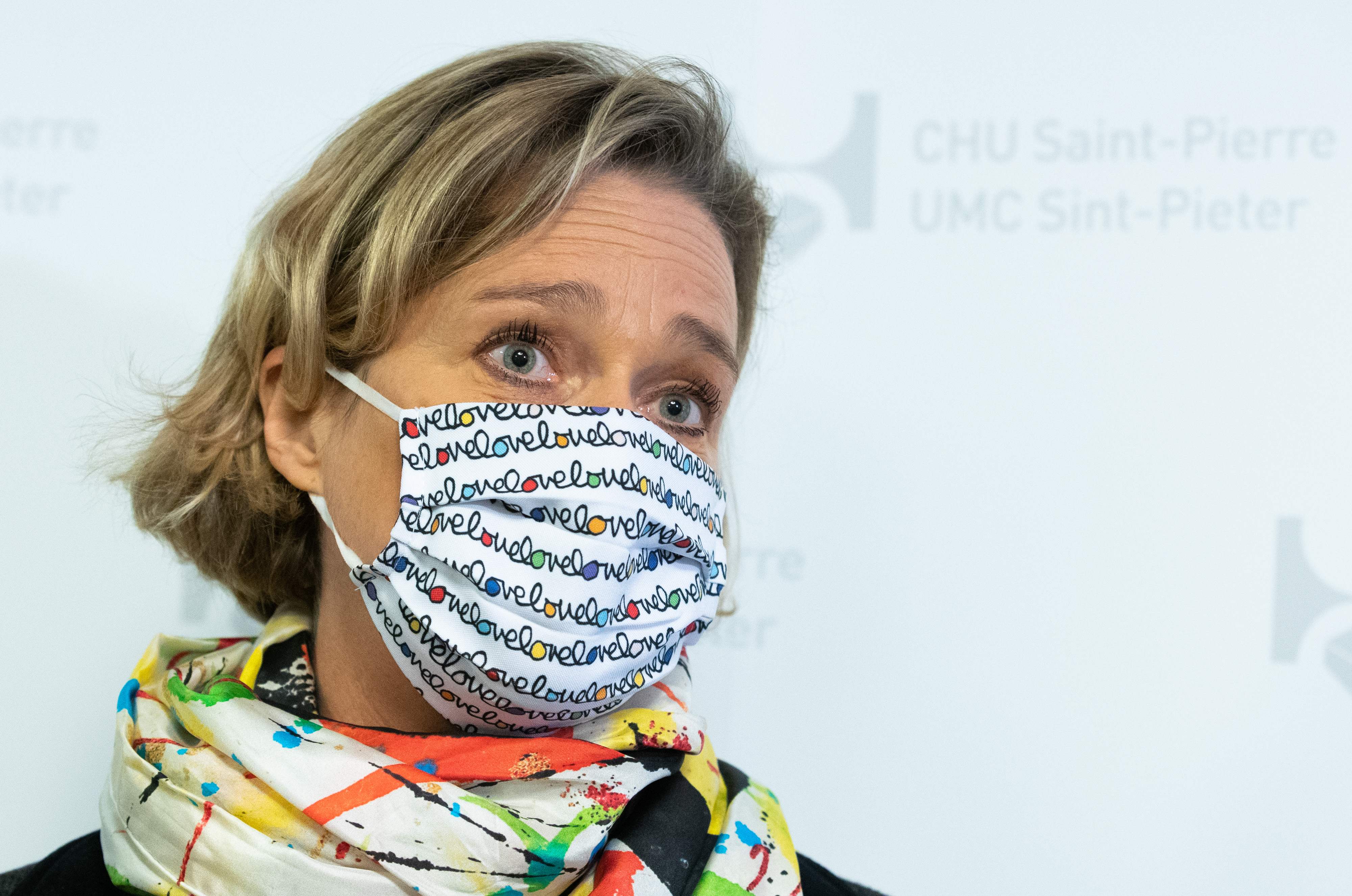 Alberto of Belgium and his wife Paola have been reunited with the now recognized daughter of the monarch emeritus, Delphine Boël. It happened last weekend at the castle of Belvédére, where the couple lives, near the Laeken palace, the residence of the Belgian royal family, but it has not been until now that an image of the meeting has been released. The photo is accompanied by a text signed by the three, which includes the title of Princess of Delphine, in addition to her treatment as royal highness: “This Sunday, October 25, a new chapter has been opened, imprinted with emotions, of appeasement, understanding, and also hope. Our meeting took place in the castle of Belvédère. A meeting during which each one could share, calmly and with empathy, their feelings and their life. After the scandals, the wounds and the suffering, comes the time for forgiveness, healing and reconciliation. Together we decided to take this new path. This will take patience and effort, but we are determined. This first step opens a path that is now up to us to follow peacefully. ” Delphine saw how in January the justice recognized her as the legitimate daughter of King Albert II.

On October 9, just a few weeks after she obtained the title of princess, Boël was received at the palace by Philip of Belgium, current monarch and brother on her father’s side. “It was a warm encounter. We had the opportunity to learn to know each other during a long and emotional exchange that has allowed us to talk about our respective lives and to focus on the common interest ”, the Belgian Royal House explained in a statement.

The meeting also served to create a bond between the brothers that will continue to “develop from now on within the family framework,” as both indicated in the letter issued by the Belgian palace through their social networks, where included an image of Philippe of Belgium and Delphine Boël, dressed informally, very smiling and respecting the physical distance marked by the pandemic.

The current heir, born in the sixties, is the result of the long relationship between her mother, the aristocrat Sibylle de Sélys Longchamps, with the then crown prince. The story of this romance, and its fruit, became public and notorious at the end of the nineties, when the edition of an unauthorized biography about Queen Paola, wife of Albert II, revealed the existence of a daughter born outside the marriage.

Boël started his court battle in 2013, and went ahead despite the monarch trying for years to deny the evidence and avoid requests for a kinship test. In January of this year a DNA test proved Delphine Boël’s affiliation with the emeritus and at the beginning of this month of October a Court of Appeal in Brussels ruled that Boël obtained the title of princess and was treated as a “royal highness”. In addition, the surname of the new princess now becomes that of Saxe de Coburg and Gotha, that of the dynasty of the royal family of Belgium. In the same way, her two children, Joséphine and Oscar, 16 and 12, respectively, have now also become a princess and a prince, receiving the same treatment as their mother.