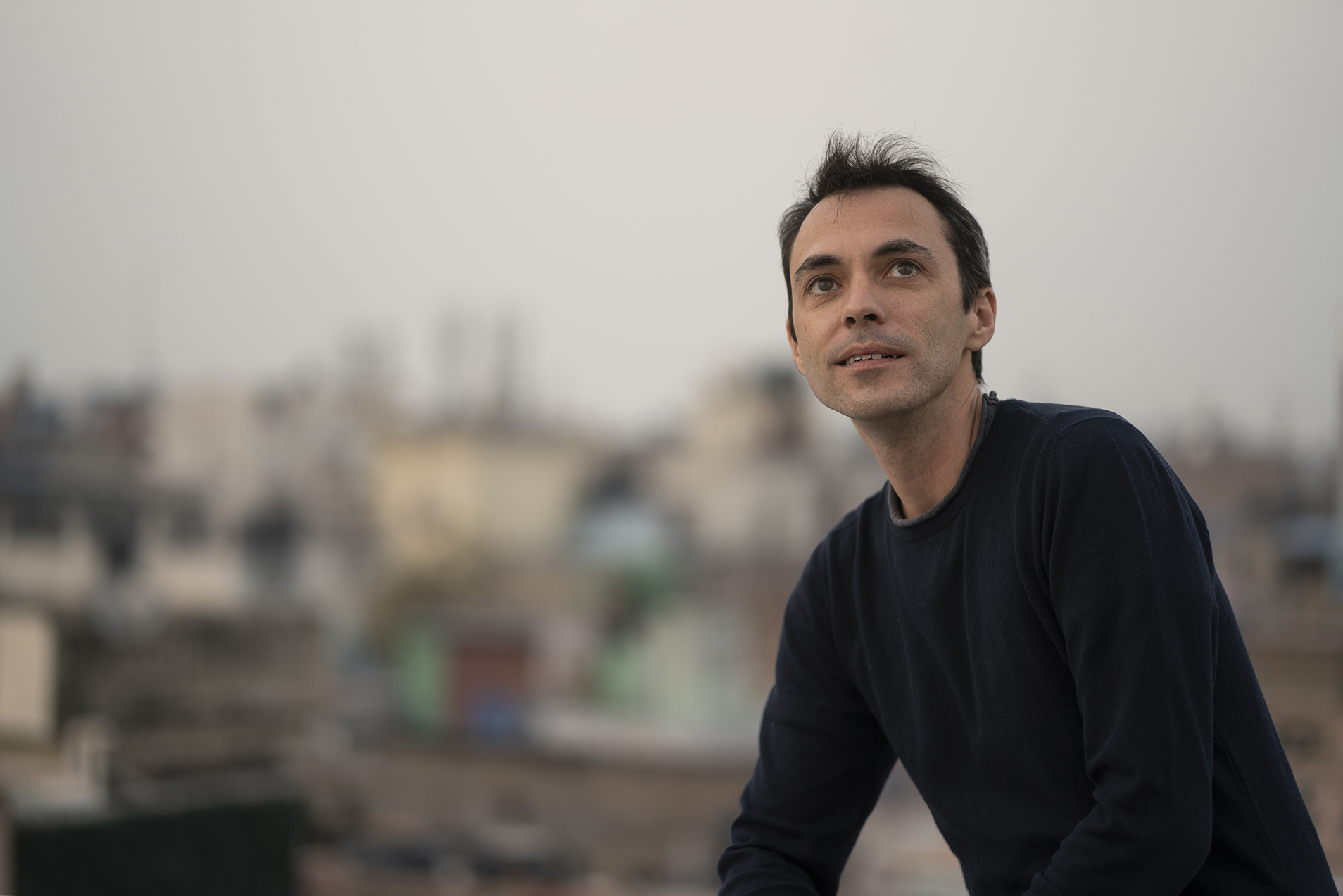 In 1996, just 20 years old and with a brand-new career as a press photographer, in a run-down restaurant on the shores of Lake Baikal, in the southern region of Siberia, a woman read Alberto Giuliani’s hand and told him that he was going to die. before turning 45.

Three years later, this time in the Indian holy city of Vrindavan, a Brahmin – a Hindu priest – named Mr. Sharma, to whom Giuliani had rented a room, wanted to give him a parting gift: a hand reading. The future that the Hindu priest saw written on them impressed the Italian: “You will find the love of a rich woman, whom you met in your childhood. She will already have two children and together you will conceive a third, ”said the brahmin. “You will know how to give until you let everything go away. On a hot day in your 43 years, a violent death will be waiting for you. Then, when you are left alone in front of the end and you find everything in your heart again, it will be up to you to decide. A man from the future will help you. Find him and trust him, he will show you the straight path. And put a yellow sapphire on the index finger of your right hand, at that moment it will help you find your balance ”.

The initial logical impact of those disturbing predictions of death made him buy a ring with a yellow sapphire and put it on his finger. Since then, he never took it off. But over time, the dire predictions became just another anecdote to tell of the many that he collected thanks to his life as a reporter. “The prophecies were made to me when I was only 20 years old,” says Giuliani in an exotic Spanish with strong Argentine influences, where he learned to speak our language. And he continues: “Then life seems eternal to you and I also had a very European, very rational way of thinking. I have never been very attracted to the supernatural, divination or tarot. And that, well, there was a third prediction: it was in Vienna, Austria, just two weeks after returning from India. I was covering the campaign for prime minister of Jörg Haider, the far-right politician, as a photographer for The Corriere de la Sera”.

In this case, a girl he met in the Austrian capital told him that she wanted to read his aura. “He told me that I had a pink aura,” says Giuliani. “That meant that I felt good about myself and that I had learned a lot in my previous lives, but also that I had little left to learn. ‘Your life will not be very long,’ he told me.

But Alberto forgot all that. He had a successful career ahead of him. At first, as a photographer, working for media such as Time, Newsweek, Le Monde or THE COUNTRY. And then when the still image fell short of expressing all that he wanted to say, as a journalist in The Republic The Vanity Fair Italia.

The fact that he married a woman who had two children from a previous partner and that they conceived a child together with her struck him as an incredible coincidence. But still he didn’t care too much that eventually the brahman he was right. In addition, he had told her that he would have known this woman during his childhood and Francesca, his partner, had met her in Paris only a few years before. Until one rainy summer day, something happened.

Moving boxes in the attic of his mother’s summer house, Alberto found an old photo album. One of them showed him receiving a medal for having won a ski race when he was just a child, in 1984. In the photo there were other children and among them… yes, there was Francesca.

“When I found the photograph I was frozen,” admits Giuliani with a laugh. “I thought I had to do something. I remembered that man from the future that the Brahmin had told me about and decided to go looking for him.

He explains that this is how he faced that irrational fear. “Going around the world looking for him was a way to escape the destiny that seemed to be marked. I wanted to get out and then go home, rest everything and tell about it ”, says the journalist about the origin of The immortals (Ed. Topics of Today). “I tried to go as far as possible to reflect and look for the man of the future who, according to the fortune-teller, would show me the way. I found out the farthest place I could go and that’s how I found this simulation of life on Mars that NASA was doing in Hawaii. I wrote to them and everything went very fast. A few weeks later I flew there to greet the crew when they left the module located on the slopes of the Mauna Loa volcano, where they had been pretending to be on Mars for a year ”.

That was the first in a series of trips that would take him to meet the guardians of the climate at the North Pole, engineers building robots in Japan, scientists building an artificial sun more powerful than the Sun, or visiting Alcor Life Extension, the Phoenix company dedicated to storing the cryogenic bodies of people who hope to wake up in a better world.

“When I met all these people, I realized one thing,” says Giuliani. “On this planet there are already people living in the future. They live in a reality parallel to ours. That we like it more or less does not matter, it is so. This, somehow, impressed me a lot, because I lead a very normal life: I have my computer, my mobile phone, Alexa, the Google assistant, but I have a very ordinary life, similar to anyone’s. But there are people very close who live in another reality ”.

“On the other hand,” he continues, “I confirmed my deep respect for freedom. Because I discovered that each of these people has their personal reasons for doing what they do. Whether it’s going to Mars, experimenting with genes, building robots, whatever – there’s a motive behind them. Each one is looking for an answer to the questions he has asked himself about our world and our future. In the book I put a lot of emphasis on this, because I think it gives science a human dimension that sometimes it seems it doesn’t have ”.

It is almost inevitable, when you finish reading The immortals, not to think that perhaps today’s world is giving too much importance to science, trying to use it to answer all problems. Giuliani comments: “Science has led us to very important achievements, but it is true that we have left a little behind the spirituality or the emotions that allowed us, in my opinion, to live a little more calmly. That made us feel more protected and less alone. Science, or rather our blind faith in it, perhaps stole that from us. Little by little our feelings have cooled down. It makes us run the risk of ceasing to be human beings, with all that that implies ”.

When he finished writing The immortals, Giuliani was 44 years old. In theory, it was only a year before the fatal prophecy was fulfilled. He had traveled the world looking for answers. Although he had met visionaries, scientists, and also some madman trying to save the planet, he had not found anyone to show him how to defeat his own death.

Today, with 45 already completed, he is still alive. His journey was incredible, but he is convinced that in his obsession with finding answers, he forgot that the most important thing was to live his own life. Perhaps, finally, that man from the future was simply her son.