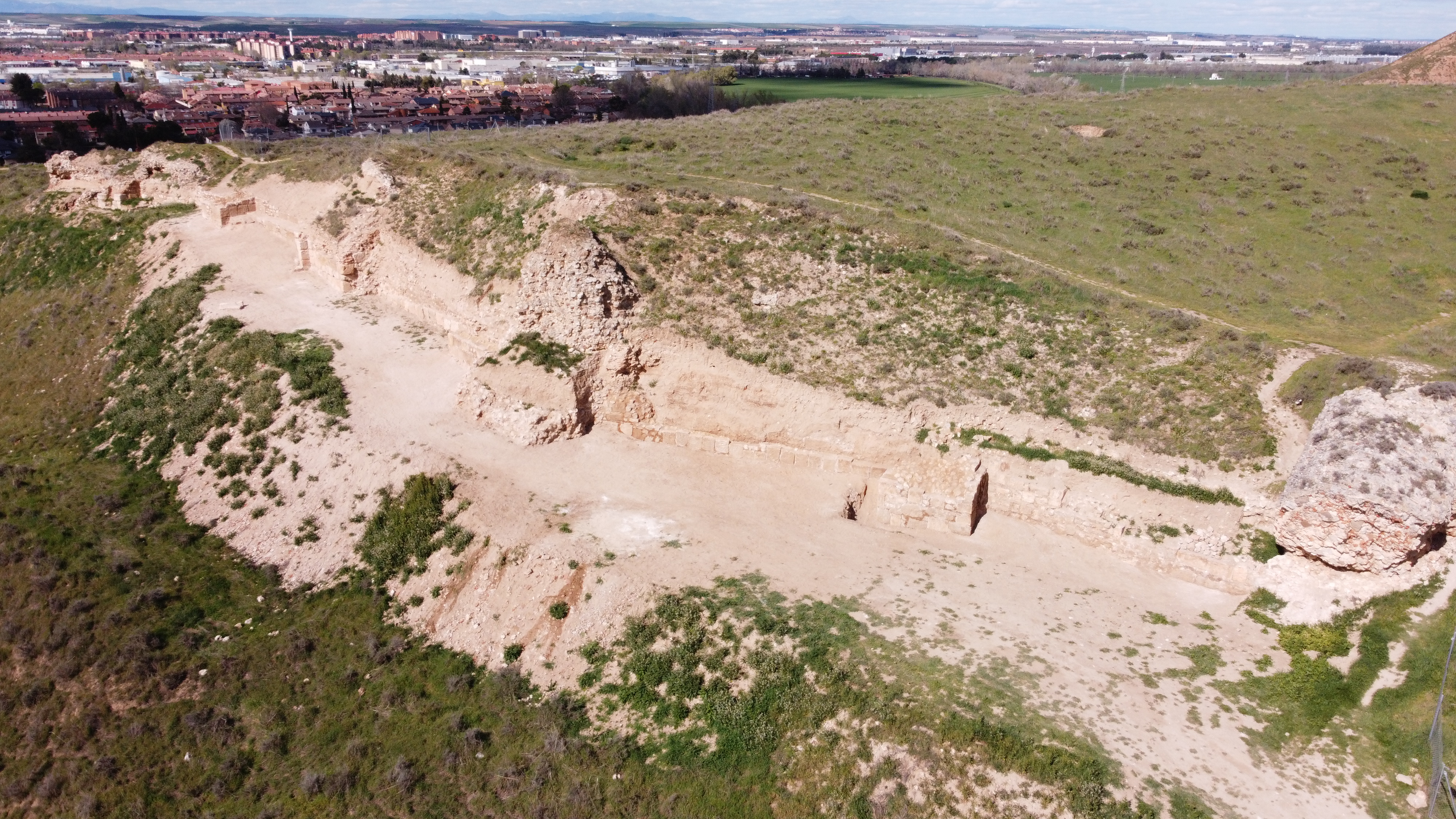 The Muslim builders made a very serious mistake that, in the end, facilitated the taking and destruction of the castle of almost two hectares of extension that they had erected on a clay promontory near the Ecce Homo hill, on the outskirts of the current Alcalá de Henares. And, when they began to build the fortress in the 10th century, they did not take into account that only 350 meters in a straight line rose the Malvecino hill, a perfect place to install catapults. So in 1118 the troops of the Archbishop of Toledo Bernardo de Sedirac They only had to aim wisely and the castle of Qal’at ‘Abd as-Salam changed hands. Between 1969 and 2006, excavations dating from its first occupation were carried out, and from 2009 some conservation work was carried out on the main gate and the only two towers that survive. But now, the archaeologists have decided to open more than 100 linear meters of the land and the great wall that defended it has returned to light, in addition to two other unknown towers and a talisman.

The intervention lasted three months and has been directed by archaeologists Miguel Angel Lopez Marcos and Luis Francisco López and financed by the Community of Madrid. The Alcalá City Council, in turn, will carry out the fencing and maintenance of the site. López Marcos explains the findings as follows: “Although it is true that some of the semi-ruined towers left part of the route visible, the novelty has been the discovery of two new ones from the Muslim period of which there was no record. They have appeared very damaged and it has been necessary to restore and consolidate them. Probably these towers and part of the walls had fallen under the attack of the heavy artillery of the catapults from the Malvecino hill ”.

After the Christian seizure of the fortress, walls and towers were rebuilt, so the castle remained standing until the 15th century, when it was permanently abandoned, among other reasons, because the building’s degradation process was unstoppable. The Muslim builders took advantage of the multiple gullies, ravines and holes in the landscape to lift it, forcing it to give it “a triangular shape to adapt it both to the edge of the moor in its more pronounced slope to the northwest, another of less slope, to the northeast , and finally, the softer one to the southwest, where the entrance was housed and, of course, the largest number of watchtowers ”, says the study The fortress of Qal’at ‘Abd as-Salam. The recovery of a lost dignity (Alcalá de Henares, Madrid), by López Marcos, Manuel María Presas, Elena Serrano Herrero and Mar Torra Pérez.

The particular configuration of the mass means that the defensive towers are not distributed in an orderly manner, as in other Muslim castles, but rather are located in the most sensitive areas of assault, “which suggests the scarcity of raw materials or the The urgency with which the construction was carried out, to justify this reduction to the indispensable minimum of units and the polyorcetic mismatch that accentuates the vulnerability of the fortress ”, indicates the archaeologist.

In addition to the hard rock balls thrown at it by the hosts of Bernardo de Sedirac to render it, “an erosive process, still active, caused the deterioration and fall of walls and towers when the foundations were removed.” The Christians, after their conquest, tried to reinforce some towers with mud, but they could not stop the degradation and “the danger of falling”, which continues today.

The fortress walls were built with Roman-era ashlars reused for the foundations and a masonry and ashlar rig combined with solid brick for the rest of the facing. “The lack of foundations, perhaps due to the haste in the original building, made the Bolaños who rained from the adjacent hills an easy target. Large sections of wall fell, and only the first courses have been found, in some cases. In other cases, the reconstructions and reinforcements already from the Christian era, could only mend the damaged walls, although without a consistency that would make the fortress last over time ”.

In these latest excavations, experts have analyzed the interior filling of what they call tower number 5 (it has nine on the southwest front) next to the entrance arch. There they found “a small amulet from the Muslim period. It is an incomplete anthropomorphic figure of white clay, with a strong limestone content, according to the analyzes carried out in the CSIC, of ​​just 10 centimeters, which was located inside the construction. It was made, says the report, “with rough incisions, reflecting hair, eyes and mouth.” It could belong to one of the defenders who clung to it hoping that the huge stones thrown by the archbishop would not kill him. But a miscalculation by the architects rendered their protection useless.