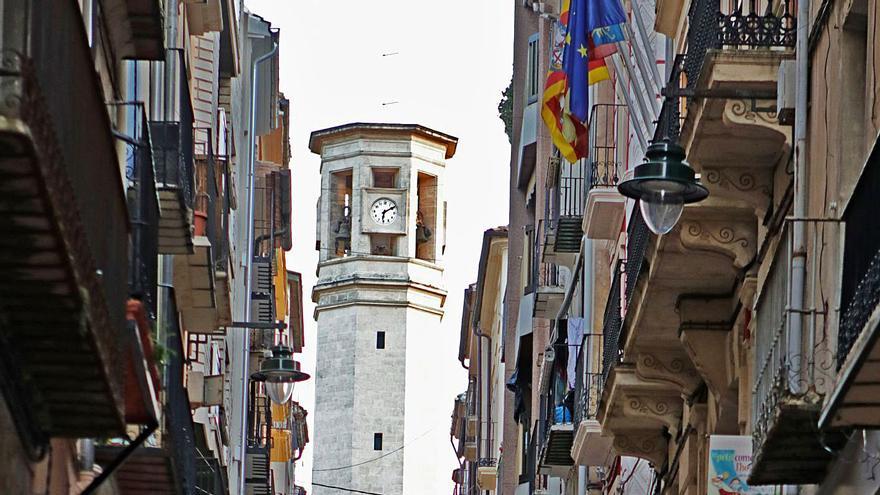 The pedestrianization ordinance was definitively approved by urgent means in the plenary session on February 5, and published yesterday in the Official Gazette of the Province (BOP). Now a period of 15 days must elapse before its application. In this sense, the Councilor for Mobility, Jordi MartinezHe explained that the forecast is to open the application for permits to access the old town in three weeks.

The objective of the government team is to carry out the closure of the area in different phases before summer, and for this the first action is to “create a database of authorized vehicles.” In order to facilitate the procedures, the Alcoy municipality will launch an information campaign through social networks, as well as explain the process through letters addressed to both neighbors and merchants.

In this sense, there will be up to six permissions differentiated by letters and colors: residents (R), residents with reduced mobility (MR), garages (G), loading and unloading and home delivery (D), home food delivery (C) and pharmacies (F). In all cases, the period of validity will be two years, renewable. In addition, the council will grant specific authorizations, by means of communication to the access control platform, to guests of accommodation establishments, celebrations, works, removals or provision of emergency services. In the latter case, the technicians will have up to 48 hours later to justify the urgency. Official and emergency vehicles, public transport, bicycles and personal mobility vehicles may access without permission, but giving priority to the pedestrian.

Other aspects to highlight of the ordinance is that speed in the old town will be limited to 20 kilometers per hour, Drivers will give priority to pedestrians and cyclists – the former will also have priority over the latter – and the access and exit of vehicles will be carried out exclusively through authorized areas and will be controlled by license plate reading devices with image capture.

Martínez also insisted that once the permitting process is completed, which will be open for new additions or changes, there will be an adaptation period in which “no sanctions will be imposed”, drivers who fail to comply will simply be informed the ordinance, but once the established time has elapsed, yet to be determined, “it will begin to be sanctioned.”

The ordinance, in this sense, contemplates fines ranging from 50 to 100 euros for minor infractions, from 150 to 200 in the case of those classified as serious, and from 300 to 600 if it is considered very serious.

However, the Councilor for Mobility recalled that San Nicolás Street will remain open to traffic until the end of the planned parking areas. However, he insisted that this must occur before the end of 2021.

The PP has requested in writing to the government team the convocation of the Mesa del Centro, which does not meet, according to the municipal group, since last September. Among the issues that the popular want to be addressed in said body, the application of the new pedestrianization ordinance stands out. Councilor Amalia Payá also insists on “the need to define how the redevelopment of the streets adjacent to San Nicolás, between Partidor and Font Redona, will be carried out” and that “the destination of the 100,000 euros reserved is explained in the budget under the concept of subsidy rehabilitation center », among other issues.