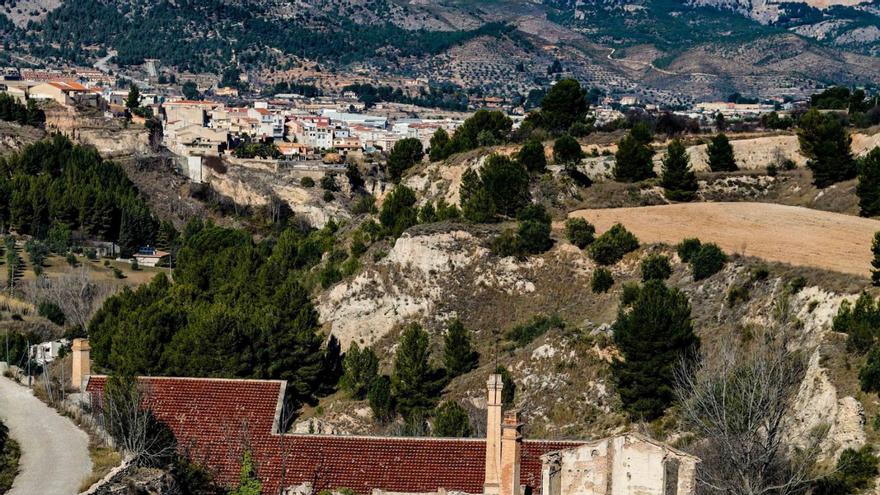 The commitment to inland tourism is a reality that different localities have experienced when they have seen a boom in visitors since the outbreak of the pandemic. In the case of Alcoy, the city wants to go beyond specific dates such as the Moors and Christians festival or the still recent Modernist Fair. For this reason, the municipal government has drawn up what they call the Tourism Sustainability Plan, a project that will receive three million from Europe from Next Generation funds to promote inland tourism and cover 100% of expenses.

Now, Alcoy has six plans ahead in which to invest that amount that has been approved through the State Recovery and Resilience Funds. Among the most innovative actions, the “Alcoi Time Machine” stands out, based “on the philosophy of being able to recreate the industrialization of Alcoy”, in the words of the mayor of Tourism, Lorena Zamorano, which will allow us to know, in addition to daily life in the center historical, the operation of the wastebaskets, with the Bambú building as the headquarters, and the steel industry in Rodes, the complex that will also house the Center for Inland Tourism Development (CDTi).

An alternative to the museum concept that will be “a tourist boost because they don’t have it in other places,” confessed Zamorano, who announced that this exclusivity will have a budget of 210,000 euros.

As for the offer beyond the city, it extends through places such as El Molinar and sites such as the rock art of La Sarga, an open-air route that can be done through a cycle path, a green ring in the southern access to access a site declared BIC and cradle of the Industrial Revolution in Alcoy. It is perhaps the most ambitious action and one that will probably last the longest in time, as the mayor has already warned, in addition to having an investment to match, with 1,776,843 euros.

The reactivation of the Molinar

Thanks to these funds, visitors and residents of Alcoy who come to this environment will be able to know and visit an Interpretation Center of the Industrial Society in the old Els Solers factory, in the area called Primera Aigua, an intervention of 224,314 euros that already has a project waiting to recover the space and “apply the museum.” This will be complemented with an archaeological intervention on the Molí del Tort, some remains of municipal property in Segona Aigua and in a “very deteriorated” state. Mainly they will be cleaning tasks that aim to “avoid danger”, all at a cost of 87,375 euros.

The fitting out of the building also entails, at present, the need for a Wi-Fi connection to the point, and since it is far from the city, the existing network in Alcoy will be extended to all these areas in which the activity will be energized, Els Solers, Rodes and Bambú. All this with an outlay of 101,468 euros.

The actions will be concluded with an improvement in energy efficiency. Thus, various emblematic points of the capital of Alcoià will see their lighting renewed by a more efficient one, to also highlight these monuments. The town hall, in the Plaza de España, the Sant Jordi bridge and the walls that can be seen below the latter will be the enclaves that benefit. In the case of the old defensive structures, little remains of the lighting installed long ago. All in all, it will be 600,000 euros that will be invested in lighting.

For the councilor, “the basic idea of ​​this plan is to propose actions that are aligned with those four axes that set the urban strategy”, an Urban Agenda 2030 that includes accessibility, mobility, efficiency and digitization.

The mayor of the city, Toni Francés, reaffirmed his confidence in the plan in the face of crowded grants in which 45 projects were presented only in the Valencian Community, of which only 11 will receive the aforementioned financing, according to Francés. This means that, given the competitiveness, the capital of Alcoià is in the “top ten”, as stated by the municipality.

But beyond rankings, an opportunity to carry out a process of “transformation” and “improvement” of the city, according to the mayor, who added that the objective is to develop a “competitive, innovative, sustainable tourism, thinking about the people », both visitors and residents of Alcoy.

Attract visitors with an offer for 365 days a year

The Alcoy Tourism area wants to carry out a tourism strategy for the whole year and for all types of tourism.

The Alcoyan dates are more and more. The last of them available until last Wednesday with the Christmas Trilogy, an Alcoyan vision of living some winter dates that the City Council wanted to make known in different parts of the Spanish geography beyond the neighboring communities. This is complemented with other appointments, but also with the exploitation of existing resources, without creating new ones.