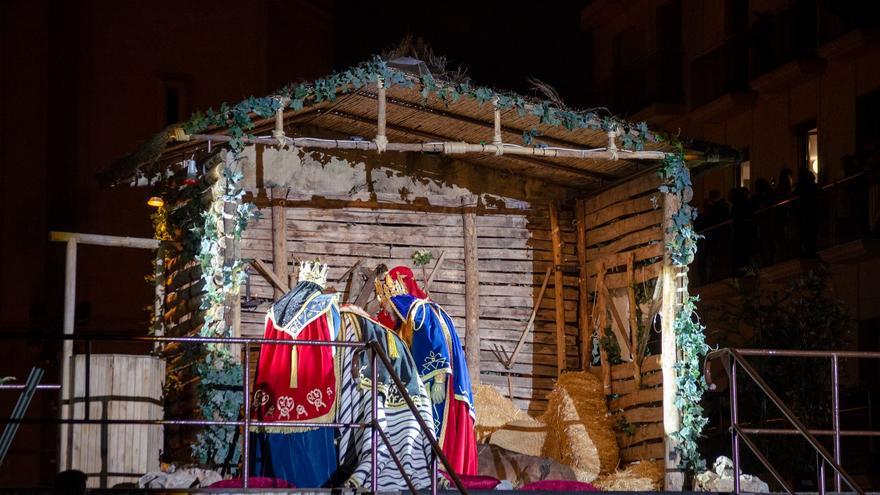 The arrival of the Magi to Alcoy is a tradition in which their traditional Cavalcade is crowned as the oldest in the country. An appointment in which, even last year, it did not stop the pandemic either, although yes, it was strictly adapted to the situation. Now, a year later, and after suspending the New Year’s Eve party that is held in the Plaza de España, doubts about whether the rest of the events are going ahead have arisen among citizens in recent days. The Alcoy City Council affirms that the tradition continues, although following in the footsteps of last year and adapting to stipulated measures.

“It is important to note that we are not in a normal year, we are in a pandemic situation and we must all sacrifice, we ask citizens for common sense and understanding. This year if we are going to have a Parade, the boys and girls need it, we must not forget that Christmas is for them, they are the protagonists, and we will comply with all the pertinent measures to be able to have the best and safest parade ”he stated the Councilor for Parties, Carolina Ortiz.

The route of the three events will remain intact, while all participants must be vaccinated with the complete schedule and demonstrate it by providing the vaccination certificate. In addition, other protocols have been established, such as there may be no physical contact between the participants and the public or the reduction of the number of participants so that all acts are more fluid and people spend as little time as possible in the street.

As for ‘Les Pastoretes’, the traditional ‘torrà’ that was made in the Plaza de España is suspended. Participation will be controlled. Only people belonging to the entities can do it, that is, citizenship will not be able to leave as it has been possible until now.

With regard to the ‘Les burretes’, the participation of the people is eliminated and the number of donkeys is increased to avoid crowds when depositing the letters with the wishes for the Magi.

Finally, on January 5, Their Majesties from the East will arrive, although due to the success of the event, and in order to comply with the current capacity regulations, the Plaza de España will limit the number of people present at the act of Adoration, since it is static . As for the Three Wise Men, they will not kiss this year or distribute sweets or other foods to the public.

On Monday, January 3, a Citizen Security Board will take place in Alcoy to finalize the special arrangement for January 5, in which in addition to celebrating the oldest Three Kings parade in Spain, the Copa del King who will face CD Alcoyano and Real Madrid. All the agents involved have been summoned.

For his part, the mayor of Security, Raül Llopis, explained that “on January 5 our city will have two very important events in which a very important security device is needed. Coordination is essential so that everything goes perfectly, that is why we organize this Board. We tried not to coincide but in the end it was impossible, although the game will be played as late as possible ”.