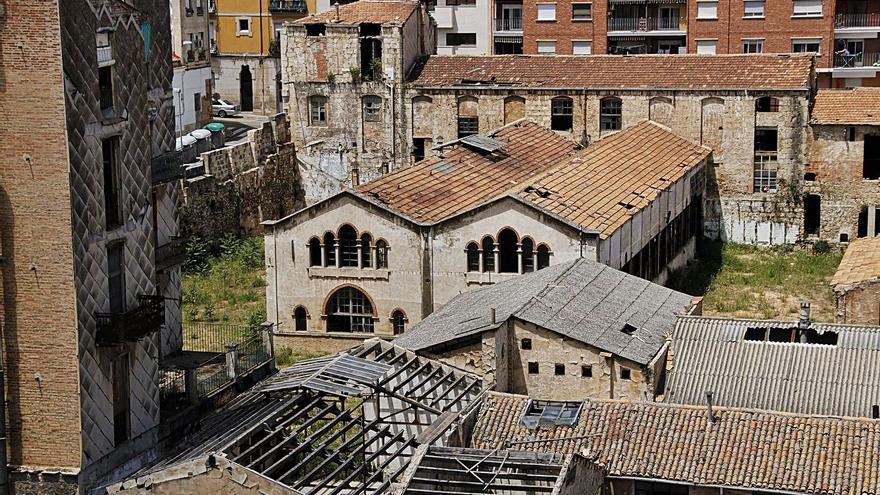 The star project of the socialist government is in the last legislature the future technological and cultural park of Rodes. The municipal plenary session today ratifies the award of the works to a joint venture formed by two local companies, so the works will begin this last quarter of the year. For this reason, the mayor of Alcoy assures that the materialization of “a determining project for the future of our city” will mark the beginning of the new political course.

Francés insists that “the road has been long” due to the size of the project and because “an attempt has been made to obtain as much funding as possible.” In fact, it is part of the Integrated Sustainable Urban Development Strategy (EDUSI) «Alcoidemà» and has the contribution of European Regional Development Funds (ERDF), to which must be added the investment of the Generalitat and the aid of the Alicante Provincial Council. “We have achieved that from an investment of 12 million euros the City Council only has to contribute 10%,” insists the first mayor.

Another priority line of action for the coming months is to promote the implementation of the Industrial Boost Plan (Impulsalcoi), through which the local administration is coordinating and promoting some thirty actions aimed at the development of this sector. The objectives in this regard are improve industry positioning, foster talent development and entrepreneurship, reduce the gender gap in the sector and modernize industrial areas, as well as promote the ecological transition, digitization and innovation.

In this sense, Toni Francés recalls that “We are carrying out actions to improve our polygons”. Currently, he insists, the competition is underway to contract various actions in Cotes Baixes and La Beniata, which will be added to those already carried out in all productive areas of the municipality and those planned this year through the help of the Institute of Business Competitiveness (IVACE).

At the infrastructure level, Francés points out that the drafting of the project for the central stretch of Vía Parque, known as boulevard, which runs from La Salle to Isabel la Católica has already been awarded. “This area is a priority because it is the only one that is undeveloped,” explains the mayor. In the drafting process “we are going to organize meetings with neighborhood associations and local entities so that they can contribute their opinion”, to avoid controversy, as happened with the project that the PP promoted in its day.

Although it is an initiative that has been announced for years, and today little progress has been made, the municipal government begins to set dates, since the deadline to project this first route ends in six months. Thereafter, the City Council will tender the works and announce the start date.

The mayor, after presenting the main objectives for the coming months, points out that “we are facing a decisive course for the future of our city” and that, despite the fact that last year the priority was “to meet the needs generated by the pandemic , we have laid the foundations of the Alcoy we want, working to transform the city not only in the urban area, but also in the social and economic, seeking to achieve a productive model that affects industry, intelligence and knowledge as engines of change.