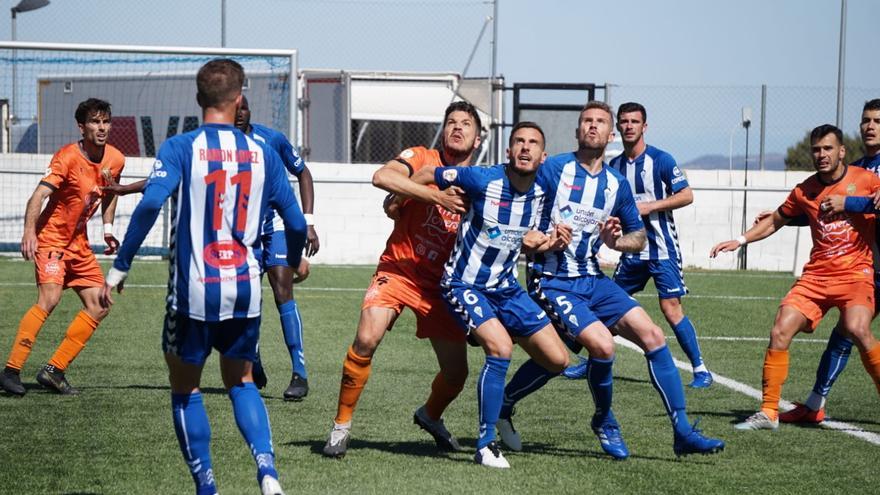 Atzeneta did not make things easy for an Alcoyano who did not generate any chances in the first 45 minutes. The blanquizules came out with their usual defense and Raúl and Primi were up to the task, providing security behind and blocking the arrivals of Albelda’s team. Jose Juan It was key once again with his interventions, the most dangerous being a Vaseline from Andrés in the 16th minute that the Alcoyano goalkeeper guessed perfectly.

The first shot on goal by Vicente Parras’ men came after 20 minutes of play with a shot from Mourad that went wide. After a few first bars in which Alcoyano did not feel comfortable, the best minutes of a team came that was letting go looking for the opposite area and the go that would leave them very close to the Pro League. But Atzeneta was also played a lot in this game and wanted to take advantage of the defeat of La Nucía to escape the relegation phase zone. Each possession of the local team carried danger, but the Alcoyan defense was very concentrated and did not allow any concessions. Alcoyano was losing steam with the passing of the minutes and had not just found himself comfortable in a very complicated field and a rival who was looking for the goal. The Blue and Whites were looking for Mourad, the main reference in attack alongside Jona. There were no goals in the first 45 minutes and everything was at the mercy of the second half.

After the break, Atzeneta came out better than Alcoyano and as soon as Iosu started, he had the first chance with a long shot that went wide. Shortly after Mourad at 53 ‘ gave great joy to his team with a worked play that ended in a goal with a shot to the right of the goal. The Alcoyano forward’s fight in a match paid off after taking advantage of the best chance his team had ever had.

Parras’s team continued to defend well against a dangerous Atzeneta who constantly harassed the opposing area. José Juan was life insurance at the door of Alcoyano. The game cooled down as the minutes passed and Parras’ team was looking for a counter in search of sentencing the game.

Alcoyano resisted the constant harassment of Atzeneta with solidity and very attentive at all times. The victory was gold and he could not escape under any circumstances in one of the most complicated courses in the category. The blue and white team seemed to have the situation under control as the end of the match approached.

The players of Parras they were approaching glory as the end of the game loomed. Atzeneta desperately looking for the tying goal but in front they had a very solid team that, unlike the last games, had no gaps in defense.

Alcoyano knew how to suffer until the end and exploded with joy when the referee signaled the end of the match. Victory for the Parras team with a new demonstration of being a highly skilled team. Mourad’s goal is worth gold and mathematically qualifies his team for the Pro League in a colossal season.