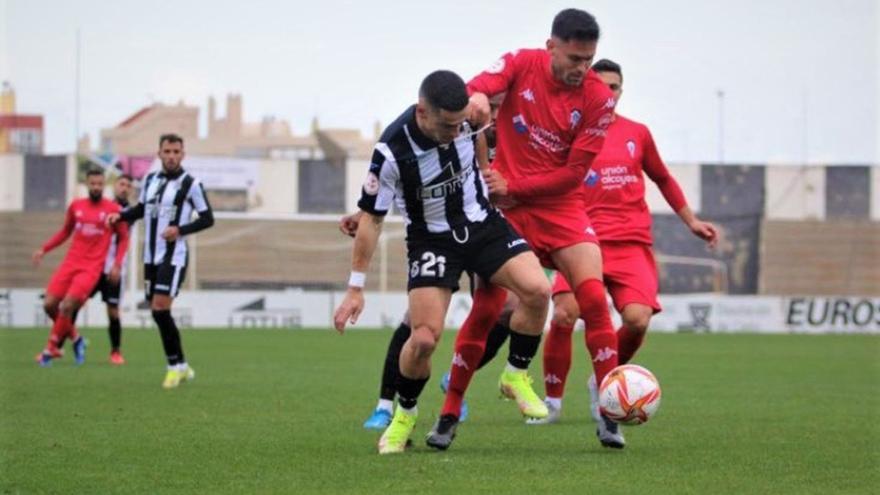 Alcoyano suffered their third consecutive defeat in the league yesterday after visiting La Línea de la Concepción, where they had not played for 32 years. Vicente Parras’ team seems to be more focused on the Copa del Rey, in which they will face Real Madrid at Collao on January 5, since in the last league games they do not seem to find the intensity and strength that is characterizing them. in the KO tournament.

Before Real Balompédica Linense, perhaps the effort made just three days ago to eliminate Levante from the First Division from the Cup took its toll, since up to a total of 8 players who played that match as starters, also jumped onto the pitch against the team. known as «La Balona».

It was presumed a game that was very even due to the positions of both teams in the qualifying table, with only one point difference in favor of La Linea, and it was. In the first half, the match was short on scoring chances and there was no clear dominator. The game was locked and even, although the Linense seemed to print a little more speed in their plays and enjoy more approaches to the rival area.

In fact, after ten minutes a goal was disallowed for offside that, although the illegal position was clear and did not admit discussion, it did show that the local team was putting more effort than the rival in finding the opposite goal. .

It was in the last minutes of the first half, when Alcoyano managed to take the game back to their land and took control of the situation, showing themselves more dangerous than they had done in all the previous minutes.

Shortly before the break, Leandro had to retire injured, so the local coach, Antonio Manuel Ruiz, gave in to Coulibaly who, curiously, would end up scoring the winning goal for his team.

The second half was very similar to the first, although with Alcoyano more balanced on the pitch, which made the equality even greater between the two teams, since Linense remained in line with the first period.

In fact, in the 73rd minute came the home team’s winning goal. It was an unfortunate play for Alcoy’s team, as there was a backward pass that hit a visiting defender to deflect the trajectory of the ball. Coulibaly benefited from this diversion to head as the ball arrived and introduce it into the goal to the surprise of José Juan, who was not expecting something like this. After the goal there were moments of confusion in those of Collao that Linense took advantage of to generate danger. Thus, in the 76th minute, Borrio smashed the ball to the crossbar on a free-kick. Alcoyano immediately recovered and went up in search of the tying goal that never came.

In this way, the Parras team says goodbye to the year 2021 with three consecutive defeats and waiting to return to the competition on January 5 in the Cup against Real Madrid and on January 8 in the league against Castellón. Both in the Collao.

Outrage at the time of the Cup match against Madrid

The Federation schedules the clash on January 5 at 9:00 p.m., so it coincides with the Three Kings parade

All have not been joys with Alcoyano’s pairing with Real Madrid in the round of 32 of the Copa del Rey. All the euphoria that existed since the result of the draw was known at noon on Friday translated into sadness at the end of the day when the Royal Spanish Football Federation (RFEF) announced the meeting time, which has been set for Wednesday 5 January at nine thirty at night.

The most anticipated game in Alcoy and that last year fans could not enjoy due to the covid-19 pandemic will coincide with the traditional Three Kings Parade, which is one of the great events of the city and a festival declared of National Tourist Interest and It is considered the oldest in the world, taking place since 1885.

The coincidence of the match with the parade has outraged the club, fans and representatives of the City Council, as well as its mayor, Toni Francés, who has already announced that they will work together with the club to try to change the meeting time so that it does not coincide with the Cavalcade, which is the most anticipated event of the year in the city. It is expected that the special circumstances that Alcoy has that day will be taken into account and that it can be transferred to Thursday, January 6. The intention is that the boys and girls and the many people who participate in the great act of Twelfth Night can enjoy the Parade and the game.