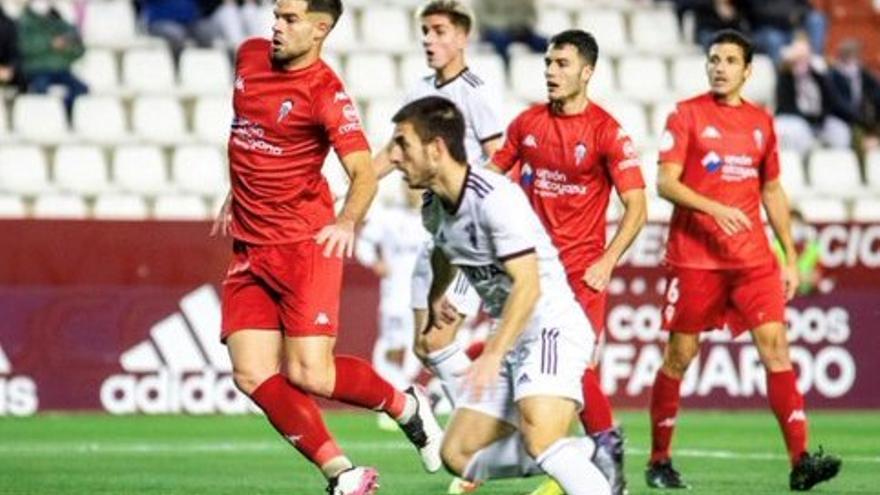 Albacete Balompié ended Alcoyano’s streak of eight consecutive games without losing in the league. Vicente Parras’ team was defeated 2-0 at the historic Carlos Belmonte stadium against a direct rival from the top of the table, 33 years after the last time Alcoy’s team had visited that stage in league competition. On this occasion, those of the moral, dressed in red, could not repeat the result of 1-3 that they achieved on that previous visit. Two goals in the second half, one of them from a penalty, ended up placing the third defeat of the season in the Alcoyan team.

Vicente Parras went to the crash with the loss due to Mourad’s suspension and with the doubt due to injury to Juli who was finally on the bench but did not get to play. They also presented themselves with the vitola of being one of the best teams in the home category, a condition in which they only lost to Gimnàstic de Tarragona on the fifth day. But this time, as it happens so many other times, the statistics were to break, and Albacete knew how to find the way to do it.

The first half was very even between two teams very well planted on the pitch and eager to please. However, and despite the fact that there were opportunities for both sides, the local team enjoyed the clearest chances, which was a warning of what would happen in the second half, which was when the team led by Rubén de la Barrera achieved the victory goals.

In the 10th minute, Albacete crashed the ball into the post through Dani and shortly after it was Jona who had the chance to score for Alcoyano, but his shot went wide.

In the 18th minute, Alcoyano’s goal was annulled for offside, and around half an hour, there was a clear double chance for Parra’s team with a shot by Ángel Sánchez that Bernabé cleared in the first place, and a subsequent play by Anton who did not find a finisher in the small area.

From there, José Juan, emerged as the protagonist of the match despite the defeat of Alcoy, since in the 38th, 42nd and 44th minutes the veteran goalkeeper avoided the goal of the local team and allowed the two teams to go to rest with equality on the scoreboard.

But shortly after the second period began, specifically in minute 47, a defensive error by the visitors left Rubén Martínez alone at the far post to open the scoring account without José Juan being able to do anything.

The Alcoyano coach reacted quickly by making a double change to try to control more the center of the field, but it was not enough to reverse the situation. In fact, José Juan avoided the second of the premises in a double intervention in the 59th minute.

The hopes of recovering the game, something he already did on some other occasion this season, disappeared for Alcoy when a penalty committed on Johannesson facilitated the increase of the advantage of the Albacete team with a goal from the eleven meters that he scored. with cold blood Manu Fuster.

With the 2-0, everything was a desire and not power of the visitors who saw how the game inevitably escaped them and, with it, their impressive streak of eight consecutive games without losing in the league and nine if the Cup is also counted King.

The people of Albacete knew how to take the game to their land and closed gaps to perfectly control the remaining minutes, leaving practically no options for their rival who never gave up trying. Morale was losing as time passed and the comeback was forged as a little less than impossible task. The players were assuming defeat and could do little more than accept it with sportsmanship.

On the following day, Alcoyano will host bottom Llagostera.