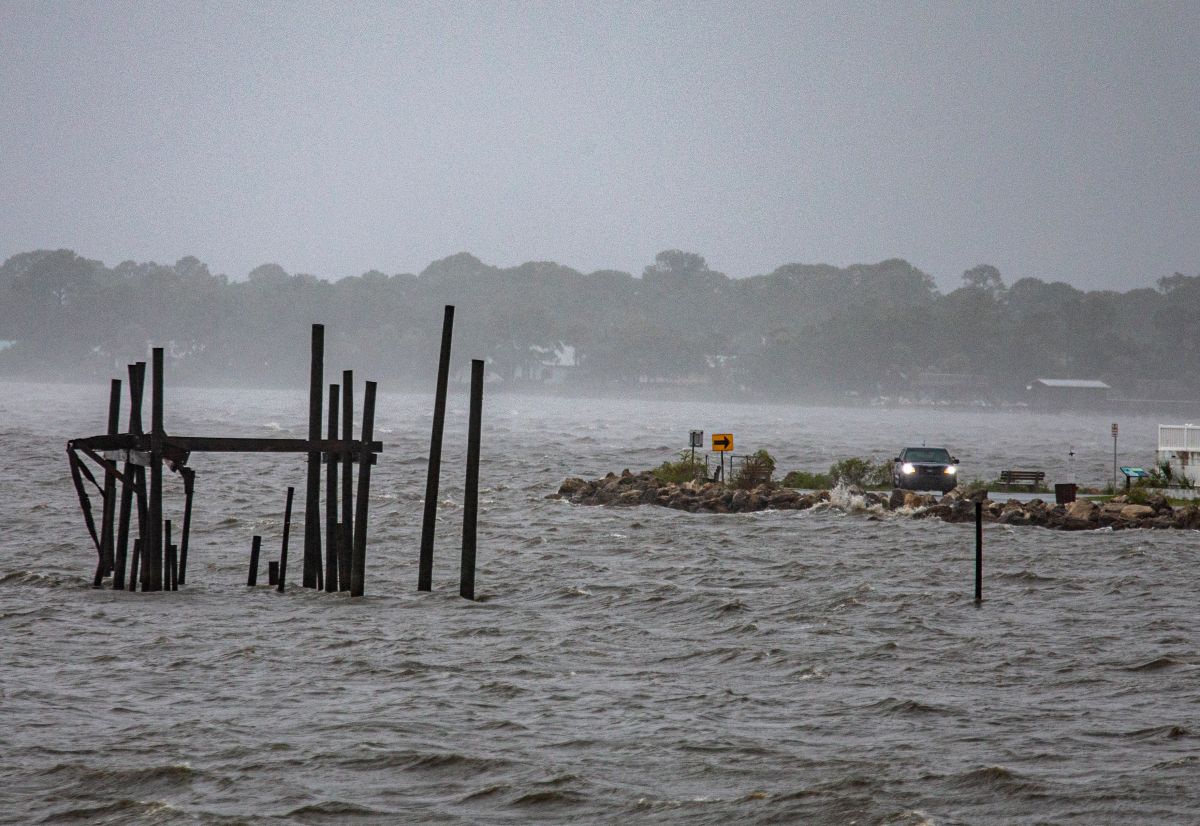 After affecting with rains and floods several states in the southeastern US, Tropical Storm Elsa is moving rapidly toward the east coast and heading for New York and Jersey, where it could arrive tonight.

Yesterday Elsa left at least a dead person on Florida and then caused a possible tornado at a Navy base in Georgia that overturned RVs and injured multiple people.

This morning caused torrential rains in South Carolina and was expected to move to North Carolina towards the afternoon. The storm should pass near the eastern mid-Atlantic states tonight before moving to the tri-state region of NY, NJ and Connecticut, reported Pix11.

Particularly In NYC there is a forecast of 75% rain for tonight and tomorrow. The rest of today and into the evening the temperature will decrease from a wind chill of 93F (34F) to 66F (19F), then rise again at dawn on Friday.

The first rains in our area associated with Elsa could arrive as early as this afternoon. But the worst of the rain and wind will hit the tri-state region tonight and Friday morning. Roads, rivers and streams could end up overflowing before dawn.

“Fortunately, the coastal sections will not have to deal with a storm surge, but beach erosion and strong swell they are a real possibility ”. Then a cold front to the west could bring additional rains and storms tomorrow afternoon and into the evening.

In general, 2 to 3 inches of water will be possible, but some local areas could exceed that amount as well, according to the NWS.

In terms of winds, the worst is likely to be offshore, but storm force gusts tropical above 39 mph they could occur tonight and early tomorrow in coastal areas that are currently under the warnings.

The power outages they will be a concern for many, while any lightweight item outside could blow away in gusts. Weather updates can be found here and on the website of the IT NY.

Tropical Storm Elsa is forecast to track northeast, inland through the Mid Atlantic tonight, and then off the NJ coast and near or over the Tri-State coast Friday morning. Click the link for the full briefing! https://t.co/309UaETh8S pic.twitter.com/csyt9qW96t