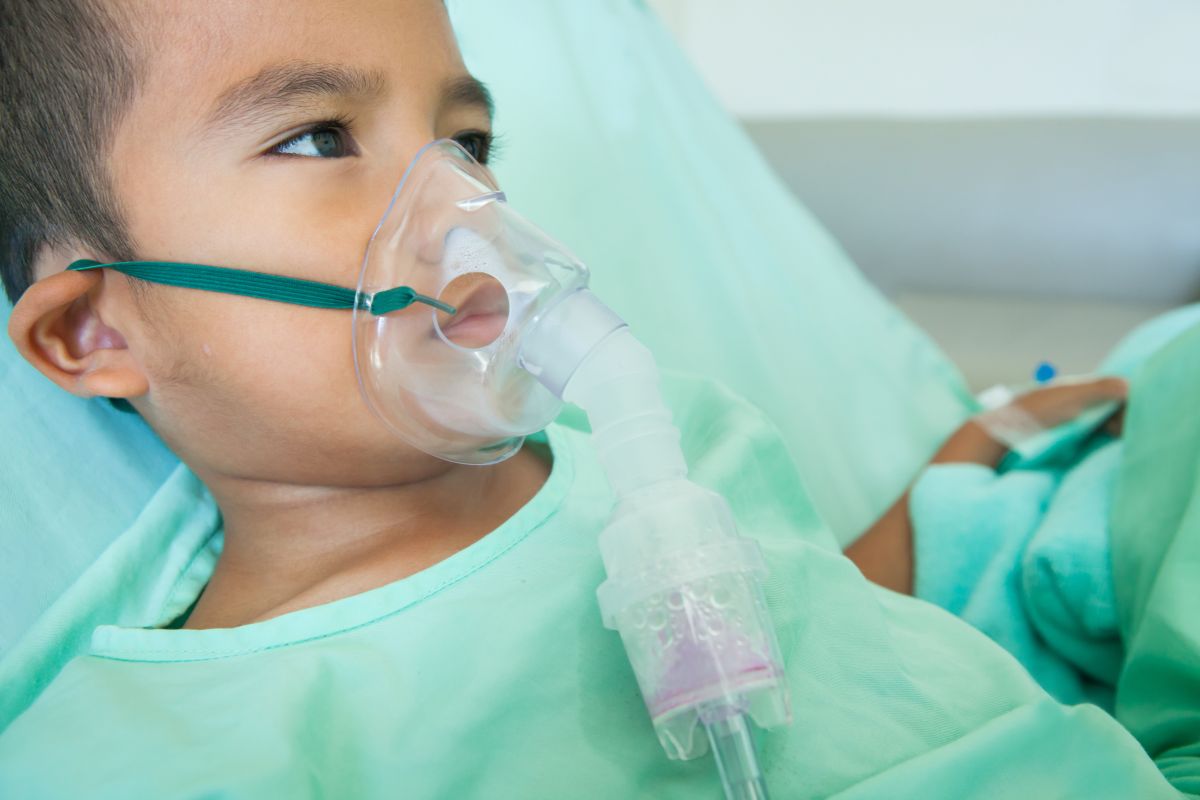 In recent days the Centers for Disease Control and Prevention (CDC) have once again raised the alarm bells, especially in parents, By detecting that a virus independent of COVID-19, it is causing children to end up in the hospital.

It is the so-called respiratory syncytial virus (RSV), which also attacks the respiratory tract, especially in minors, and which generally circulates in winter, which is why its presence in midsummer has caused surprise.

According to information published by the New York Times, government agency officials have expressed concern about a simultaneous increase in Delta variant infections and RSV cases. Infectious outbreaks peaks, with hospital admissions, have been recorded in Texas, Florida, Louisiana, Oklahoma.

One explanation for why this is happening, experts say, is that children may be more vulnerable than usual to respiratory viruses and seasonal infections because they were exposed to little germs during lockdowns resulting from the pandemic.

The first thing to know is that this it is one of the most common respiratory viruses on the planet. It has been known since 1956, the year in which it was isolated and generally attacks newborns and infants who are in their first months of life, as well as the elderly with multiple pathologies. In children under 1 year old, RSV can cause bronchitis and apneas.

It is an RNA virus, so it does not give complete immunity and therefore reinfections are very frequent. Usually the first infection is more serious, the second and third are less serious and present as a mild respiratory form.

Every year, about 33 million cases of respiratory infections are registered, of these, 20% that occur in children under 5 years of age are caused by RSV, generating about 3 million hospitalizations and about 100,000 deaths, especially in underdeveloped countries.

Generally, the first symptoms RSV causes are apnea. Then the RSV infection starts like a simple cold, with sneezing, cough, sore throat, fever. From the third to the fifth day They may begin to experience shortness of breath, then increased respiratory rate, widening movement of the nostrils, and retractions of the skin at chest level during breathing, which is why they often need oxygen.

The diagnosis is mainly clinical, by means of the auscultation of the thorax, listening to noises called rales and that are bilateral, that is, in both lungs.

Regarding the treatment to be followed, only in cases of minors with a serious condition or with the presence of some heart disease, prophylaxis with specific monoclonal antibodies is usually carried out. Otherwise, there are only supportive therapies, that is, washing the nose and the upper respiratory tract; administration of fluids and in some cases the use of a bronchodilator is enabled.

Children who usually have RSV should have a medical follow-up as a possible relationship between RSV and the development of asthma at an early age is still being studied.

So far there is no vaccine to deal with this virus and what experts fear most is that with the reopening of schools and the relaxation of anti-COVID measures, pmore serious cases may occur in the months of September and October, especially in newborns, since future mothers may have a lower concentration of RSV antibodies to transmit to their children.

Given the situation, it is recommended that parents carry out and encourage the following actions in their children: constant hand washing, use of a facial mask, do not send children to school if they have presented a fever and wait a few days for them to return. to their school activities, continue to practice social distancing measures.

What is Chapare, the virus that is transmitted from person to person and causes an alert on the internet?