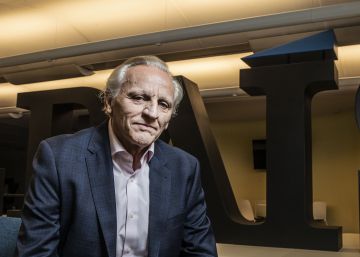 The director of EL PAÍS, Javier Moreno, has appointed Álex Grijelmo (Burgos, 64 years old), head of the new Publishing Unit of the newspaper, with the position of deputy director. This unit will be in charge of guaranteeing the quality control of all the news, both in the digital and printed editions. The creation of the department will take place in two stages. In the initial phase, Grijelmo will prepare a diagnosis of the editing processes both on the web and on paper, as well as the controls that are carried out until the publication of the texts. Then a team will be created to handle these tasks.

Grijelmo has a doctorate in Journalism from the Complutense University and completed the senior business management program (PADE) at IESE. He began his career as a journalist in the Burgos newspaper La voz de Castilla. In 1977 he was hired by the Europa Press agency. He joined EL PAÍS in 1983 and for 17 years he held various positions in the Editorial Office. Since 1989 he is responsible for the newspaper’s Style Book.

In 2000 he assumed the direction of the chain of local and regional newspapers that were then owned by the Prisa group (EL PAÍS publishing company); and in 2002 he assumed the position of general director of Contents of Prisa Internacional (a division that included press, radio and television media in Colombia, Bolivia, Mexico, Chile, Panama and Costa Rica).

In 2004 he was appointed president of the Efe agency. During this stage, he created the Fundación del Español Urgente (Fundéu) and promoted the approval of the Editorial Statute, which guarantees the independence of journalists from the Spanish news agency. During this period, he also chaired the World Council of Agencies for three years.

In May 2012, he rejoined Prisa Noticias as director of International Development, and in 2013 he was appointed deputy to the then director of EL PAÍS, Javier Moreno. Since June 2018, he directed the UAM-EL PAÍS School of Journalism. As of his arrival, he stressed the need to work according to the rules that have made EL PAÍS a national and international benchmark due to its high journalistic standards.

Grijelmo has published ten books on language and journalism. Among them is The Style of the Journalist, which is studied as a textbook in colleges in Spain and America. In 2019 he received the Castilla y León Prize for Social Sciences and Humanities; in 1999, the Miguel Delibes national journalism award, and in 2006 the Honorary degree (honorary degree) of the ESERP university foundation for his business management, as well as the Golden Antenna of the Association of Radio and Television Professionals for his collaborations on language in the RNE program It’s not just any day. In April 2018 he became a member of the Colombian Academy of Language; He has been a teacher at the New Journalism Foundation, created by García Márquez, with whom he co-directed a workshop on reporting and style in 1998.

New edition of the style book

Journalism must adapt to reality immediately, and so must the EL PAÍS Style Book, which is updated and improved. The return of Álex Grijelmo to the Editorial Office coincides with the publication of a new edition of the Style Book, which has had the support of a working group formed by Ana Lorite, representing the Professional Committee, by the philologist Pilar García Mouton and by the gender correspondent of EL PAÍS, Pilar Álvarez. This update was an initiative of the editorial committee promoted at the time by the former director of the newspaper, Soledad Gallego-Díaz. “The EL PAÍS Style Book is not a common grammar or dictionary. It is simply a small constitution, a contract with the readers, an internal code that endows the newspaper with its own personality and facilitates the task of those who get information from it ”, summarizes Grijelmo.