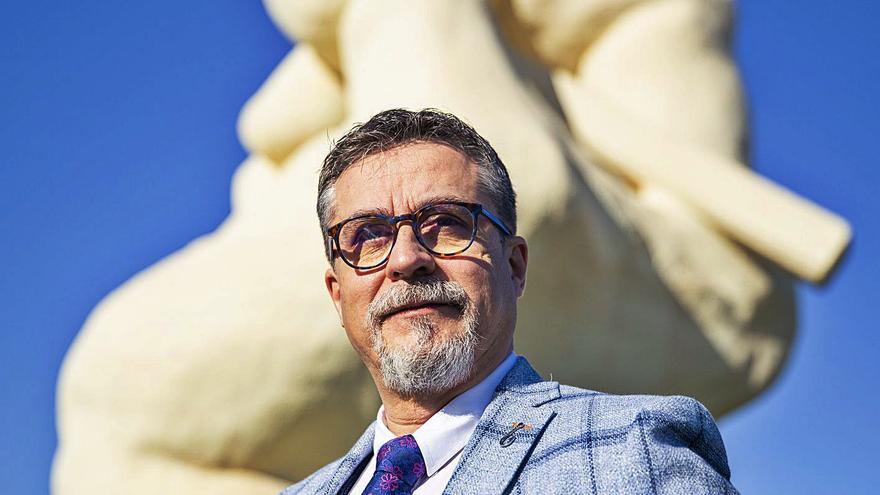 We are seeing the effect of the lights -the Christmas lights-, and of the festive bridges, and for the third time in a row already. The first one could catch us for not yet knowing what there was, the second it seems that it did not matter, and now, the efforts of the authorities are more focused on finding very lax regulations that discharge all responsibility on the citizens.

It is not that we are not responsible, but the situations in which the virus is transmitted are not fully understood. Being in groups of 5 to 8 relatives, people relax, they think they are among friends, protected. They hug, hug, drink, clink glasses, and that is exactly the point where more transmission is generated: restaurants, shopping centers and family gatherings.

What do you think of the new restrictions for the Christmas holidays?

In Spain it is understood based on prohibitions and fines, and as long as we do not put something very drastic, such as absolute confinement, people will not understand it. Countries more compliant with governments such as Germany, the measures are much more drastic. I think Spain should act like when you see your neighbor’s beard cut, that of putting yours to soak. The saying is very clear and, if Europe sees the third wave clear, the restrictions should be increased.

Do you think we haven’t learned anything?

Well, first we saw what was happening in Italy, but we thought that our Health was stronger and that we were better prepared and he gave us the slap, because neither the Health is that strong nor are we better prepared. But nobody was spared, there was no manual on how to do things. Now, with so many millions of people affected and so many countries of reference, if we don’t do things, we don’t want to do it well.

Is the economy too heavy?

The economic crisis that exists is very hard, and the one that will come, but it would be better to make a full stop for one month than not for half a year of half stops. Even in the long term, stricter measures can benefit the economy, even if they seem harsh a priori, but nobody wants to make unpopular decisions, although Merkel is clear about that.

How long will the vaccine immunize?

At the moment, it is not known more than three months of protection, since they began to be put in the US, but there has not been time to find out more. It also seems that the immune protection for those who have been infected naturally lasts between 7 and 8 months, from the first March, but as time passes it can increase.

And other effects of the vaccine? Does it prevent transmission?

It is very important to know that it protects the person if they face the virus, so that they do not have the disease, but it seems that Fzifer’s in particular does not protect against transmission. That is, if they are infected, they will be protected, but there may be a little transmission, there is no absolute security.

Does it mean that we will not be able to relax even when vaccinated?

While we live with unvaccinated people, we will have to continue with the distancing and hygiene measures. The vaccine gives personal protection but not for family members, friends, or society until two thirds of the population is not immunized, the herd that is said, so that the transmission of the virus is very unlikely. I would not say dates for 70% of the population to be protected, I hope it is in summer as some say, but I think it is very optimistic.

What would you say to the skeptics about the vaccine?

I do not see skepticism wrong, science grows by wondering and with doubt, but when there is evidence it does seem wrong for me to deny it. It is a matter of social interest, not of the health of the individual.

Would you force yourself to be vaccinated?

It would not force it, but it would undertake two types of actions: an education campaign for citizens, because we are a country with very poor health education, to explain very well how the vaccine works; and on the other hand, it would change the legislation as a dissuasive action, such as that, to access certain activities or sites, it is necessary to demonstrate that one is immunized, for example to a football stadium with thousands of tickets, or to a concert, a museum, sites that they are known to be risky. As to take the car, you have to have the license and nobody forces me to take it off if I don’t take it. It would be situations of that style, it would have to be studied. It is not about imposing but it is about limiting.

Do you think this first vaccine will be definitive?

I don’t think this first is the one that stays. There will be more next year, at least that of Moderna, that of Russia, one or two of China, and with more delay that of Oxford and others, but it is not certain that this year’s will be the most powerful or the most durable. . Almost all the first vaccines deal with the protein of entry of the virus into the cell, and although it is what interests most, the virus has many more molecules in its structure, and perhaps other vaccines will be more energetic towards a stronger immunity and more long term. The same with a single dose of these others is sufficient, which is what happens when they are more complex in their preparation. There are two Spanish women in which the CSIC, the Higher Center for Scientific Research, works with these characteristics against the total virus.