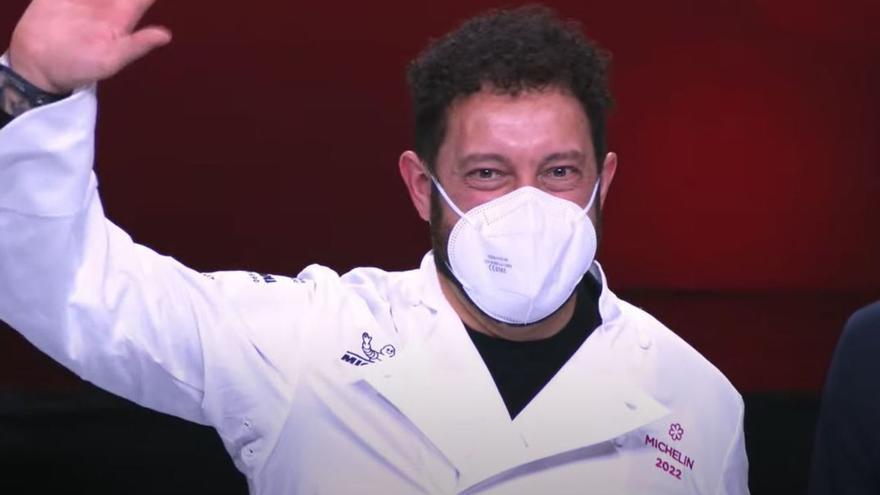 The restaurant Peix & Brases de Dénia yesterday added a new Michelin star to Alicante gastronomy, by the hand of chef José Manuel López Iglesias, at the annual gala held on this occasion at the Palau de les Arts de València, with the Alicante actress Ana Milan as a presenter. His “product” cuisine that he prepares “with the excellent ingredients from the Dénia fish market, the orchard and the rice fields in the area” are the characteristics of his cuisine, as highlighted in the awarding of this distinction.

Peix & Brases, which also has two Repsol suns, considers that “the product comes first, the reason for our cuisine”, with the sum of tradition and avant-garde.

The other side of the coin was the loss of two stars for the province, those of the Monastrell restaurants in Alicante and Orobianco in Calp, so there are 15 distinctions from 11 restaurants that finally remain in Alicante territory.

Quique Dacosta also had another recognition through the Michelin star that Deessa achieved, by chef Ricard Tobella, one of his proposals at the Mandarin Oriental Ritz in Madrid, of which he is the director.

Of the 27 restaurants that were distinguished with their first Michelin star, six are from the Valencian Community, including Peix & Brases, ranking as the autonomy that has added the most awards. The other restaurants are Lienzo, by María José Martínez; Fierro, by Carito Lourenço and Kaido Sushi Bar in Valencia; Arrels, by Vicky Sevilla, in Sagunto, and Atalaya, by Alejandra Herrador, in Alcossebre.

The list of biestrellados incorporates four projects. Amelia by Paulo Airaudo, in Donostia; Voro, located in Canyamel, on the island of Mallorca, with chef Álvaro Salazar; Smoked Room, with the young Massimiliano Delle Vedove, which opened in June and has gone straight to the two stars. Finally, the Iván Cerdeño restaurant, named after his che.

In this edition, two new prizes were awarded. That of Young Chef, which went to Mario Cachinero, from the Skina restaurant in Marbella, and that of Mentor Chef that went to Martín Berasategui, with 12 highlights. “I come from a humble popular food house, but with the culture of effort and desire to transport happiness,” he said.

A lesson in endurance

“Here we see real giants of gastronomic culture, among them the 23 Michelin stars of our Valencian chefs,” said the President of the Generalitat, Ximo Puig, during his speech. A gastronomy that, he affirmed, “has known how to innovate and is an engine of employment that has given us a lesson in resistance and solidarity during the pandemic.”

He recalled that it generates 16% of employment and represents 15% of the GDP of the Valencian Community. Likewise, it vindicated its role “in the face of unfair prejudice” by stating: “It has given us a lesson in resistance and solidarity” during the pandemic, and demanded “respect for all its professionals”, ensuring that “job dignity” constitutes one of the challenges faced “with the help of the Administration.”

Puig highlighted the work of the cooks because “your talent promotes the entire sector”, in addition to ensuring that “you preserve the culture of our lands. Your quality is not only the award of the Michelin stars, you are the stars that make our kitchen shine at a time like this ».