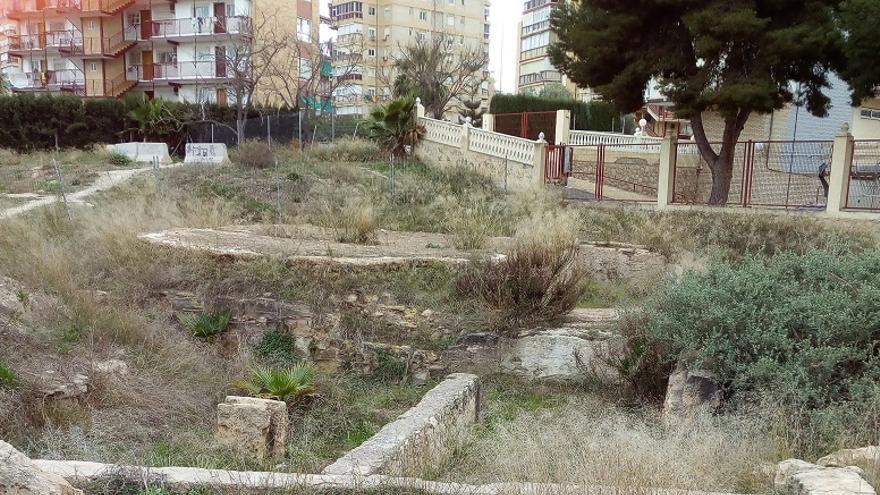 In 2003, the Alicante City Council drafted a project to convert the site Nations Park, declared BIC, in an archaeological park that can be visited. Later, in 2010, the council announced that the project would be carried out and it would become an open-air museum. But the Roman villa has remained in absolute oblivion for many years and the archaeological remains coexist with the trash and the weekend bottles.

Now the Department of Culture of the Alicante City Council will take tomorrow to the Local Government Board, the signing of a collaboration agreement with the University of Alicante to carry out the project for the protection and archaeological diagnosis of this enclave, with a budget of 40,150.22 euros. This will only be the initial phase of a broader proposal that pursues the total recovery of the enclave.

The purpose of this agreement is to establish a collaboration of scientific-technical character to carry out the archaeological intervention, the purpose of which is to offer a complete diagnosis of the state of the archaeological remains of the Parque de las Naciones site located in the city of Alicante, in order to project its further investigation and enhancement.

Phases of the project

The complete project of the archaeological site will be developed in different phases, setting secondary objectives based on the times and resources used, with the final horizon being the excavation of the site, its investigation and the creation of an urban space archaeological and integrated for public use. The different phases will have to set out their objectives, the specific actions and the resources that they require, as well as the legal instruments to be articulated for their execution.

This agreement includes only the execution of the first part, phase 0 of the project, which will focus on the complete diagnosis of existing structures, both excavated and those that are not. The initial actions will serve to to diagnose the current state of the site, consolidate and protect the remains already excavated, and propose future actions that will be developed in successive phases. These actions are framed in phase O of diagnosis and will have a preferential objective of salvage and protection of heritage.

In this way, both the City Council and the University of Alicante will collaborate together for the effective execution of phase 0, carrying out cleaning and consolidation work of structures already excavated and in imminent process of degradation, georadar prospecting of the entire site in order to plan the successive phases, as well as specific archaeological excavations to consolidate the remains and document the elements.

In addition, for the University Institute for Research in Archeology and Historical Heritage (INAPH) of the University, carry out part of the works included in this agreement for the cleaning and consolidation of structures and archaeological excavations, studies and corresponding reports, the City Council will assume part of the cost of execution for which it will pay the University of Alicante the amount of 40,150.22 euros once phase 0 is finished.