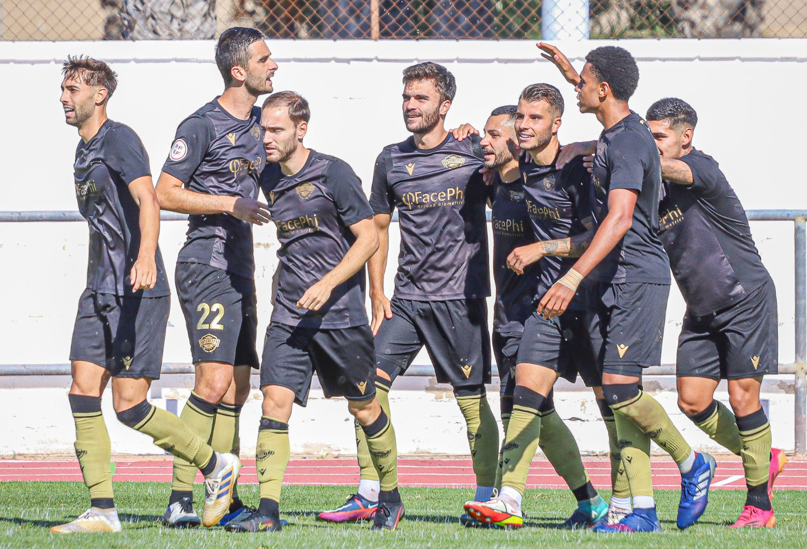 The bell will ring this Friday morning at the Madrid Stock Exchange Palace to welcome football. The ball reaches the park, a means of financing that until now had not been exploited in Spain, even though there are many examples in other neighboring countries. Up to 25 European clubs are listed on their corresponding markets. Tottenham was the first, in 1983. Manchester United and Celtic of Glasgow also do it in the United Kingdom, Juventus, Lazio and Rome in Italy, Lyon in France, and Borussia Dortmund in Germany. Also the three great Portuguese (Benfica, Sporting and Porto) and the dominators of Turkish football (Galatasaray, Besiktas and Fenerbahçe).

Now the Intercity is added in Spain, an entity based in Alicante, with just four years of experience, which jumped onto the field in 2017 to rise since then to the fourth echelon of national football, the Second Federation, where it competes, among others, against the city’s historic club, Hercules. In December 2019, it joined the Pre-Market Environment, a training program for Spanish Stock Exchanges and Markets aimed at those companies that want to know how capital markets work. Almost two years later, Intercity has managed to complete a process that requires an uncovering that no Spanish football club had accessed to date. “Perhaps it is easier to make these types of decisions in a small team that starts from scratch and without backpacks,” reflects Jesús González Nieto, managing director of BME Growth, the market accessed by Intercity.

“We are the Stock Market of SMEs”, illustrates González Nieto. BME Growth was born in 2009 under the name of Alternative Stock Market, supervised by the National Securities Market Commission and integrated into the Stock Market, but with rules adapted to the capacity of small companies that do not have armies of auditors or financial experts who are required to access the Continuous Market. Companies in the renewable energy, telecommunications or technology sectors have found a channel to grow. Also FacePhi Biometría, specialized in facial control, and promoted by Salvador Martí, the president of Intercity: “We hope to repeat the success.”

Going on the Stock Market is not easy. The Intercity underwent rigorous audits, they had to show account books and assume not only a commitment to transparency, but also to good governance. In the background there is a glimpse of the possibility of a change of course for some football clubs. “At some point it had to happen”, explains González Nieto, “because the generalization of the practices of transparency and financial rigor in professional clubs will guide them towards the decision to start trading. It is not a requirement that money enter or not, it is already a social requirement ”.

At BME Growth they are ready to help the football sector to take the step as they already do in other areas. Intercity has invited Javier Tebas, president of LaLiga, to ring the bell, where the process is followed with interest and the advantages offered by listing on the Stock Market are addressed. The most obvious is to raise financing under conditions that no bank can offer. The Intercity starts with a value of 4.4 million euros and wants to capitalize 5.5 million more with a price per share of 1.20 euros.

”It’s one thing to be on a team. And it is quite another for the team to be yours ”, they explain in their motto to attract shareholders. Something like this happens in reality: it is one thing to be, as up to now, a shareholder of a club that is SAD, but is not listed on the Stock Exchange, and another to be a shareholder of one where the value of each share fluctuates every day. Juventus and Manchester United skyrocketed when the Super League was announced. Then they deflated. When Cristiano Ronaldo arrived at Old Trafford in late August, his team’s shares rose 8%. If Intercity, as expected by its mentors, reaches professional football, those 1.20 euros per title acquired will multiply exponentially.

“But a club that is listed not only obtains recurring financing”, warns González Nieto. “It also achieves a brand image that is implicit in its desire to be transparent, to be governed through a Board of Directors with independent members or the presence of a specific audit committee. Assuming all these dynamics offers credibility not only with investors but also with suppliers, clients or potential partners. Also before the financial sector itself. Banks do not look at you the same if you are a listed company or you are not ”, sums up the managing director of BME Growth. Credibility is assumed when nothing can be hidden. In Portugal, for example, the three big clubs publicly detail their transfer operations. For example, that of João Félix from Benfica to Atlético was reported by the Lisbon club in detail, to the point of describing even the costs of the intermediation service, 12 million euros, that Benfica assumed. No Spanish football club explains something like this.

The Intercity, which has 241 shareholders and between seven of them group 40% of its share capital, moves for now in other volumes. And today it is in deficit because they barely have income from subscriptions or television rights and, according to their managers, they invest above the prices of the category in which they play to scale as soon as possible and reach divisions in which money multiplies . This year it allows free access to spectators in exchange for the municipal transfer of a field and meanwhile pays salaries that exceed up to three times those that its neighbor Hercules can pay. Going public will offer more economic muscle to a sports entity that has also created a structure with 18 base teams.

Last year the club had income of 221,000 euros (mainly subsidies and the sponsorship of the company of its own president) and losses of 2.3 million that left it at the end of the season in a situation of technical bankruptcy: net worth negative of 719,801 euros, according to the latest audited accounts. The company says that it has remedied this situation just before going public with a capital increase of 807,000 euros, which would have a net worth of just under 100,000 euros, but it goes public valued at 5.56 million.