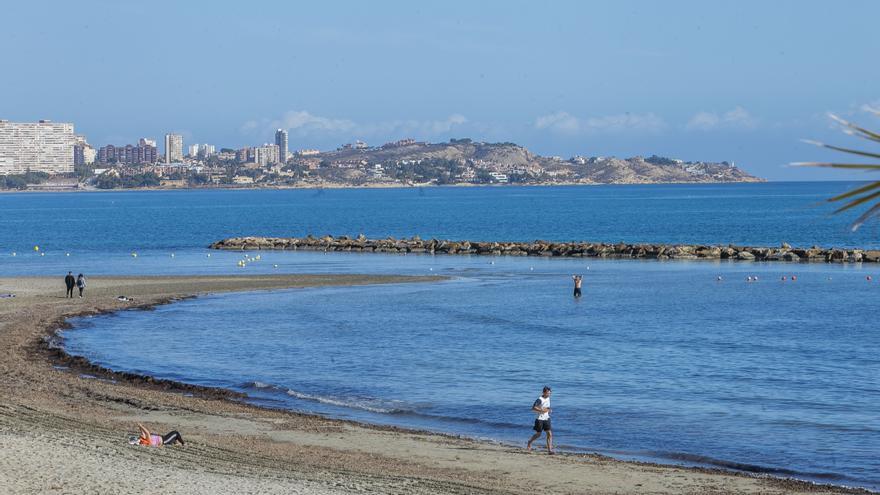 The much commented sadness that every day hangs over Alicante from las shutters lowered it is not merely superficial or poetic. And despite it being true that from six o’clock in the afternoon, the few walkers who walk our streets come across a melancholic and hibernating scene waiting for better times-even the public lighting seems to have partially closed out of solidarity with the shops-they also come across another type of sadness even more important in those same streets, especially for those who experience it in the first person.

When night falls, at around seven in the afternoon, instead of walks with horchata or ice cream, performances, exhibitions or cultural visits, the main activity of the old town, a mecca of tourism in any city or town that aspires to attract it, are known as hunger tails. Clarines sounded almost two years ago when the Nuns of the Blood were forced to leave the Monastery located in the heart of Alicante to move to the Holy Face. A thousand and one public uses were announced for the property considered to be of cultural interest. Alicante, the city of advertisements. The reality is that today it has become a space for solidarity in which food and hot drinks are distributed to countless passers-by who are those who now walk through the historic center of Alicante and those who today sit on the benches of its squares to ingest what the Church has given them because they have no other place for it. Unfortunately, that is the reality of this city in 2021: that of hunger. It exists and is as real as what others of us live in our homes.

Surely this image is incompatible with tourism, since we all selfishly prefer to look the other way and not find ourselves face to face in front of the baroque façade of the City Hall, whose beauty from another century now fights against cables and pigeon nests, with huddles of homeless chatting, washing in the fountain and finishing the last spoonful of their containers delivered a few meters away. If we add to this the Alicante Gastronomic initiative, which while the hospitality sector remains closed, feeds so many people in need, or the Caravans of Cáritas that run through many neighborhoods, but also the surroundings of the Main Theater or the Central Market, distributing hot chocolate and broth to those who suffer from cold and hunger supported by the main icons of the city, we find the truth of this, our Alicante.

The City Council, after more than three years with the position of manager of the Tourist Board vacant, does not have a plan, just as it did not have it before the arrival of the pandemic when the only concern was the suitability of the location of the controversy and Unpunctual tourist office while the passage of time made a dent in the face of the city.

The potential of Alicante is evident and is not only reduced to the sun and the beach that increasingly they need a strong complementary offer to be a product capable of standing out in a market as competitive as the Mediterranean. All that is here, but it is not enough if it is not put into value. The arrival of cruise ships to our city, apart from the hit of 2020, had been declining since 2017 while, on the contrary, tourism signed record figures throughout the world. The main theater, which in 2016 led the ranking of the most outstanding cultural entities in the Valencian Community, fell to 22nd place in 2019, when the virus was not even sensed yet. Like MACA, which dropped from third to eleventh in those same years. Why? Due to the lack of interest that everything that happens in this city has.

Far were the great events as in his day was the Volvo Ocean Race or the halo of style and glamor of our beaches in regression, with footwashes from the last century and destroyed accesses. The state of the old part of the city, without which we will never achieve a brand image, personal and with character, that identifies and relates to Alicante beyond Muchamiel, has long gone from decadent to denigrating without ever having been setting clear criteria to enhance the personality and charm that it undoubtedly possesses. Icons such as the Parque de la Ereta or San Fernando, completely abandoned and forgotten, only attract the interest of fans of large bottles. Tabarca, that Alicante paradise that claims to be the first marine reserve in Spain and that could be an example of everything, is content to find a definitive solution to its problem with garbage and overload. Not to mention the castle of Santa Barbara, It’s lit up in patches and you never know if your elevators and walls are open, closed or broken. Or the patrimonial jewels that are Santa María and San Nicolás in which there is not a single indication for tourists or for the people of Alicante interested in their cultural aspects (asking for QR codes already seems obscene to me). And the only wild card that always remains are the Bonfires that flood until Christmas in the form of a giant Nativity scene. Can’t we really come up with more ideas? We are in 2021, having free wifi is something that perhaps in a remote town of Morocco It is useful for tourists, but in a city like Alicante the level of demand is much higher, or so it is to be expected. But no, there are not even public toilets like in big European cities. We drag the shortcomings of the twentieth century in a time in which the technology and knowledge that we enjoy at our fingertips provide us with solutions. Just look around, although even copying requires intelligence.

Hotels, restaurants, cafeterias and other tourist companies, together with their suppliers, are the livelihood of thousands of families in the city. They offer their services to satisfy the needs of many other people from Alicante and of everyone who visits us interested in our culture, nature, tradition, climate, environment … but if we do not conserve, pamper and enhance all this, we will not achieve anything, because for less than what a bus to Valencia is worth today you can fly to any remote corner of Europe. How to make it still worth choosing The best land in the world?

In short, it has everything to be it and surely one day it was, but, today, Alicante is not a tourist city. The key is not to resist, but to reinvent yourself.