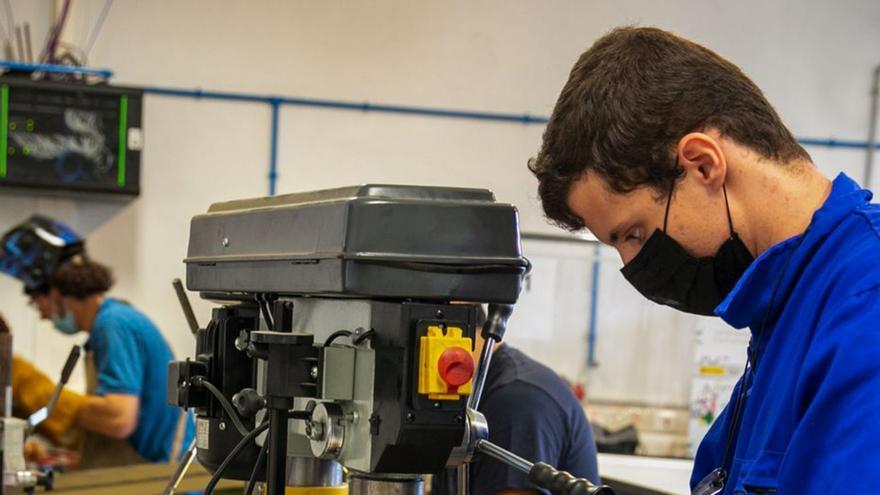 The Department of Education, Culture and Sports is the second that will receive the most money from the regional budgets for next year, with 5,202 million euros, only behind Health. It is 7.6% more economic injection to try to respond to the educational needs that the pandemic has multiplied. This department, which accounts for 18.6% of the total accounts, is awarded 42.6% of the personnel costs, 3.2 million euros. Only the teachers are around 78,000 people, a number that has not stopped growing since 2015 and that has been accentuated by the needs of the pandemic.

Going back to the educational infrastructures planned in the province of Alicante, those that affect the CEIP El Bracal de Muro de Alcoy stand out, for a value of 38 million euros; Poor Virgin of Xaló; Gasparot de La Vila Joiosa; Immaculate Conception of Torrevieja; La Paz de Torrellano; Lady of Guardamar del Segura; Gran Alacant de Santa Pola; and Amanecer de Torrevieja, with regard to Infant and Primary centers, in projects, some of them, multi-year.

In addition, the first 248,000 euros will be allocated to start the construction of the new La Almadraba school in Alicante, which has part of its students receiving classes in prefabricated classrooms, within the framework of a work planning that lasts until 2024, the year in which the largest investment is planned, for 5.8 million euros.

With regard to Secondary schools, of the planned expenditure of six million in 2022, almost one million will be for the IES Azorín de Petrer, and 300,000 euros for the Pere María Orts in Benidorm. Another item of almost 5 million appears in the accounts to repair Infant and Primary schools in Alicante.

In addition, the investment effort in Vocational Training is maintained for the second year after it doubled in 2021 to improve the training of students and promote employability. The FP will receive 48.3 million euros compared to 48.6 this year. This is possible by diverting European funds to this education, specifically 18.29 million that go to the VET program, budgeted at 29.9 million. On the other hand, the Xarxa Libres will be subsidized with 61 million euros for the replacement of the banks of free books in educational centers. These policies will be translated in 2022, according to the accounts projected by the Consell, in which, every 24 hours, the Generalitat will invest 17.31 million euros in improving educational quality.

Regarding culture, the Valencian Government includes in its budgets a specific item of 5 million to hire a thousand people with the aim of reinforcing mediation and cultural revitalization people by people. The Cultural Promotion, Artistic Heritage and Museums program is the one that, according to the Consell, experiences the greatest increase, 96%, with an endowment of 65 million. For the improvement of municipal sports infrastructures, the Botànic reserves 6.5 million, “an increase of 60% with aid for municipalities to improve their sports facilities, especially in rural areas”, they indicate.

15% more money will be handled in 2022 by the Department of Innovation, Universities, Science and Digital Society directed by Carolina Pascual from Elche. The total game will be 1,255 million compared to 1,091 in the year that is ending its last months. Most of the funds will be for universities, 1,008,476 million. The Generalitat highlights the consolidation of investment spending in the scholarship and aid plan for university and higher education students, 32.4 million that will benefit some 54,000 students; the Gen-T program, to attract researchers of excellence and international experience, with 12 million; and the Investigo project aimed at financing the first steps of young researchers, with 9.8 million.

Also Read  ProPublica reveals that US millionaires pay very little taxes, compared to the 14% rate paid by the average citizen

5.5 million to buy and renovate the Ideal cinema

The Directorate General for Culture and Heritage will invest 5.5 million euros in the purchase and renovation of the Ideal Cinema in Alicante for the headquarters of the Alicante film library, which is entered as participatory budgets, that is, at the request of the public. As with the million and a half euros to acquire the convent of Jesús Pobre de Dénia; € 200,000 to rehabilitate the Main Theater of Alcoy; the 500,000 euros to restore and enhance the old Almoravid wall of Elche; and the 180,000 euros for the Casa Geralda de Xixona.