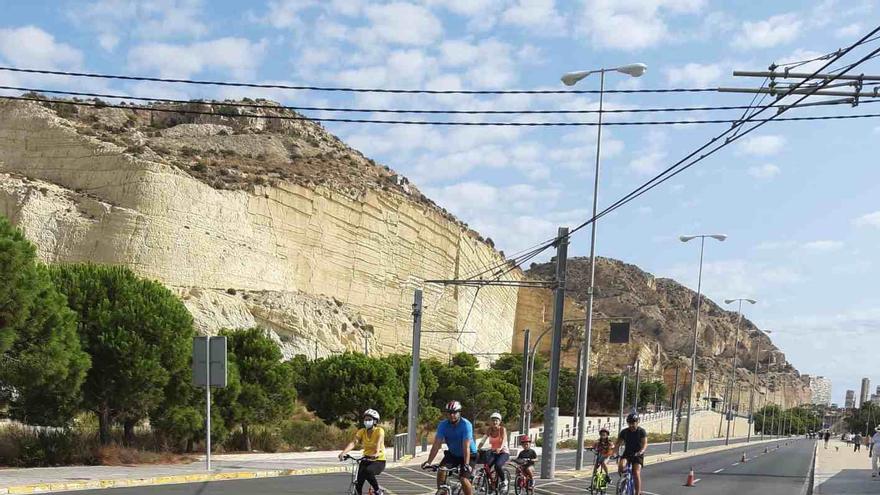 This is an initiative that is intended to “keep throughout the year as a pilot experience of the Pedestrianization project of the Traditional Center to make Alicante a more livable city, giving priority to the pedestrian, with more green areas and calmed traffic, in order to improve the quality of life of neighbors and to reactivate the commercial activity, with the reorganization of the urban space, and which is having great success ”, explained the Councilor for Mobility, José Ramón González.

The City Council has informed that it will study to put it back in the morning during the winter, to facilitate walks and sports practice during the weekend.

The evening cut takes place in the Town Hall Square, in the section between Jorge Juan and Rafael Altamira streets, establishing a pre-cut on San Telmo street with Plaza del Mar to guarantee access to Gravina, Jorge Juan, and Lonja de Caballeros streets, without affecting any of these, according to the council.

It also includes the avenue of Villajoyosa, the two lanes with direction San Juan next to the coast.

“It is necessary to achieve greater involvement of all to achieve a more sustainable city and reduce the use of private vehicles by other modes of travel such as bicycles, scooters or walking, and they encourage the people of Alicante to enjoy Sundays without cars in the center and the quarry ”, affirms the mayor of Mobility.

Also, on Sunday, September 19, on the occasion of the Mobility week, the Ciclovía del Litoral, and the section of the coastline from Plaza del Mar to Avenida de Villajoyosa will be cut to traffic, to recover our streets and encourage the use of bicycles and personal mobility vehicles, and in the afternoon said avenue of Villajoyosa will also be closed , from 19 to 22 hours.

For health security reasons this edition It will be held without activities to avoid crowds, and free of vehicles with Local Police security and Civil Protection volunteer. And with all the anticovid measures, establishing a single up and down direction.

The City Council has reported that people who register on the website to participate in the Ciclovía will enter a draw for three bicycles, which will take place on Wednesday 22 at Plaza Ayuntamiento.

The Department of Transport informs that due to the traffic cut they will be carried out detours of the bus lines that circulate through the Plaza del Ayuntamiento, Rafael Altamira and Rambla Méndez Núñez, establishing head on the Avenida de la Constitución of lines 8-13-5-10, and detours by the extension of Alfonso el Sabio of bus lines 2-21-22.

The proposed detours for the affected lines are as follows, for access to Alfonso el Sabio of the lines that circulated along Rambla Altamira will circulate through Vázquez de Mella and Jaime II, the lines that have the head end of the cul-de-sac of Rambla, Bilbao will be It will change the head to the Plaza Ruperto Chapí – Constitución, and the lines that it has for itinerary Rambla, San Fernando will change it for Bailen, San Fernando. In addition, the occupation will involve the detour along Avenida de La Albufereta of lines 21 and 22 in the direction of the beaches.