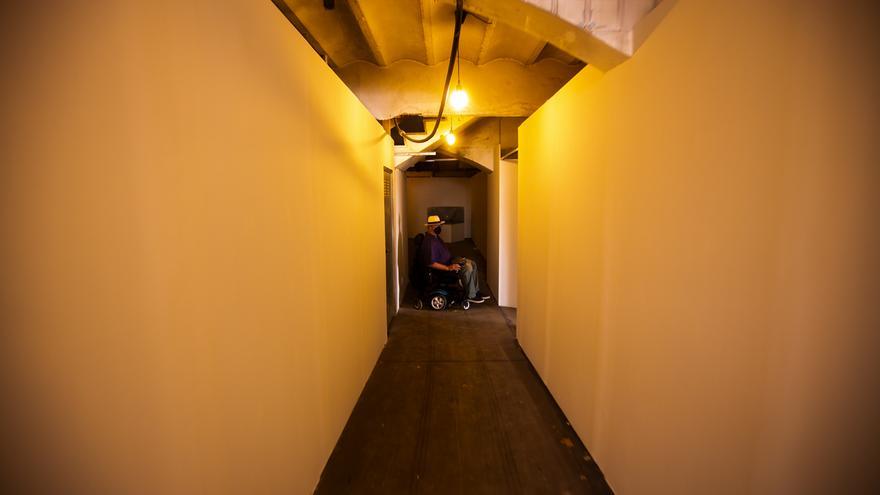 Action driven by Culture and Project Coordination areas, who run the councilors Antonio Manresa and Antonio Peral, respectively, aims to promote the project of opening and rehabilitation of four bomb shelters, located at zona Edusi between the two castles of Alicante. “In this way Alicante will become the first Spanish city, and one of the first in Europe, with more accessible accessible memorial resources open to the public“, explains the bipartite government, also adding the Interpretation Center located in the Powerhouse next to Seneca Square. The coordination of the rehabilitation works has been carried out by the Department of Urbanism directed by Adrián Santos Pérez, while the proceedings have been carried out by the Mercantile Novum Comprehensive Projects and Services SL, with an economic proposal 280,245.90 euros.

“Take refuge in the memory of Alicante”

On the occasion of the opening to the public of the new shelters, the Department of Culture has scheduled a series of activities that include three programs: “Take refuge to live it”, “Take refuge in the images” and “Take refuge to know”. It is, on the one hand, guided tours to promote the shelters in charge of the Association of Official Guides of the Valencian Community, which can be done for four weekends, prior reservation. Likewise, on the weekend of November 26 to 28 at 8 p.m. the show will take place “The blood of the poet” at the entrance and refuge of Marvá on the steps of Jorge Juan.

In the program “Take refuge in the images”, activities are complemented with exhibition “Take refuge in images: the visual memory of Alicante” in the lobby and shelter of Tabacalera,which will feature a collection of photographs by Rafael Asín Parrés loaned by Luís Seguí Asín.

“Refugiate to meet” It will consist of the display of a short film about memory between two castles on the anteroom of the Tabacalera refuge during the guided tours. The exhibition of a miniature model about the Civil War that will be located in this place. After this first phase of activities in November, other titled “Take refuge in reading” and “Take refuge in the graphic image of memory” for December and start of next year with the dissemination of a book on the “Diaries under the bombs” and a comic that will be distributed free of charge and, through the internet.

With this action, the City Council intends to “make these six infrastructures for the protection of the population in the event of bombings of the Civil War available to the public both for Guided visits as well as for different cultural activities. “In all of them, not only rehabilitation works have been carried out, but an electrical system and rails have been installed for their potential exhibition use. In the same way, the work includes better for facilitate accessibility for people with reduced mobility, municipal sources explain.

Access to the shelter of the Plaza Musico Tordera Rafa Arjones

The projects are framed within the Integrated Sustainable Urban Development Strategy EDUSI Las Cigarreras. The City Council highlights that, with this action in the historical heritage of the city, Alicante will have a total of 6 open shelters of the more than 90 shelters throughout the urban area and protected as Asset of Local Relevance. Until now, only two have been able to visit, those located in the squares Balmis and Seneca -included in the Catalog of Protections of the Alicante City Council-, in addition to the Interpretation Center of the Air Raid Shelters.

The consistory thus intends “give more importance to the democratic past and the defense of the city’s freedoms, as well as reviving unused spaces. In addition, one of the implicit objectives of this action is that shelters, as a heritage resource, become motor of the development of the area and serve to generate knowledge, participation, research and reflection. This intervention is part of the EDUSI Las Cigarreras (Sustainable and Integrated Urban Development Strategy) project with the aim of enhancing old industrial, religious and military spaces. “In this regard, municipal sources recall that the EDUSI strategy with European funds takes place in the neighborhoods of Carolinas Bajas, Central Market, San Antón and Campoamor and its mission is the recovery and revitalization of this urban area within the framework of the General Directorate of ERDF funds for sustainable growth for the period 2014-2020.

As indicated by Culture, the bomb shelters spread through the city consolidated in the decade of the 30s of the last century, when Alicante suffered during the Civil War a total of 71 bombings that caused almost 500 deaths, as well as the complete destruction of more than 250 buildings and major damage to another 700.During the war they were built around 94 air raid shelters in the city to house the maximum possible number of population and thus protect it from air and chemical attacks. On July 10, 1937, the Local Committee for Passive Defense, which will be the competent body in all matters relating to the defense of the civilian population, and to which all requests for the construction of shelters from both individuals and companies are sent.

Also Read  TikTok warnings about gun violence are not credible, but the alert remains

One of the resolutions taken was that of oblige new buildings to be built, whether for residential or industrial use, to include air-raid shelters at the expense of their promoters. ANDn the municipal acts collect the conditions that the Municipal Architect establishes for its construction, detailing widely the capacity that they must have, the types of materials to be used and the form of construction according to the impact of the pumps, providing concrete data for all type of probable situation.

The July 1938 Report of the Local Passive Defense Board indicates that at that time they had already built a total of 55 shelters with a capacity for 38,140 people and that the objective was to build 37 more, to accommodate a total population of 108,590 people.