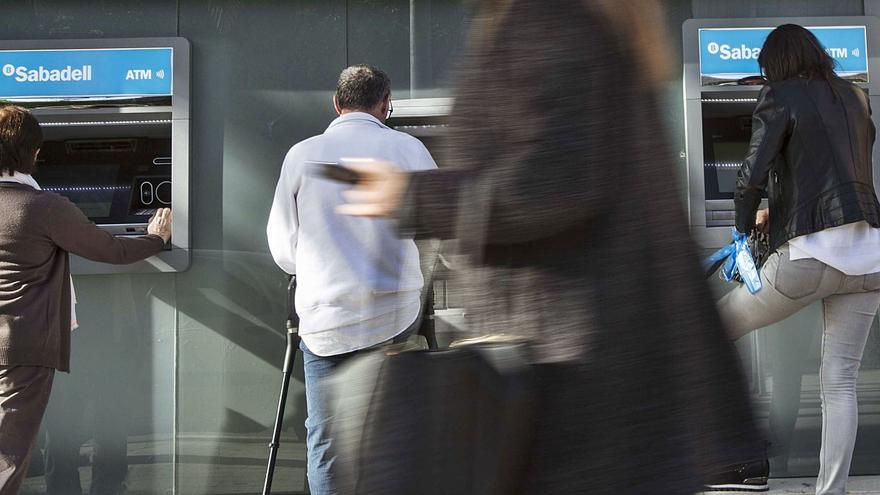 In this way, at the end of last December the balances that the bank branches of the province were in custody amounted to 41,393 million euros, according to data from the Bank of Spain, which represents an increase of no less than 2,093 million over what they accumulated a year ago. An increase of 5.3% that is even more significant if the magnitude of the economic crisis that has unleashed the pandemic. In the country as a whole, the increase exceeds 121,000 million euros.

«The main reason is the compulsory savings that has occurred by not having where to spend the money, with everything closed, and there has also been a part of precautionary savings -when money is saved for the future due to the fear that the economic situation will worsen-, which is something that usually occurs during crises, “says iAhorro expert Antonio Gallardo, who, of course, makes it clear that they have not been all families who have been able to save equally.

«More or less we could point out that there has been around 60% of the population who have seen their situation worsen and have not been able to save anythingOn the contrary, he has had to lay hold of what he kept; Y another 40% who have had this capacity and who have also saved a lot», Explains Gallardo. An analysis in which the supervisor of the Spanish financial system also agrees, which in a recent report also pointed out that the increase in balances had been concentrated “mainly in the highest incomes.”

One of the questions that arises at the moment among economists is whether this cushion will now serve to boost the recovery. The Bank of Spain itself expresses its doubts in the aforementioned report, since, as it recalls, a large part of this saving comes from expenses in services not performed and that cannot be recovered. For example, no one is going to drink twice as much beer to make up for what they stopped drinking in previous months. And, on the other hand, the fact that it is concentrated on high incomes also reduces its effectiveness as an accelerator of recovery, since its “marginal propensity to consume is lower,” the document points out.

However, other experts, such as the deputy director of the Valencian Institute of Economic Research (IVIE), Joaquín Maudos, consider that these accumulated funds “will serve to promote recovery, because dissaving means greater consumption”, although they also rule out a transfer from 100% of the amount saved to a direct increase in spending “because in the new normal the uncertainty is greater and consumption habits may change.” In other words, in the coming months the tendency will continue to save a certain amount in anticipation of what may happen in the future due to the mistrust that still exists.

Parallel to this increase in savings, another of the effects of the pandemic has been that the reduction of the financial debt borne by households and companies in the province, which had decreased considerably in recent years, has ended. Thus, the outstanding credit balance – the total amount of what Alicante people owe to banks – ended 2020 at 39,809 million euros, almost 600 million more than a year ago. An evolution in which the ICO credits that businesses have requested to meet their liquidity needs have a lot to do with it.

The bank begins to charge for having high balances

The increase in bank balances also highlights the lack of alternatives to current accounts and time deposits, since the average Spanish saver continues to be risk-averse and the efforts of entities to transfer this money to products such as funds investment or pension plans hardly bear fruit, as explained by iAhorro expert Antonio Gallardo. Given this fact and the penalty they suffer from the European Central Bank, some entities are already beginning to charge for the maintenance of high balances, especially if they are clients with little connection. In general, the commissions are applied to those who have more than 100,000 euros, although other entities apply a “custody commission” from 30,000 euros. For the deputy director of the Ivie, Joaquín Maudos, the low profitability of the banking business will make these charges more and more frequent since, in addition, it is a way to encourage those deposits to be invested in other products that generate more commissions to the entities . Of course, once the law is made, the trap is made. What many savers do is take the money to another bank when they exceed a certain amount.