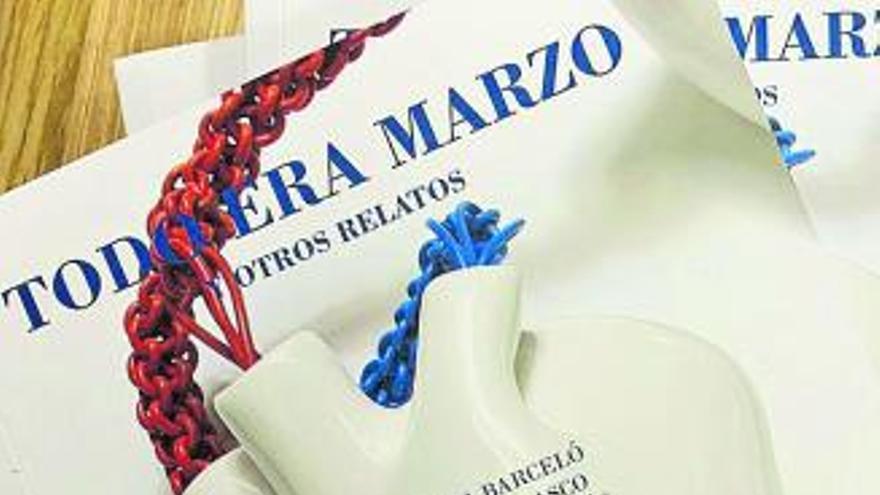 In this way, Everything was March and other stories collects fourteen pieces of short narrative that show us, in very varied ways, and therein lies their richness, the multiplicity of views of a reality that functions as a pretext, as a latent subtext and as an extra-literary thread. It is stimulating to guess which look and which perspective each of the authors will have chosen and how they will have rounded each situation with the stamp of their personality, trusting in the contrasted quality that their prose exudes. They are stories in which the current status quo of the pandemic underlies, explicitly or sideways, with lives that passed peacefully until an indeterminate period of time erupts that disrupts the prevailing routine of all of them. A current work edited and coordinated by the Alicante writers Paco Sanguino and Martín Sanz that has authors who have participated selflessly and whose funds will go to the Alicante Gastronomic Solidarity entity to prepare menus for affected families.

The work offers us a look at singular themes filtered by this new reality, like the loneliness of the elderly, already palpable around us but reinforced even more in this new situation in which the elderly do not leave their home due to the threat of contagion; such is the case of Lucy, the old woman in the story of the playwright Lola Blasco. But there is also room for love stories like that of Mateo Darrán, which shows the incipient idyll of two people who barely know each other and are thrown into forced coexistence, given the circumstances, with the promise of a future together that can be read as a metaphor for a free future at the end of the pandemic corset. Or the epistolary love story, sifted by the passage of time, between two youthful loves to which the virus disease will play a final trick, as in Where nothing obscures, of Jose Luis Ferris.

Another especially moving love story is the story of Lilies Picó, which stars a woman with a life doubly truncated by the death of her husband and by the pandemic, which leaves her fighting for the care of her children in the midst of economic precariousness increased by adverse circumstances; as well as the longing for past times, for a warm meeting and for social contact. Because confinement carries its opposite, the desired freedom. Freedom that acts as the axis of character of the female protagonist of the story of Carles Cortés that, like so many others, she is impelled into the unavoidable confinement and will experience in an urgent way the subsequent nostalgia for the lost freedom; coupled with the anguish of inaction and an obsession with lost time. A terrible urge to take advantage that will turn into obsession and madness.

The time that passes is a constant variable in many stories, perhaps because of the desire for perspective to which we alluded; or in other cases from the memory of the presence of the virus in the past, as in the story of Luis Leante, narrated in the key of retrospection of events, in an almost delusional confinement of its characters or, rather, a chosen confinement within the confinement imposed, and absurdly prolonged. Or the time that is also almost a physical presence in the love story of the two people growing old together from the story of Paco Sanguino, cloistered in a small apartment that comes to life in the midst, once again, of the quasi-unreal delirium in a story with tinges of magical realism. And again the time that slides irregularly in the operating room in which the convalescent protagonist of the story of Juan Carlos de Manuel, carried away by the rush of events and the thoughts that overflow his mind in the form of a whirlwind, almost like gusts in a state of semi-unconsciousness produced by the disease.

Social criticism is also present in many of the narratives, and has a relevant role in the narration of Elia Barceló, which chooses a futuristic and dystopian setting as a framework to confront two visions about the future of our society, one hopeful and the other disbelieving, from the mouths of two visitors from outside our planet — in a clear nod to The Invasion of Body Thieves – who act as observers and express, through a very fine social criticism, the evils of our present society. Social criticism also deployed in the story of Chus Sanchez, who puts herself in the shoes of a supermarket cashier with a grueling day in which she will be forced to deal with the surreptitious tension, irascibility and fears of those who are going to buy under the auspices of new circumstances. Or a fundamental issue, also of social interest, such as bullying, in Pepa Navarro’s portrait of a child who, after the parenthesis of confinement that breaks into his life, has to find himself again with a difficult school situation and the panic that it generates.

Everything was March and other stories also offers us the possibility of looking back and obtaining the genuinely Alicante vision of reminiscence of other plagues that occurred in these parts by the hand of Gerardo Muñoz’s pen or taste the Alicante reality of Tabarca in a story , that of Pedro Nuño de la Rosa that, in the form of a journalistic commission about the situation on the island, will create a story structure within the story, and will move between legend and mythology and the line that separates reality and unreality. In the same way, we can take refuge in the nostalgia that the vision of the changed city produces under the cloak of the supervening situation described by Mariano Sánchez Soler.

In the end, they are stories impregnated with surprise and amazement to which the sensation of strong initial unreality gave way, which underline the strangeness of the mask, the restrictions of movement, the nostalgia for hugs, the hair that grows without restrictions, the fondness for the weak freedom of the balconies, the recommended cautious distance, suspicion and reluctance, increased sad deaths, the feeling of superimposed confinement, ritual applause and, ultimately, the multiple setbacks and doubt that a situation generates unprecedented coming in time. A new situation to which we have not gotten used to, and in which we move in a kind of trance, like the girl protagonist of the story of Mateo Darrán that clings to routines and rituals that are sometimes absurd; although in places like in this work we can start looking for the answers.