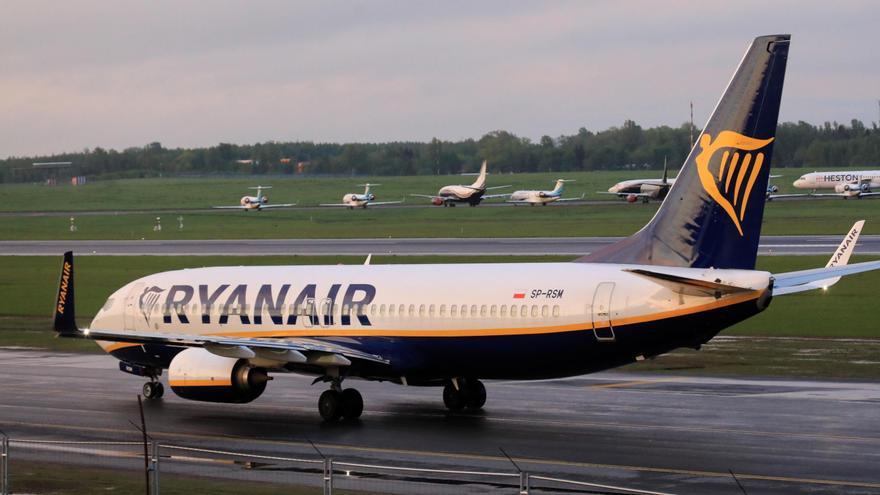 One would say where and when he wanted to fly, the person behind the counter was getting ready to make his wish come true, and the traveler would leave happily, ticket in hand.

Of course, those were times when flying was for many almost a luxury that they could only afford at most once a year. Although we had not become aware of the ecological damage of the flights, another reason prevailed: the economic one.

Today flying no longer has any mystery, it is many times like taking the bus: the plane arrives at its destination, the passengers disembark, and soon after it is ready to transport new ones to the place from where it left before.

The new companies such as Ryanair or Easyjet have “democratized” the fact of flying, they have made air travel cheaper to extremes that at least seem irrational to one.

Is it logical, for example, that the flight to some foreign destinations costs less than the taxi ride to the airport or, now during the pandemic, much less even than the mandatory PCR tests?

Companies, both traditional and those of more recent creation, have lowered costs, eliminating staff and offices, such as banks, and in many cases reducing the remuneration of their employees.

But they have done it thanks mainly to the internet: today you no longer have to go to one of their offices or a travel agency to get the ticket, but it can be done quietly from home.

I say calmly although many times this type of operations with the help of the mobile phone or the computer can be desperate and not only because of all the unwanted advertising garbage that you have to avoid at every step.

Take Iberia Express, a low-cost airline of the IAG group. Whoever writes these lines uses it regularly to fly, for example, between Berlin and Madrid.

If one clicks now on their portal to book a flight, they automatically get a web page that did not appear before: that of a search engine called e-sky that in its advertising presents itself as “experts in travel planning”.

In spite of everything, you go ahead because you see no other option and book the flight to Madrid, convinced that it was the one requested, but when you have already paid with your credit card, you realize that you have been assigned one that is not the one requested from Iberia, but another with the Portuguese TAP, which stops in Lisbon.

Who do you call then to undo the mess before it’s too late? To Iberia Express? You can spend hours on the phone listening to that “Keep waiting. All of our agents are busy. ”

To eSky, which also appears with a charge on the invoice for its unwanted intermediation? But he can’t find a phone number and he doesn’t know where that company is, which offers only an email address.

In spite of everything, one writes to that address and receives a reply a day later that the ticket is in no way refundable. Diving later on the internet, he comes across numerous complaints from travelers who say they were deceived by that portal. Too late!