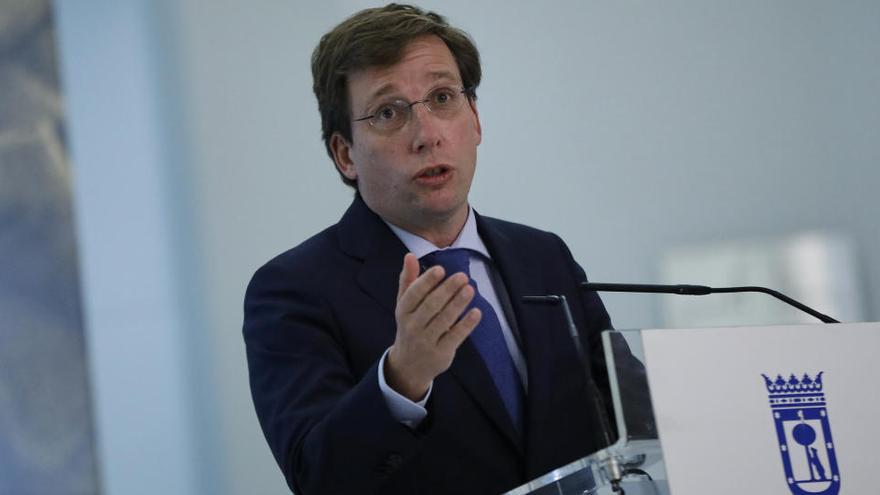 The mayor of Madrid, José Luis Martínez-Almeida, asks citizens focus on the present moment to arrive in good condition for Christmas, and declares: “If we want there to be meetings of more than six people on December 24, what we have to do today is put all the means to make that happen.”

In an interview with Efe, Almeida is committed to maintaining “surgical measures” such as those applied by the Community of Madrid, which, in his opinion, have shown that “economic activity can continue to be generated while the priority for all can continue to be maintained, which is to keep the number of infected going down.”

And though talking about how we will live the Christmas festivities “is still a hypothesis”, insists on the idea that acting responsibly now will mark the epidemiological situation in a few weeks.

That is why he does not dare to announce, for example, “what will be New Year’s Eve”, but points out: “What I can say is what I will advise at that time, that we stay at home drinking the grapes.”

Nor is it clear what will happen to the main parade of the Magi, although the mayor reaffirms that “they will come to Madrid for sure” and “they will be able to do their work that night, with all the precautions and all the limitations.”

To try to alleviate the economic consequences of the coronavirus among people with fewer resources, Almeida believes that there should be a tendency to “institutionalize the distribution of food in the city”, since “cannot depend” on the “generosity” and “good work” of the associations that organize solidarity pantries.

“What I would say to all associations is that I deeply appreciate the work you have done during the pandemic, but that the responsibility is of the City council “, declares the councilman, who defends that” there is not a single person “who has gone to the municipal social services and” is not being attended “.

Regarding the lines of action against the pandemic adopted by some and other administrations, Almeida alleges: “Wrong decisions are inevitable that they will be taken. I would not be afraid to back down. What would scare me is, knowing that I have to back down, continue in error“.

In the Community of Madrid, Almeida takes away the discrepancies that the president, Isabel Díaz Ayuso (PP), and her vice president, Ignacio Aguado (Cs), have made public about the management of the pandemic and assures that “disagreements there is also in the City Hall “, where the PP governs in coalition with the orange party.

The mayor maintains that “regardless of the opinions that may have” Ayuso and Aguado “They have always defended the same thing: that here in the end you have to do what the Ministry of Health says”.

Asked about the persistence of the parties and large bottles detected in recent weeks, Almeida reasons that “obviously there is a feeling of wear and tear on the part of the public and, especially, perhaps the youngest.”

Even understanding his “difficult to handle” situation, and that “mental wear and tear” can bring with it “some relaxation”, the mayor asks for “responsibility”, especially when “it is not ruled out, in any way, that regrowths can occur” or even “a third wave”.

Almeida is also open to “self-criticism”, which in his opinion should be done by all those who have “institutional responsibilities” noting that “citizens have not clearly perceived the rules” to try to stop the coronavirus.

In the case of the City Council, the mayor assumes that must “improve its information channels”, and undertakes to make “an effort” to avoid confusion among neighbors.

It also promises to apply the ideas contained in the Villa Agreements “, alluding to the 352 measures agreed by all municipal groups in July to deal with the consequences of the pandemic.

Some measures that will have “specific items” for execution in the City Council budgets for 2021, which will present next week.

In these accounts it has been done “an even more important effort” than last year to reduce “to a minimum” nominal subsidies, as claimed by Vox, although Almeida asserts that this measure responds to “one of the hallmarks” of its Executive.