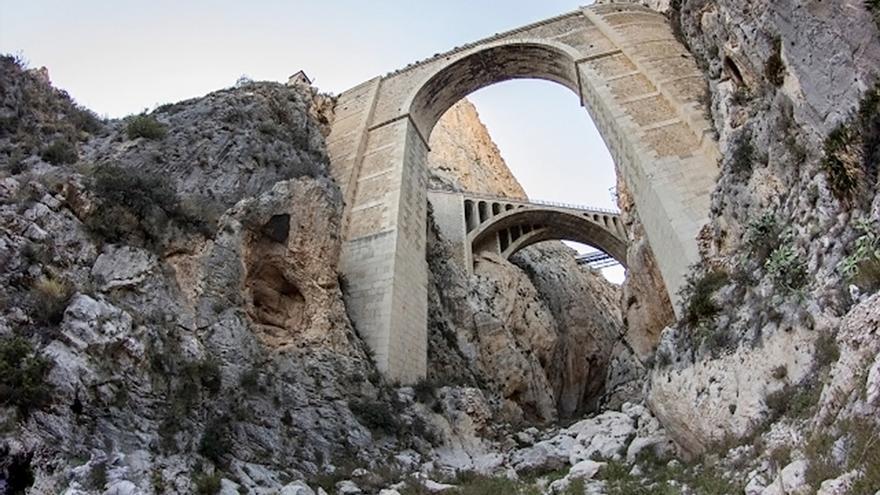 Hikers and friends of adventure will now be able to enjoy much better the surroundings of the Mascarat bridges and, particularly of Barranc Salat, thanks to the recovery of the ecological path in the area carried out by the Department of Environment and Tourism from the Altea Town Hall. The action “has consisted of the adaptation, improvement and signaling of the ravine and its surroundings with a budget close to 14,500 euros, which have been subsidized at 50 percent between the City Council of Altea and Turisme de la Comunitat Valenciana”, as revealed by this week the Councilor for the Environment, José Orozco.

The mayor explained that “along the 2,300 meters of the Barranc Salat, or Barranc del Mascarat, the beach of La Barra, the Mascarat Strait, the viewpoint of the Toix cliffs and the viewpoint of the bay of Altea stand out. . In this space, the necessary works to recover its circular route have consisted of selective clearing, pruning and elimination of vegetation, proceeding to the felling and elimination of invasive exotic species of the flora present on the route, thus reducing its impact on the zone and improving the environmental quality of the surroundings ”. Orozco added that at all times “protected species such as Carrasca, Palmito, Lentiscos, Aladierno, Sabina Negra and Enebro have been respected. On the other hand, to improve the accessibility of the path, dry stone steps have been built and repaired, and a wall has been created in the middle of the slope, in addition to carrying out gully elimination work, also building transversal drains to avoid dragging. or erosion by current ”.

José Orozco was “very satisfied” with the result of these works, because “the vegetation completely covered the path, which made it impossible for visitors and citizens of Altea to carry out this route. But thanks to this action, a new natural space is put at the service of the citizen, in addition to enhancing the Barranc Salat ”.

Finally, the mayor of the Environment said that the circular path has been delimited “by creating a stone line on the side to avoid the appearance of shortcuts or alternative paths. All this with the use of natural materials typical of the environment such as limestone ”, he added.

For her part, the Councilor for Tourism, Xelo Cortés, explained that in order to guide pedestrians during the journey, “the path has been marked with approved road-following paint marks and three interpretive panels with QR codes will be installed. with information about the routes. In addition to being reinforced by maps and information brochures available to residents and visitors at the Altea Tourism Office ”.

For the Councilor for Tourism, “this project focuses on increasing the municipality’s tourist offer by enhancing resources and heritage assets, promoting quality tourism interested in cultural and natural heritage. In addition to promoting an activity, such as hiking, which has a significant impact on the seasonal adjustment of tourist demand and totally complementary to sun and beach tourism, since it takes place outside the summer period ”.

Natural border between Altea and Calpe

The Barranc Salat is a gorge crossed by three bridges and located between the Mascarat rocks that geographically separates Altea and Calpe. For hundreds of years it was the only existing passage near the coast between the regions of the Marina Baixa and the Marina Alta for the transfer of people and goods that had to circulate with great difficulty since it was almost impossible to cross this passage with the mule carts loaded with goods. At the end of the 19th century, around 1885, this problem was put to an end with the opening of the Mascarat tunnel and the construction of the 60-meter-high ashlar bridge that at that time was one of the great engineering works of the province of Alicante and a great commercial advance between the provinces of Alicante and Valencia.

Forty years later, in 1925, a new concrete bridge was built 85 meters high and wider for the double direction of vehicles that began to circulate on the national highway 332 that connects the provinces of Almería, Alicante and Valencia.

As for the third bridge of the ravine, it is the one that was built in 1915 for the circulation of the train, and that a little more than two years ago it was remodeled to provide greater security to the current TRAM that connects Alicante with Dènia.

One of the characteristics of this ravine is that it has walls 100 meters high in sections that are only one meter apart. Its route is not suitable for all audiences since it does not follow a path or path, but you have to walk from rock to rock along the bottom of the ravine. Now, with the action of the Altea City Council, you will be able to enjoy this natural environment that has hardly any unevenness in its route, and where you can see a multitude of plant species full of insects and a varied fauna of lizards, lizards, rabbits, foxes , and birds such as robins, warblers, lone rockers, blight redstarts, some airplanes, swallows, and pigeons that live under bridges.