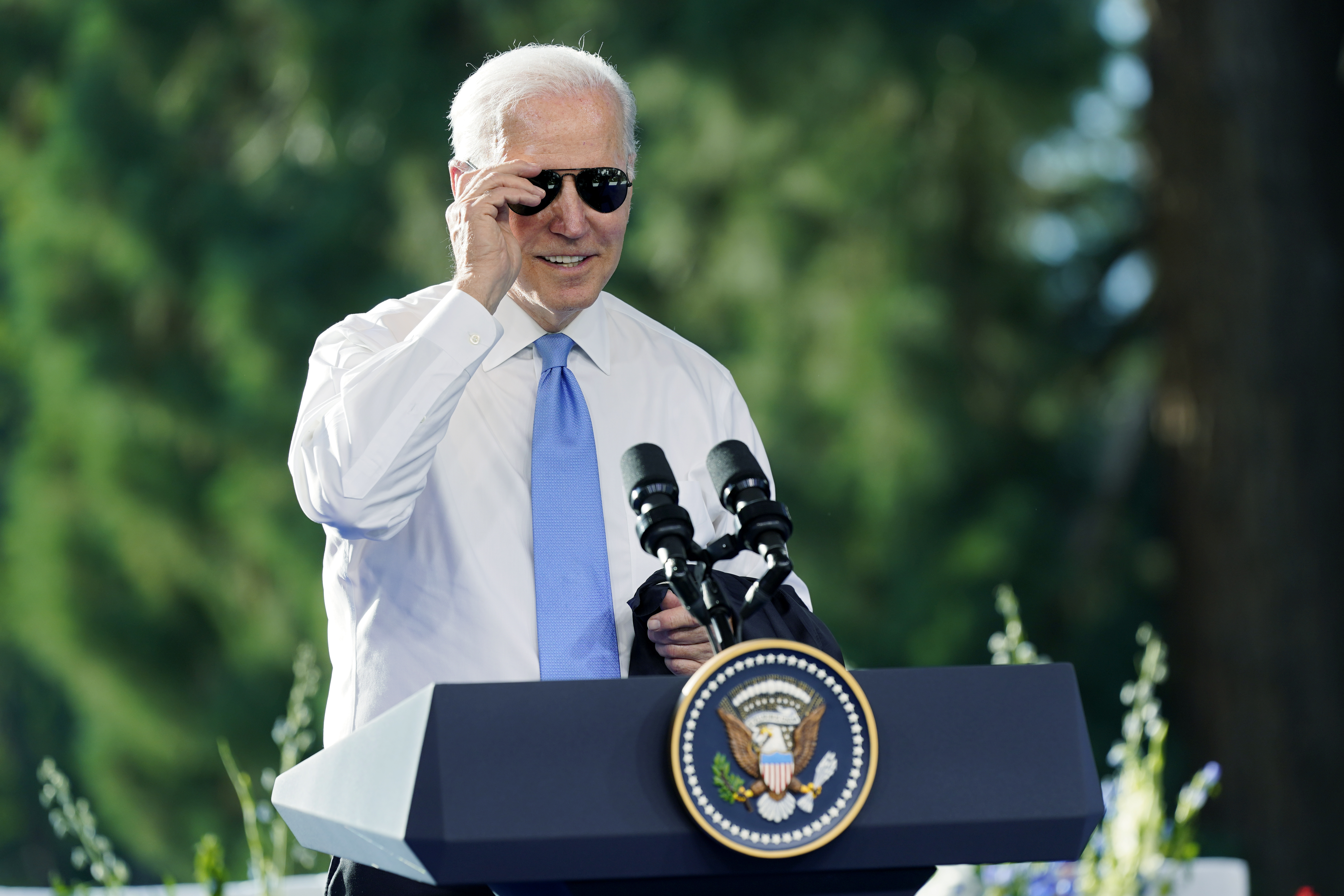 Zbigniew Brzezinski, National Security Advisor to the Jimmy Carter Administration and one of the old sages of the Cold War, said that few things could get a US president intoxicated like foreign policy. Given the model of power distribution in this country -the federal system, on the one hand, and the broad powers of Congress, on the other-, this is the area in which the leader enjoys the greatest room for maneuver and, also, the greater recognition as a strong man of the place in any of the meetings.

“The glory, pomp, and power of the presidency are felt in the field of foreign affairs like no other field. All presidents are captivated by that unique possession of power, ”wrote Brzezinski in 2007 in Second chance (Second Chance), a book on the crisis of the United States as a superpower. “And what causes a special fascination,” he continued, “to be a global statesman, especially to be the preeminent global statesman.”

In his first international trip as president, Joe Biden has shown that he is a perfect fit for the kind of leader Brzezinski described. With the 100 days of grace at home over, with several of his political projects beginning to stumble in Congress, the Democrat has enjoyed his leadership bath in Europe. The smiles with the German Chancellor Angela Merkel, the arm behind the back with the French Emmanuel Macron and even the laughter of the Queen of England. The President of the European Commission, Ursula von der Leyen, addressing him as: “Dear Joe.”

All the gestural and non-gestural language of this tour has reflected a reconciliation, the return of the prodigal son of the great power, a return to diplomacy after four disruptive years of Donald Trump. Following his hectic schedule was a decathlon, he had meetings, contacts or informal talks with dozens of leaders. After all of them (except for the summit with Russian Vladimir Putin) he was exuberant to the press. On Wednesday night in Geneva, before boarding Air Force One back to Washington, he drew this conclusion: “One of the things that there was a lot of skepticism about, and it’s understandable, will the G7 join in and bring America back? your leadership role? I think they did. They are happy that the United States is back. And I think the same thing happened in NATO, as with the European Union, ”he said.

Biden had a great goal: to restore bridges with the allies and reinforce a common democratic agenda that sets limits against China’s unfair economic competition and its authoritarian escalation, as well as against Russia. So damaged was the relationship with his predecessor (Trump went so far as to say: “The European Union is an enemy, because of what it does to us in trade”; “The European Union treats us worse than China, only they are smaller”) than Biden may consider his trip a success just by showing up. Also noteworthy is the fact that the Republican chose Saudi Arabia as the destination for his first international outing, where he did not mention human rights, participated in the saber dance and signed, yes, the largest arms sale contract in history, for value of 110,000 million dollars.

For the current White House tenant, there have been more than good words on this trip. The G-7, whose summit in Cornwall (United Kingdom) occupied the first part of the tour, has agreed to promote a minimum corporate tax of “at least 15%”, a matter specially sponsored from Washington and in the donation of one billion vaccines against covid-19 by 2022. The challenge posed by China, the great concern of the US president, was cited three times in his statement. NATO, for the first time, classified the Asian giant as a “systemic risk”, with 10 mentions in its final declaration (Russia, 61).

Following the Atlantic Alliance heads of state and government meeting in Brussels, Biden met with European authorities and announced an agreement to end their long-standing dispute over subsidies from aircraft manufacturers Airbus and Boeing, the The most far-reaching advance so far to restore relations, with the aim of continuing to negotiate on the crossing of tariffs on European steel and aluminum and on other American products.

For analyst Ian Bremmer, president of the geostrategic consultancy Eurasia, the trip “has been a honeymoon after Trump.” The timing, he adds, is very good: “The pandemic has reinforced the role of the United States as a superpower, vaccination has been a success and it is seeing its economy grow.” A Pew Research study conducted in 12 countries, published on June 10, indicates that at the end of Trump’s term, only 17% of the population of those countries had confidence in the president of the United States. from Biden, jumped to 75%.

“Biden is a multilateralist, who has understood that as strong as he is, the United States cannot face some challenges alone”

The Democrat, who does not have such a different approach to China from Trump, has achieved support from Europeans – albeit uneven among member countries – on that front that the Republican did not. “Biden is a multilateralist, who has understood that however strong he is, the United States cannot face some challenges alone, while Trump wanted to negotiate country by country, through bilateral agreements,” explains Rosa Balfour, director of the Carnegie Institute for Europe.

Biden made it clear at the beginning of his journey that he wanted more than to send the message that the United States has returned to multilateralism, but that he seeks to lead responses to the challenges of a new time. National Security Advisor Jake Sullivan noted upon returning to Washington: “It is not hyperbole to say that President Biden returns from this journey as the clear and consensus leader of the free world.”

On the other side of the Atlantic, Rosa Balfour marks a certain distance with this approach. The military and economic power of the United States remains and, as Bremmer puts it, shines with more force after a global commotion such as the pandemic, but “what happens with domestic politics is very important.”

In a similar vein, Dan Hamilton, director of the Wilson Center’s European Global Program, warns that the question “is not whether Biden has succeeded, but whether the Europeans are prepared to work with the United States. They are limiting their bets, because they look at US national politics and they are not sure that the Republicans will maintain the majorities in the legislative chambers, “which would tie up the rest of the Democrat’s term. For Hamiltón, these reservations “are a huge mistake, this is not the time to be timid” in transatlantic relations.

Avoid an escalation with Russia

In Geneva, the US president opted for a pragmatic stance. He marked the red lines for the United States, insisted on human rights and the cyberattacks that Washington attributes to Moscow, and basically exposed all the discrepancies between the United States and Russia. Rather than lower the tension, the foundations were laid so that it did not continue to escalate. Biden and Putin agreed to the return of the ambassadors expelled from the respective countries, a gesture that points in that direction and that benefits both countries.

With Lake Geneva on his back, on a splendid sunny day, he wanted to bury the Trump era, who was unusually cordial with Putin: “No president of the United States could keep the faith of the American people if he does not speak up to defend democratic values. ”, He stressed. A while before, in his respective press conference, the Russian president had replied to questions about the abuses and repression of opponents such as Alexei Navalni, citing Guantanamo, the invasion of Iraq or the assault on Congress on January 6. Domestic politics is the shadow that accompanies Biden wherever he goes.