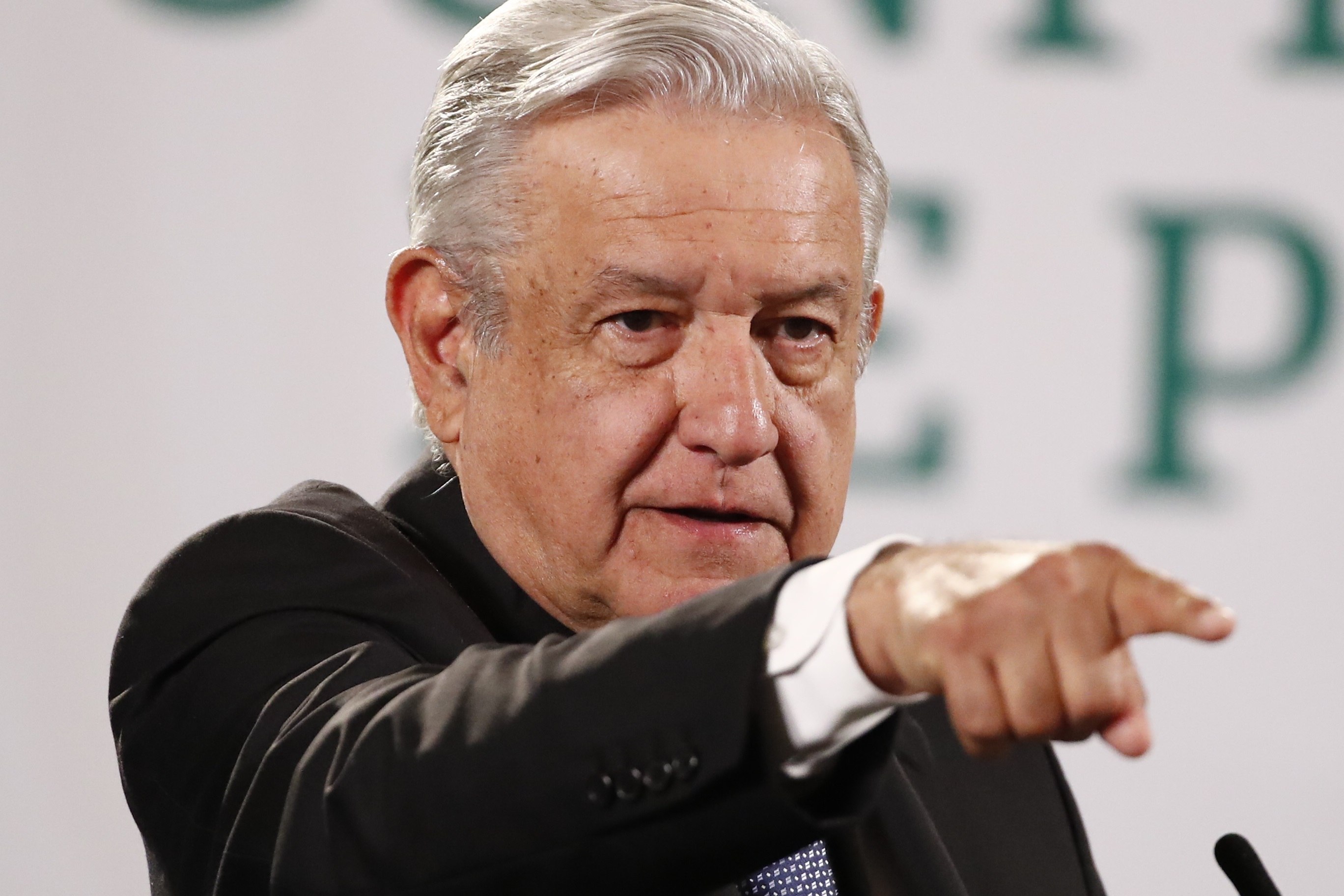 Andrés Manuel López Obrador won the election because the Mexican government had become a committee at the service of a few. A crude plutocracy disguised as electoral democracy where the most important decisions were made under the consent of the men of money.

In that Mexico, taxes were exempted for large companies every six-year term began, the labor law was a simulation that allowed the country to have one of the lowest wages in Latin America, and the lack of competition had turned the economy into a feast of price premiums.

Morena came to power with the most laudable mission ever entrusted to a political party in Mexico: to democratize access to power. Stop listening to those above and listen to those below.

Three years have passed and Morena is failing. It is not yielding enough results, and its failure is an enigma for Mexican democracy. The party came to power with a majority in both houses, strong approval of the president, and strong popular support.

My argument is that Morena has not lived up to the task because of a critical leadership failure: the president has a fondness for vendettas.

The main errors of the López Obrador government can be traced in its conception of politics as vendetta and his inability to cool his head before making decisions. His collaborators have taken advantage of this presidential revenge to stay by his side. Stoking it and aggravating it. Therefore, if López Obrador wants to give results in the three years of government that remain, it will be imperative that he learn to drink the coldest soup. I explain.

The 2018 election gave López Obrador a very specific mission: to overthrow the committee-of-entrenched-interests that called itself the Mexican government.

This involved doing many very good things. Unmask its reforms in a way, expose its supposedly autonomous institutions and eradicate the crude ways in which the economic elite make money in Mexico: violating the labor law, eluding the treasury and capturing markets.

From the beginning it was known that eradicating the committee was not going to be easy because the committee-of-entrenched-interests is very intelligent and cunning. For example, the committee knows that the corrupt do not survive alone and that is why they share. Their networks extend and touch almost everything. Furthermore, the committee is adept at pretending. It finances civil society organizations that are contrary to its interests to make them related. It sought to influence the creation of all kinds of public policy simulations. From award-winning social programs for their exquisite design (but ineffective due to their lack of budget), to a universal health system that was actually private health insurance that covered only 66 diseases.

The López Obrador Administration had everything to end the committee-of-entrenched-interests. Legitimacy and mandate. But it was not like that.

The power touched them. Obradorismo succumbed to becoming another committee: one at the service of solving the president’s personal grievances.

López Obrador has used his power to attack those who had wronged him by giving life to what he called “the great vendetta”. That is, to the justification of inefficient or openly counterproductive public policies, which appear to solve a serious social problem, but which in reality are only political revenge.

The most obvious was the one that inaugurated the six-year term: the cancellation of the New Mexico City International Airport (NAICM). The decision made no sense. From the beginning it was known that canceling the NAICM was more expensive than ending it. I do not care.

The vendetta it was a stronger motivation. That is why when López Obrador publicly discussed the decision, he did not do so accompanied by data that supported the cancellation of the airport, he did in a video where he showed next to his arm a book titled Who commands here. The message was clear, the decision was not economic. It was a sign of political revenge against the businessmen who had benefited from public contracts during Peña Nieto’s administration. That vendetta Personnel against the PRI cost Mexico 113,000 million pesos, that is, 82% of the cost of the pension for the elderly, a star program of the obradorismo.

The main characteristic of the revenges of obradorismo is that they are masked as redistributive policies, but in reality they do not advance an agenda that supports the poorest. The goal is to stop those on top, even if no one wins with it.

López Obrador’s energy policy is an example. The change of electricity dispatch rules to favor the Federal Electricity Commission (CFE) to the detriment of private wind power does not make any economic or social sense. It does not benefit the state. On the contrary, it makes energy more expensive. It does not benefit the people. It causes state resources to be invested inefficiently. The sole goal is to punish the beneficiaries of Peña Nieto’s structural reforms and prevent local and international millionaires from taking part in a juicy new business.

I have no doubt that the accumulation of wealth in a few hands is one of the great problems of Mexico. The government must stop it. But it must do so with policies that take away from those above, to give to those below. Just not hitting those above is not enough.

Even more interesting is the fact that, apparently, some of López Obrador’s closest collaborators have used this fondness of the president for the vendettas to stay by his side.

I can’t stop thinking about Hugo López-Gatell, in charge of managing the pandemic, who in an interview commented that a concern that arose when the pandemic began in 2020 was that, in similar situations, private initiative ended up “doing business, selling rapid tests ”. This Administration, he explained, avoided those “very nefarious” ends. In other words, everything seems to indicate that restricting the number of tests was a policy partly motivated by preventing pharmaceutical companies from enriching themselves by providing medical solutions. Especially because, the closest team of the obradorismo thought, the tests were not necessary. For López Obrador and his ghosts, the vendetta against the pharmaceutical companies it was ground gold.

The most obvious face of the great vendettaHowever, it is not the airport, the energy policy or the handling of the pandemic, it is the electoral issue.

The clearest example is the election for governor of Nuevo León. A few days ago the Office of the Attorney General of the Republic (FGR) initiated an investigation against the two leading candidates of the State. Some have interpreted this strategy as an electoral move to give Morena an advantage in the State. It is not like this. The truth is simpler. Its action is a plain and simple vendetta.

In fact, López Obrador knows that the FGR’s investigations will likely reduce Morena’s votes because they will be interpreted as interference from the center. It does not matter. What matters is more personal. López Obrador seeks that the candidates supported by the business groups of Nuevo León are evidenced as corrupt. The vendetta it is against those who 15 years ago financed a black campaign against him. What leaves López Obrador calm is that it is known that the Monterrey Group is corrupt and that it is remembered that way.

Obviously there could not be vendettas policies against those who did not commit crimes, and the great problem of the opposition is that they are surrounded by candidates with questionable reputations. Even so, it seems to me that the president could better use his tools to cause a greater social impact and even greater harm to the corrupt.

A better workshop requires less passion and more head. Beyond playing forcibly with business groups, López Obrador should use his power to quickly and efficiently impose a progressive tax reform where wealth and inheritance taxes are paid. In other words, a completely impersonal public policy where the State reduces inequalities. And where those affected were not certain businessmen, with first and last names, but anyone who has accumulated wealth far above the rest. A simple and flat turn of the wheel against inequality.

Politics must have higher sights. To put the foot to the favorite candidates of the Business Coordinating Council, to eradicate the Peñanietismo businesses and to prevent the businessmen from getting rich is too small a way of doing politics. It accomplishes too little.

The president should begin to focus his political efforts on long-term transformations. In fact, the greatest successes of the obradorismo have happened just when the president has used his majority to implement deep institutional and legal changes. Thus, with López Obrador, Mexico has managed to raise the minimum wage, pass a historic labor reform, regulate the outsourcing, collect tax debts from large companies and expand social programs.

The obradorismo must leave the revenge and embrace the construction. Not with the committee-of-entrenched-interests. They are hopeless. If not with new generations. Obradorismo could become a hotbed of political talent that gives visibility to a new generation of young politicians who can extend and continue López Obrador’s social legacy.

Likewise, it would be important to support the political professionalization of the States, the government area where the most important electoral contests will be played in the near future. A better López Obrador should see beyond his grievances.

Sometimes I imagine what López Obrador has faced. Spending years visiting the poorest towns in Mexico and understanding first-hand how these inequalities are created. I imagine the helplessness and anger that brewed in him when he saw that, and when he watched the men of money ignore their privileges. Being a leader requires being able to see that and knowing that your success depends on acting on behalf of the dispossessed, but with a very cool head. That is what López Obrador has not been able to do.

Politics is a soup to be eaten cold. It is time for the workers to understand it.