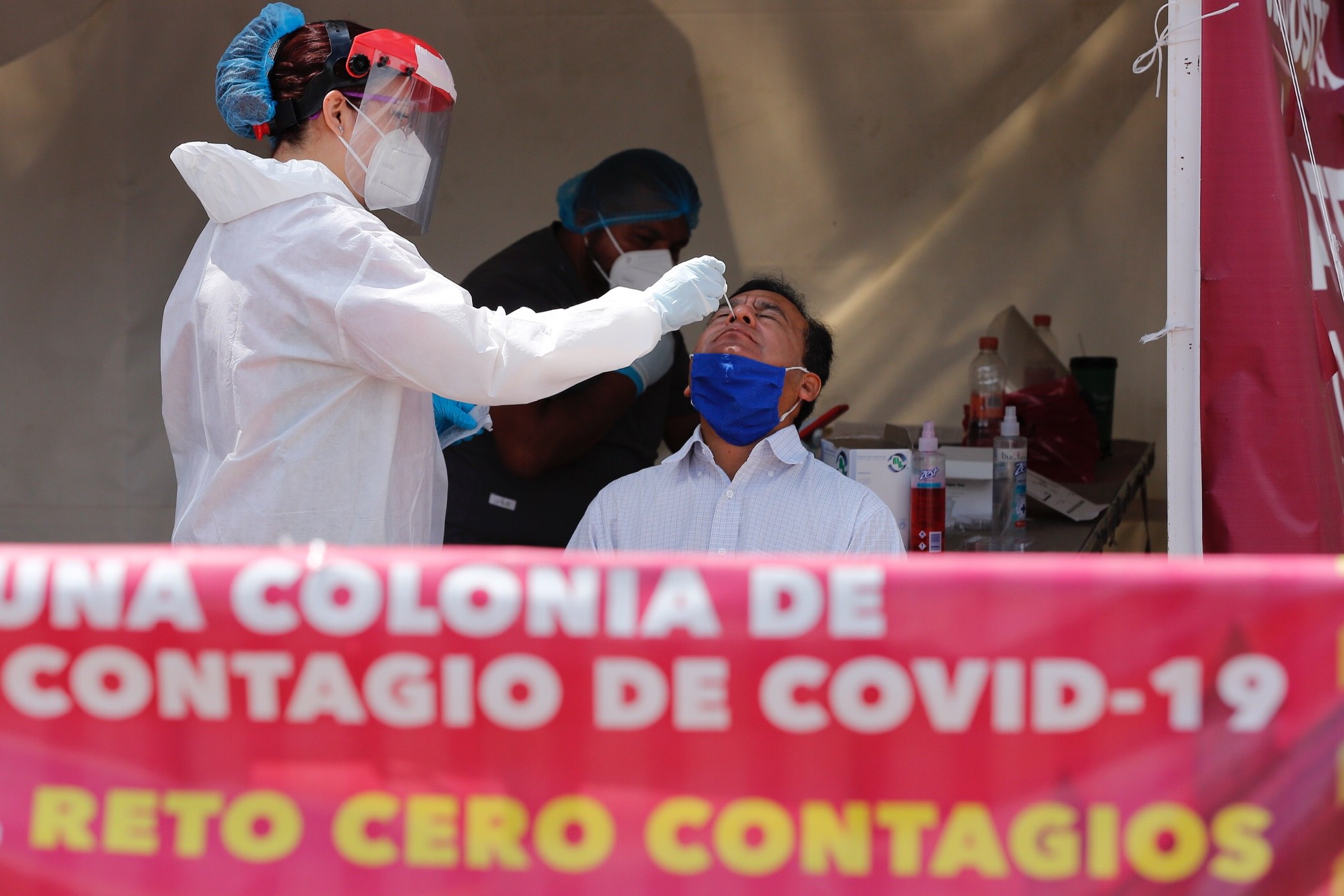 The federal government has recognized this Tuesday that Mexico is experiencing its third rebound in covid-19 cases, the first this year. The Undersecretary of Health, Hugo López-Gatell has announced that there is an increase of 22% percent in the epidemic curve in the country, going from 24,825 to 30,369 cases in just seven days. However, he has pointed out that in this wave, unlike the previous ones, it is observed that the speed of hospitalizations and mortality is lower. “One of the things that is notorious in Mexico and in the world is that even when there are these third waves, that is, we are having cases, but hospitalization and deaths are not growing at the same speed.

Since mid-June, states such as Baja California Sur, Yucatán, Quintana Roo and Tabasco have registered increases in patients week after week. Although the outbreak began in the main tourist sites of the country due to the entry of foreigners, President Andrés Manuel López Obrador, declined to tighten the measures to allow tourism access. “The basic strategy is vaccination,” he declared this morning during his usual press conference.

Hospital occupancy of general beds is currently 20%, while in beds with a ventilator it is 16%. López-Gatell has ensured that deaths are lower compared to other outbreaks due to vaccination. During the Executive’s press conference, the official announced that in the coming weeks Mexico will receive fewer doses of the Pfizer vaccine because the pharmaceutical company is in a process of reconversion of its plants. In the country, more than 33 million people have already been vaccinated, of these 60% with a complete dose schedule.

Since the beginning of the pandemic, Mexico has accumulated more than 2.5 million people ill from covid-19. In the last 24 hours, 67 more deaths were registered, for which there are already 233,689 deaths due to the disease. With these figures, Mexico is the fourth country in deaths only behind the United States, India and Brazil.

At some points, however, the escalation of infections is going faster than the rest of the country. In Mexico City, cases have increased by 40% cases of covid-19 compared to the previous week, going from 6,308 to 8,827 in just seven days, according to official figures. Last week, the capital authorities reported that people between the ages of 18 and 29 are the ones who are getting the most from coronavirus. Daily hospital admissions in the capital went from 48 to 89 records in recent weeks. In the accumulated, the capital adds more than 692,000 infected and 44,000 deceased.

The increase in cases and hospitalizations in the capital coincides with the most ambitious vaccination project in the capital. This week the Sheinbaum government aims to vaccinate more than a million people. So far in Mexico City, more than five million doses have been applied, representing 49% of its population.

As of this week, the federal government has enabled the registry for the Covid-19 Vaccination Certificate that has a QR Code, so that the population has a general official proof of vaccination. This document can be downloaded from the website https://cvcovid.salud.gob.mx by entering the CURP.