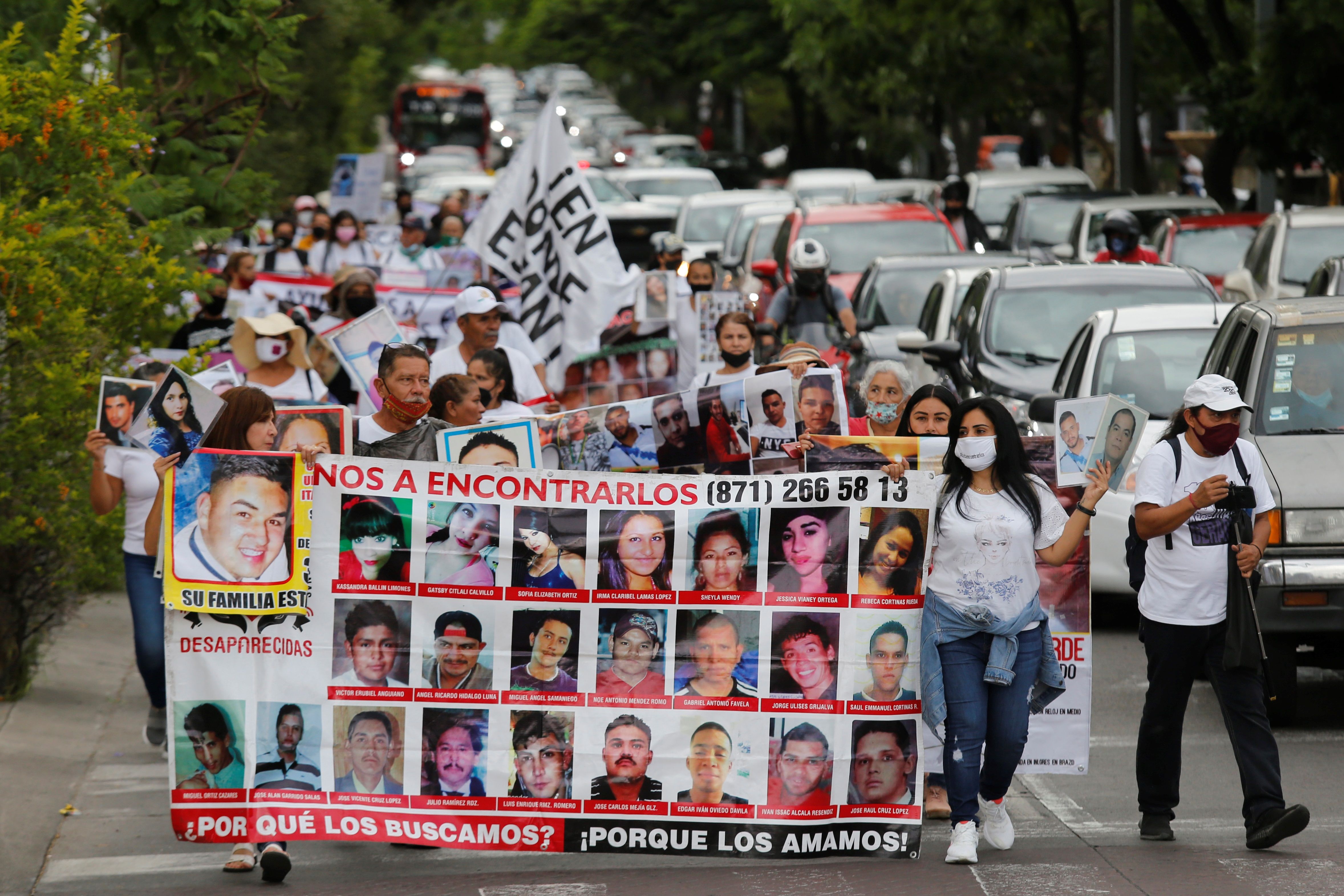 The black figures of Mexico intensify. In the first three years of Andrés Manuel López Obrador’s administration, 21,546 people have been registered without locating. No other administration since the record has had so many disappearances in its first half of its term. Jalisco, Mexico City and Michoacán are the States with the most accumulated reports. The Undersecretary for Human Rights, Population and Migration, Alejandro Encinas Rodríguez, has highlighted that for two years there has been a downward trend with a decrease of 22% in cases of missing persons. The head of the National Commission for the Search of Disappeared Persons (CNB), Karla Quintana, has stressed that the days to find the disappeared continue to be reinforced, which have reached 1,758 since the beginning of 2019.

Women are 25% of missing persons, especially between the ages of 15 and 19, a fact that the authorities link to the growth of the human trafficking business. Regarding the total number of unaccounted for minors, more than 50% are women. 63% of missing girls, adolescents and women are concentrated in seven states: the State of Mexico, Tamaulipas, Jalisco, Nuevo León, Veracruz, Puebla and Mexico City.

Since the beginning of the records in Mexico of this tragedy – on March 15, 1964 – there have been 220,330 reports of disappearances, of which 49,581 (almost a quarter) were made during López Obrador’s administration. As of today, almost 90,000 people have not been located. In Mexico, only 4 out of 10 people have managed to be located after having filed their disappearance complaint. Of the rest, 6.6% are found without life, according to the National Registry of Missing and Uncharted Persons (RNPDNO).

Alejandro Encinas Rodríguez has highlighted that of the 49,581 people reported as missing since December 2018, more than half have been located while maintaining the search for the other 89,488 historical disappearances since 1964. He has also underlined that there has been a downward trend in the number of finds of clandestine graves in the first half of the year, as well as reports of missing persons. “It is an optimistic result, but it is a phenomenon that persists in our country,” he acknowledged. In 2021 alone, 174 clandestine graves have been found, from which 393 bodies have been recovered. Jalisco, Colima, Sinaloa, Guanajuato and Sonora are the states where most of them are concentrated.

The undersecretary has explained that disappearances are fundamentally linked to the activity of criminal groups, but it is a historical trend in the country. “Unfortunately, the practice of forced and systematic disappearance was a general practice for many years, mainly from the authorities, from the Mexican State,” Encinas said. “It is a practice fundamentally linked to criminal groups, but there are still responsibilities of state agents, particularly at the municipal level,” he declared.

Mexico continues to face the blackest chapters in its history. Quintana has detailed how the discovery in 2017 of a clandestine cremation center in La Bartolina, Matamoros, still returns remains of cremated bodies. “500 kilograms of calcined bone remains have been recovered,” he said. Since last March, three massive exhumations have been carried out to identify bodies in cemeteries in that municipality, of which 425 bodies have been recovered. Quintana and Encinas have made a special mention of Claudia Uruchurtu, the activist who disappeared in Oaxaca whom the authorities have considered murdered. Members of the CNB together with state authorities are still in operations to recover the body.

Only on the highway from Nuevo Laredo to Tamaulipas, especially around kilometer 26, in the first six months of 2021 71 people have disappeared. “We know that the Northeast Cartel is in this area and the New Generation Jalisco Cartel probably wants to enter as well,” said Quintana. The authorities assure that the majority are drivers of cargo trucks or taxis. “There is a search operation, but so far there is no record of the vehicle remains of these people,” Encinas has detailed.