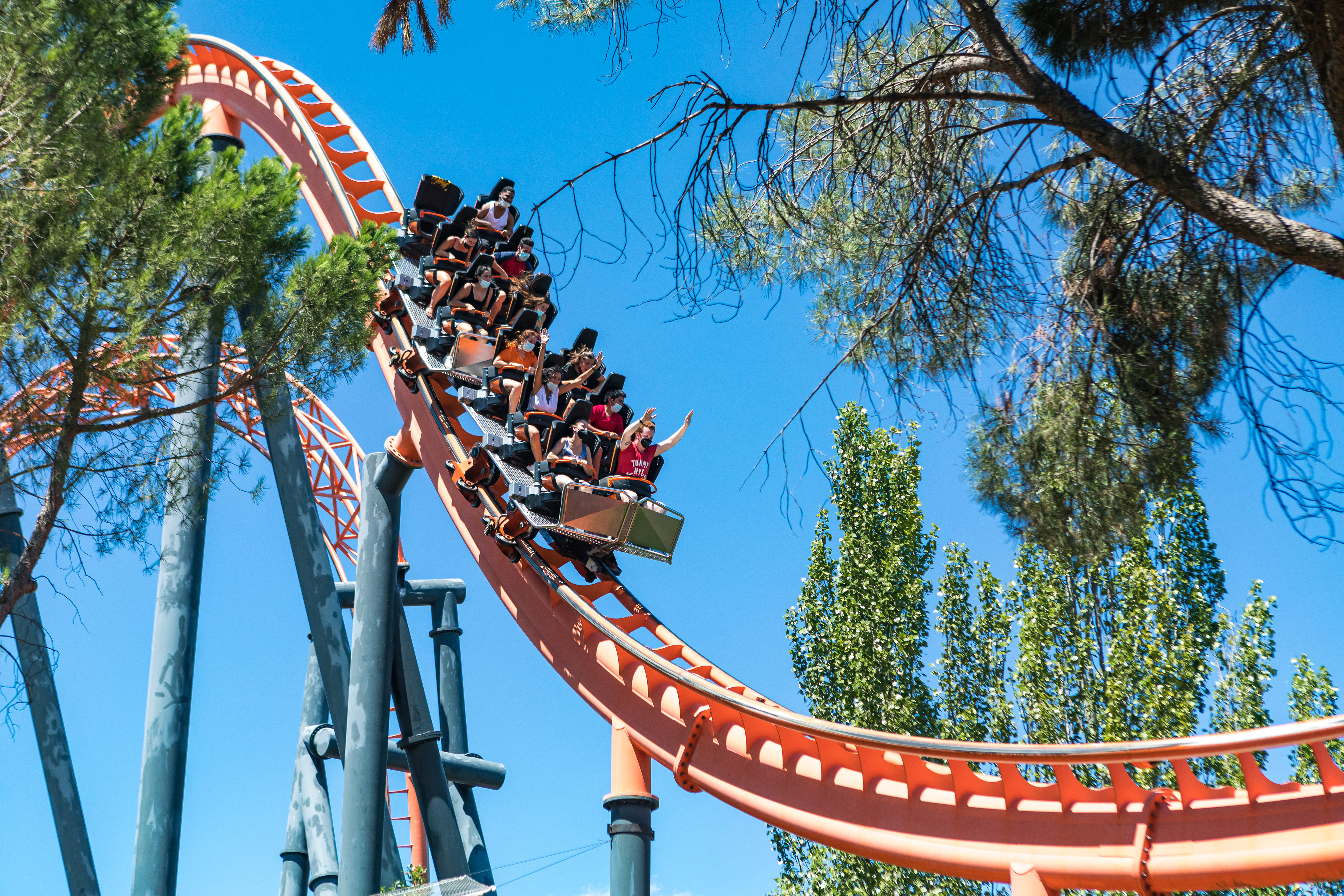 In March of last year, Walt Disney announced that, for the first time since the 9/11 attacks, its parks in the United States were closing due to the Covid-19 crisis. Subsidiaries in the rest of the world suffered the same fate. “I think the first shock was when Disney made public that it was closing,” recalls Hal McEvoy, president and CEO of the International Association of Attractions and Amusement Parks (IAAPA, for its acronym in English) by video call, “and then understanding how we were going to deal with it. ” A year and a half later, the parks that have opened show signs of recovery and the sector sees the future with a mixture of optimism and prudence.

The impact of the crisis, which cost the Disney subsidiary 6.9 billion euros in losses last year, has been significant in all territories, McEvoy says. According to IAAPA data, theme parks have been hit harder by the pandemic than the economy as a whole. “In the United States alone, losses were five times greater than the average loss in other industries,” sources from the association say in a subsequent email.

In Spain, says Guillermo Cruz, president of the Spanish Association of Amusement Parks (AEPA) and general director of Isla Mágica, the turnover of the members of the association, which generates about 6,000 jobs, ranges between 300 and 350 million euros in a normal year. This 2021, he says, has gone better than they expected. “In 2020 it was 80% less. And this year it has been 20% or 25% less ”. In 2019, they contributed to the generation of direct, indirect, induced economic activity and tax collection of 4,883 million euros, according to a study by the AEPA. Among its members are Parque Warner, in Madrid, and PortAventura, in Tarragona.

“This year we are seeing an important recovery in the shape of a V, with a good summer based, obviously, on the national market”, says Fernando Aldecoa, general manager of PortAventura World. “We have seen that spending per person in parks and hotels has had figures higher than those of 2019.” The company recorded losses of 43.6 million in 2020. “Considering that we only opened three months,” he points out, “we were close to break even [punto de equilibrio operativo], with which I believe they are positive results ”.

The worst seems to be over, but the road has been long. McEvoy recalls that one of the main lines of action was to work with governments to convey to them how the pandemic affected and was going to affect the sector. “And to make sure they understood that everyone was going to need some kind of assistance,” he says. The differences between countries also posed an extra challenge: “Everyone was in a different phase. And we had to be very agile and pivot ways to help our members depending on what the situation was. ” Another key part was the reopening procedures. “Bringing the industry together to share what kind of health and safety protocols we needed, how we could open safely,” he says. The sector worked together, and the collaboration between parks, manufacturers and suppliers helped to open safely. Aldecoa emphasizes this idea of ​​cooperation and points out that during the pandemic, the parks have shared best practices.

Digitization has been key in this adaptation to the new reality. “There has been a lot of innovation,” McEvoy notes. The IAAPA director talks about ordering systems in restaurants, reservations or facilitating the use of cards versus cash. Aldecoa gives as an example the advance ticket sales online: “In which you can perfectly know the date on which you are going to come, and that allows you to better manage the flows and this is very much appreciated by the client”. Complying with the measures established by the health authorities and establishing an environment as safe as possible for workers and visitors involved a significant outlay. The director of PortAventura World says that they have allocated 10 million euros in these two years to this end.

Another lesson from the pandemic has to do with attracting, retaining and managing employees. “Because of ERTEs and layoffs and whatnot, one of the biggest challenges in the industry right now is staffing,” says McEvoy. “And I think that also makes people look for innovation and other ways of doing things. If you can’t get a manpower, but you have to offer the service, there is an innovative way to do it. ” Faced with this, he points out: “It is not that people do not want to hire, it is only in cases where there may not be people to hire.”

According to Cruz, president of the AEPA, almost all of the permanent staff that were in ERTE have recovered, although it varies depending on the case. Regarding layoffs, he says that “each one has done what he could”, but that it has not been, for the moment, an “important screening”. He points out that they have not received any type of help and that this means that, if the recovery is not quick, some parks may suffer. “So, we are requesting aid due to the situation of the crisis and we continue with our battle in relation to the reduction of VAT to 10%.”

By 2022, the sector moves between optimism and caution in the face of variables that are beyond its control. Cruz is optimistic with PortAventura, but clarifies that they do not know how the market will respond and that other factors must be taken into account apart from the evolution of the covid, such as the economic situation. McEvoy, for his part, refers to the activation of international travel and ensures that the industry looks positive to the future.