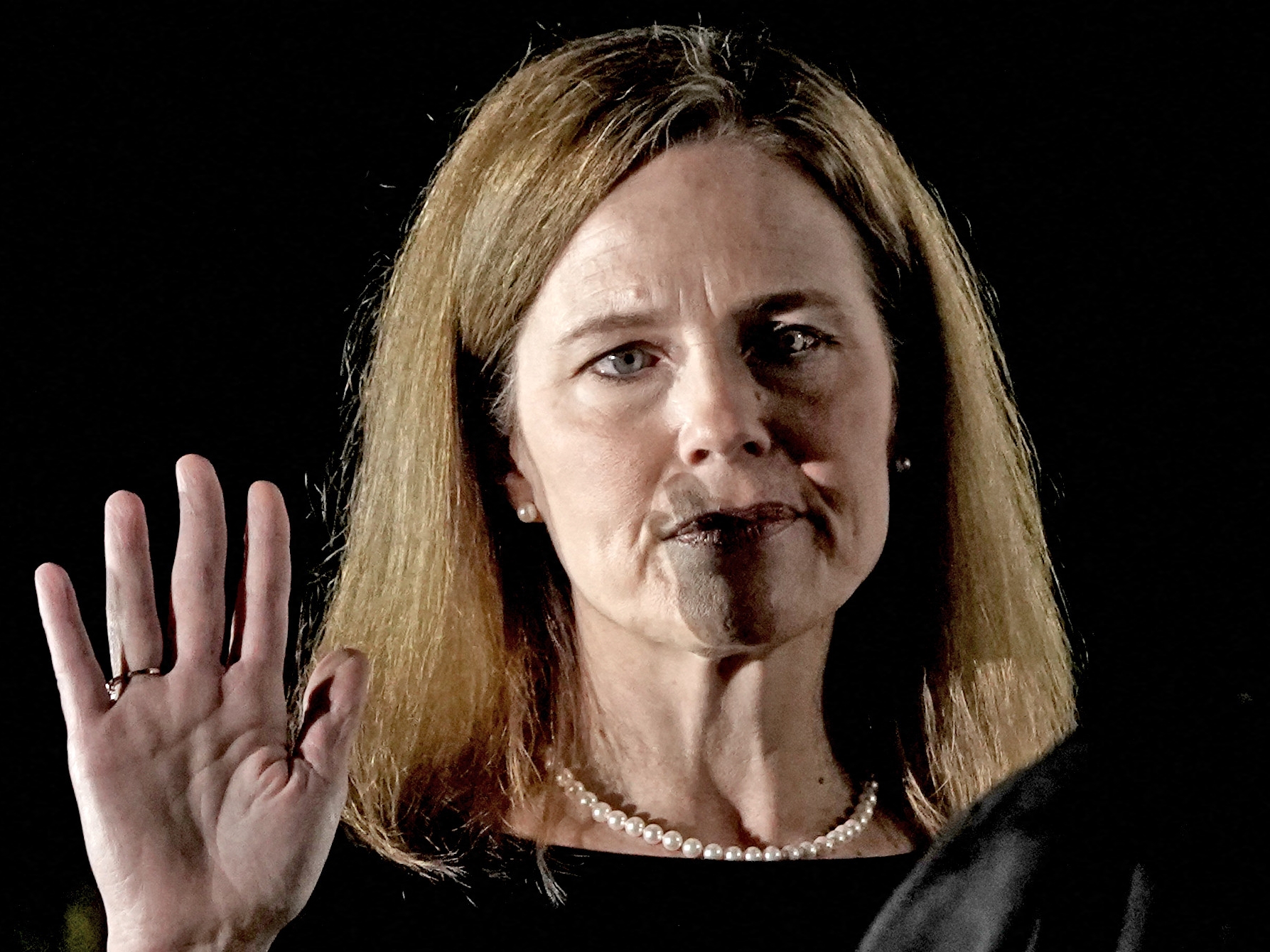 The United States Senate has offered this Monday what will probably be the last image, before the presidential elections on November 3, of the polarization that has weighed down the House these four years, by confirming Amy Coney without a single Democratic vote Barrett as the 115th Supreme Court Justice, the fifth woman to sit in one of its seats in the institution’s 231-year history. The entry into the Supreme Court of Barrett, which will occupy the place vacated by the death on September 18 of Ruth Bader Ginsburg, legend of feminism and icon of progressive causes, will consolidate the conservative majority in the highest judicial instance of the country, far beyond the elections that are held in eight days and regardless of the direction of the votes that Americans are already casting at the polls.

Barrett, 48, a devout Catholic and Orthodox interpreter of the Constitution, marks President Trump’s third Supreme Court justice appointment, a record for a single term. It is the spearhead of an unusual wave of young and conservative judges, 162 from the district and 53 from the appeals circuit, with which the Republicans, after unceremoniously blocking dozens of appointments of Democratic President Barack Obama, have transformed into these four years federal justice. “This is something to be really proud of and something to feel good about,” said Senate Majority Leader Mitch McConnell, a linchpin in this years-long operation by Republicans to hold on to power through of the courts.

“The American people will never forget this blatant act of bad faith. They will never forget your complete indifference to the voices of the people who are voting for their election right now, not yours, ”Chuck Schumer, leader of the Democratic minority in the Upper House, told Republicans. “The reason we have been able to do what we have done in 2016, 2018 and 2020 is that we have the majority. No rules have been broken. So all these outlandish claims are completely absurd, and the louder they scream, the more inaccurate they are, “McConnell said.

Barret’s confirmation process has taken just over four weeks, a record time, and while Americans were voting in numerous states. More than 60 million citizens have already done so by the time Barrett has received the Senate conformation, under the closed night already in the Capitol in Washington, by 52 votes to 48. Not a single Democratic support has received. It is the first time in modern history that the Senate confirms a Supreme Court justice without any vote from the minority party. A Republican senator, Susan Collins, who faces a difficult reelection in Maine, has also voted against the judge’s confirmation.

Never before has a position in the Supreme Court been approved so close to the elections. Four years ago, Republicans refused even to consider Obama’s proposed judge to fill a vacancy, 10 months before the election. They argued that it was not appropriate to do so in an electoral year and that it was up to the president who left the democratic polls to appoint the judge.

This time around, not even a pandemic has slowed Republicans. The reception that Trump gave Judge Barrett, on September 26 in the Rose Garden of the White House, in which most of the guests were without a mask, became a super-spreading event of the Covid, after which the President himself and the first lady tested positive. Also some senator, like Mike Lee, a member in addition to the Senate Judiciary Committee, to whom he did not hesitate to go in person during the judge’s confirmation hearings. Vice President Mike Pence, who chairs the Senate, has not attended the House, after Democrats asked him not to appear in light of the five positives detected in his closest professional circle over the weekend. His office explained that he would only come if his vote was needed to break an eventual tie.

President Trump has not wanted to miss the opportunity to exhibit a victory just eight days before the election, and has held a ceremony at the White House in which the judge has been sworn in tonight. Striking decision given the precedent of the last act in homage to the judge on the same stage.

“This is a transcendental moment for the United States, for the Constitution and for the just and impartial rule of law,” said the president, who later greeted from the balcony of the White House with Judge Barrett, while the public clapped from the garden.

“The unprecedented and hasty confirmation of Amy Coney Barrett, in the middle of an election, should be a stark reminder to all Americans that every vote matters,” Democratic presidential candidate Joe Biden said in a statement. The anger among the Democrats led some, such as Congresswoman Alexandria Ocasio-Cortez, to publicly demand the reform of the Supreme Court to add more justices, so as to neutralize a conservative majority that they consider illegitimate. Biden himself said last week that if he wins the election, he will launch a commission of experts to draw up recommendations on reform of the court.

As of this Tuesday, the conservative judges have a majority of six votes to three in the Supreme Court. Gone are the years of a technical tie between conservatives and progressives that a judge considered a hinge had to break case by case. Just a week after the elections, the new Supreme Court will hold the hearing on the fate of the health reform promoted by the Democratic Obama Administration, and contested by various Republican states and the Trump Administration, which wants to repeal it but has not presented an alternative plan .

Democrats warn of the potential for millions of Americans to be left without health coverage amid the pandemic. Knowing that they lacked the resources to stop the judge’s confirmation, one Democratic senator after another has repeated the warning and asked Barrett where he stands on the case. The judge has refused to advance her position, nor has she wanted to evaluate the court’s precedents on issues such as abortion or the rights of homosexual people. It will not be guided by “Amy’s law,” he simply said, but by that of the American people.