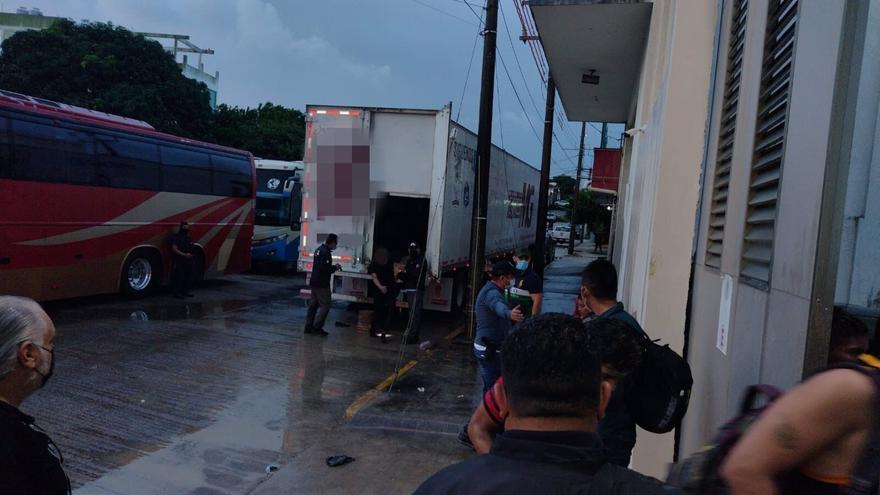 At least 49 migrants have died and 58 have been injured this Thursday when a truck overturned in the Mexican state of Chiapas, as reported by the Director General of Civil Protection, Luis Manuel García. The event occurred around 3:00 p.m. this Thursday between two trucks that were circulating on the Belisario Domínguez bridge, on the road between the municipalities of Tuxla and Chiapa de Corzo, although official details on the causes of the accident have not yet been offered. .

In the vehicle in which the deceased migrants were found more than a hundred people traveled, most of them from Central America, reports the Mexican media ‘Milenio’.

Emergency teams from the Chiapas Health Secretariat, Civil Protection and the Red Cross, in addition to the National Guard, have come to the site, while members of the National Civil Protection Coordination also go to the area by order of the Presidency to “attend the emergency”. The governor of Chiapas, Rutilio Escandón, has expressed, through his Twitter profile, his “solidarity” with the victims of the accident and has stressed that “responsibilities will be determined according to the law.”

Migratory movements have increased in Mexico since October 2018, when caravans with thousands of migrants, mostly Central American, began arriving in the country in an attempt to reach the United States. In recent months, several caravans have left southern Mexico, most of them dismantled by the country’s authorities, who received sentences from the UN for the treatment of foreigners. The Mexican Government has drawn criticism for its treatment of migrants and for the current deployment of tens of thousands of elements of the Armed Forces on the northern and southern borders for migration control tasks as part of the cooperation in this matter with the United States. In many cases, human traffickers transport foreigners in overcrowded conditions and with little security through the states of the southeast, center and north of the country on their way to the United States.

Mexican authorities intercepted 228,115 migrants and deported 82,627 from January to October 2021, numbers not seen in more than 15 years. In addition, 123,000 migrants have requested refuge in the first 11 months of 2021, another absolute record since in previous years there were barely 40,000 requests.

“I deeply regret the tragedy caused by the overturning of a trailer in Chiapas that was transporting Central American migrants. It is very painful. I embrace the families of the victims,” ​​López Obrador wrote in a message on Twitter.

In statements to the media, Luis Manuel García Moreno, Chiapas Secretary of Civil Protection, specified that the figure was 49 deaths in one of the most serious tragedies of this type in remembrance. The official indicated that at around 3:30 p.m. local time (9:30 p.m. GMT) a trailer was transporting just over a hundred Central American migrants flipped on a curve, from speeding, on the Chiapa de Corzo-Tuxtla Gutiérrez highway.

“Serious accident in Chiapas with victims of nationals of other countries. My condolences to the victims and affected families. In communication with the State Government and Civil Protection. We make contact with the foreign ministries of the affected countries,” the Foreign Minister also noted on Twitter. Mexican Marcelo Ebrard.