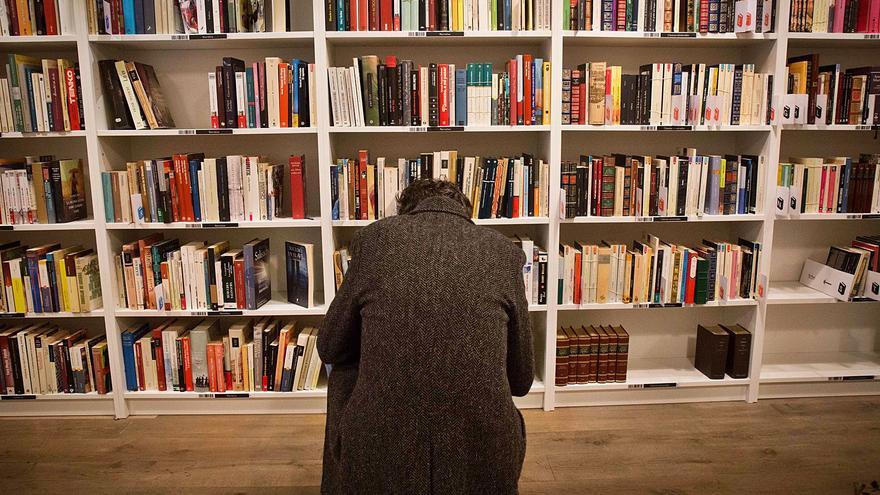 This perhaps unnecessary preamble comes from the poems of La curación del mundo, the last title by Fernando Beltrán (Oviedo, 1956), a sum of twenty-five texts inspired to a great extent (it is the axial issue of the volume, although not the only one) for his experience of being infected and convalescing from the coronavirus disease. A collection that shows from the very vortex of the devastating effects of the pandemic, as the poet has recounted in detail, the possibility of a substantial writing in the heat of the facts and their circumstances. In this sense, these verses can be read as spells against the most feared demons, still lurking next to the pillow of the infected.

In this way, the poems in The Healing of the World have much of a satisfying exorcism and affirmation of life: “On the edge of the abyss. // If you no longer have bones why do you start / to see them there in the background. Twenty steps ahead. // Islet in an alcove. Ovule, oval. // Do you live. // The disease could not. And also the coherent verbal praxis of an author who, included in some of the most conspicuous anthologies of the one described with wide-ranging criticisms as “poetry of experience”, has taken good care to underline his position in that aesthetic guerrilla: he writes “poetry not from experience, but from experience ». The nuance it introduces when substituting one preposition for another is not trivial. Biography and existence offer a subject, but they are only the substrate from which the poem grows until breaking the codes of imitatio, as I already noted in the review of Where No One Calls Me, a volume also published by Hiperión and in the that Fernando Beltrán gathered three decades of poetic writing, much of that published between 1980 and 2010.

Also Read  Cop26 has to try to keep fossil fuels in the ground. Everything else is distraction | George Monbiot

An affirmation of existence

In La curación del mundo we find many of the characteristics of the style that Fernando Beltrán has been polishing since the distant Aquelarre in Madrid, with which he obtained in 1983 (that year he won the Luis García Montero prize with The Foreign Garden) the second prize for Adonáis. In the best texts of the Asturian poet, one of the promoters in the eighties of the movement to challenge the newest aesthetics through “sensism” (with Miguel Galanes and Vicente Presa) or manifestos such as We lost the word and Towards a meddling poetry ), there is a singular alloy of elegiac and visionary tones, of intimate and at the same time social writing, of metaphysical inquiry and biographical concretion (the poem “Alpe D’Huez” is an example), of romantic tremor and reception of irrationalist images. .

The book opens with “The Angel’s Hierarchy”, a long poem with assumed Rilkean echoes (the only introductory quote in the volume is by the author of Duino’s Elegies) that is key in the assembly of the whole. It is the text in which he realizes a resurrection, a restoration of the rhythms of life: «The lung in its eagerness, the wave in its foam, everything continues, / the stone in its silence, the hammer to the yours…”. Beltrán has said that these verses have much of a confirmation: the conviction that he had escaped from a lethal disease in numerous cases, as we know. Although the genesis of The cure of the world is in the finding of three verses that the poet has chosen to place at the end: “Never / the light of the day / so much light.” In other words, the author finally combines an inverse journey to the one he made: from the healing revealed by the new feeling of things and their effects, a perception that unfolds through the recourse of chaotic enumeration, to the glimpse of light of Goethian resonance.

Also Read  Iran's water bankruptcy risk: not everything is to blame for climate change | Climate and Environment

The collection of poems participates in some of the models of the so-called «subjective epic». Not everything is, however, battling coronavirus ravages. We find tributes to Goya and Luis Eduardo Aute, celebrations of love and Paris, as well as texts (which I prefer) in which a wise use of ellipsis and images results in compositions of great beauty: “The copper patience” , «Blue oranges» or «Cantabrian».

It is true that “nature does not care whether you die or not,” as the poetic voice of “The Angel’s Hierarchy” points out, but to the readers of Beltrán, recognized “name-maker” and promoter of the Aula de las Metáforas, we It is comforting that the poet has emerged unscathed from the darkness of recent months with these fiery words.