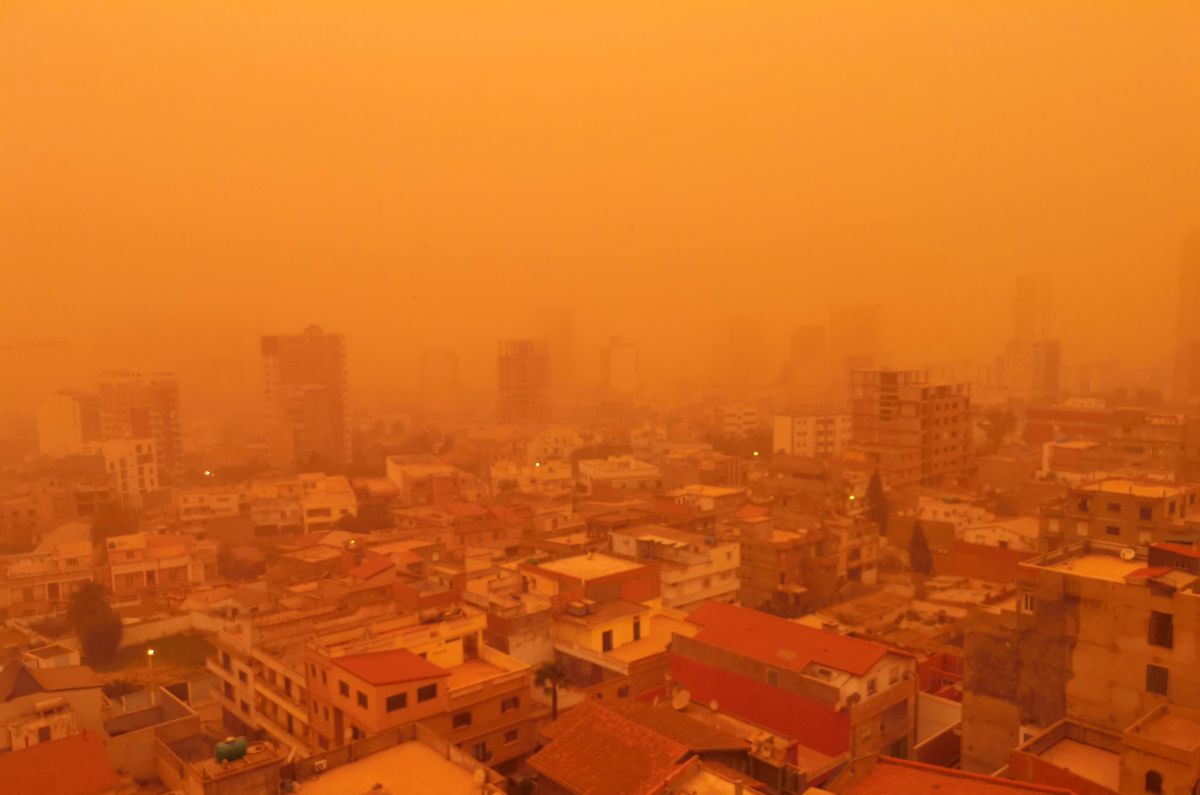 Although they looked like scenes from some apocalyptic movie, that portray the end of the world, it was actually a fact that was presented this Sunday, September 26, when several cities in the state of Sao Paulo, Brazil, experienced a large dust storm which caused them to lose practically all visibility for several hours.

The most affected localities were Franca, Ribeirão Preto, Araçatuba, Barretos and Presidente Prudente, which are close to the border with Minas Gerais.

Several inhabitants of this region took out their phones to record the moment in which the great cloud of reddish dust moved through the different cities, completely covering everything in its path (including large and tall buildings).

There is another video that captured, in particular, the exact moment in which some people who were enjoying, apparently, the terrace of a restaurant begin to flee the place to seek some shelter while they see that umbrellas, tables and chairs fly of the premises.

Meteorological experts explained that When there are large gusts of wind in places where the soil is extremely dry, dust usually rises, along with remains of vegetation and burning, which can reach up to a height of 10 km.

This natural phenomenon is not surprising that it had occurred due to the drought that persists in this area of ​​the Brazilian territory.

“First comes the storm and the storm cloud, which generated the most horizontal wind current and messed up all this debris. As it has not rained in months in that region, there is a lot of dust, the soil and vegetation are dry, and the fires have also contributed ”, explained the meteorologist Estael Sias en interview for Correio Braziliense.

Sias added that these types of dust storms are more frequent in Asia and that the one experienced in Brazil was likely to disperse in a matter of hours. “The wind that follows the storm will help spread this sand more and it will dissolve, like the process of fog, which is slow but aided by the wind itself,” he added.

Hours later, the satellites of the National Institute of Meteorology showed that, for example, in the municipality of Franca winds that reached up to 60 kilometers per hour were recorded.

Sandstorm in China “swallows” the city of Dunhuang almost completely

In photos: the spectacular images of the sandstorm that turned Cairo orange