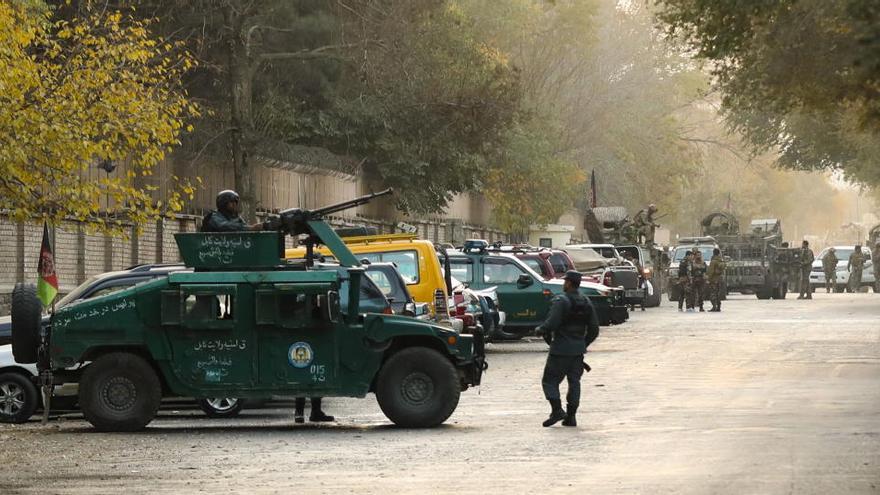 At least 22 people were killed, including the three attackers, and the same number were injured in an armed attack this Monday that lasted for five hours in the Kabul University, where thousands of students were.

“The terrorist attack on Kabul University ended with the death of the three terrorists. Unfortunately, in this attack other 19 people died and 22 more were injured“Interior Ministry spokesman Tariq Arian said in a statement.

Among the dead there are at least ten girls, Arian later detailed to EFE, who celebrated the rescue of hundreds of students and university personnel during the almost five hours that the operation lasted, while the security forces are now making an effort to remove unexploded explosives from the area.

Among the injured are students, teachers, administrative employees of the university and a taxi driver, the spokesman for the Ministry of Public Health, Akmal Samsour, explained to EFE, revealing that although most of the injured “have bullet wounds“, all are” stable “.

The attackers chose the first hour of the morning, in the shift with the highest class attendance, to enter the universityWhen, according to what the spokesman for the Ministry of Higher Education, Hanif Farzan, explained to EFE, some 15,000 people were on campus, including students, teachers and other employees.

Social networks were soon filled with videos filmed by students with their mobile phones, in which young people of both sexes were shown jumping walls and fleeing the campus, while gunshots were heard in the background.

Local media have spread images of the university with student bodies scattered throughout the classrooms and hallways.

For now no insurgent group has claimed responsibility of the attack.

The main Taliban spokesman, Zabihullah Mujahid, said in a brief statement that the fighters from the Islamic Emirate (as the Taliban call themselves) had nothing to do with the attack on the university.

The convictions for the attack on one of the main educational institutions in Afghanistan were immediate, among them those of the office of the Afghan president, Ashraf Ghani, or the highest authority in the Afghan peace process, Abdullah Abdullah.

“I strongly condemn today’s cowardly terrorist attack against Kabul University. Attacking educational institutions is a heinous crime. Students have the right to study in peace … We will prevail over the forces of evil,” President Abdullah said on Twitter. of the Superior Council for National Reconciliation.

Also the NATO representative for Afghanistan, Stefano Pontecorvo, condemned what happened and recalled that “this is the second attack in 10 days against an educational center in Kabul”, after the attack against a study center of the Hazara Shiite minority that left 24 dead, mostly students, and 57 wounded.

Afghanistan also experienced insurgent actions against universities in the pastSuch as the one that occurred in October last year in the southern province of Ghazni, in which 23 students, mostly women, were injured after a classroom bomb exploded.

In addition, in August 2016, in the Afghan capital, an attack on the American University of Kabul, which lasted for ten hours, caused 17 deaths and 45 injuries.

The attack occurs when since September is taking place in Doha el start of peace talks between representatives of the Taliban and the Afghan Government, which seek to end nearly two decades of war in Afghanistan.