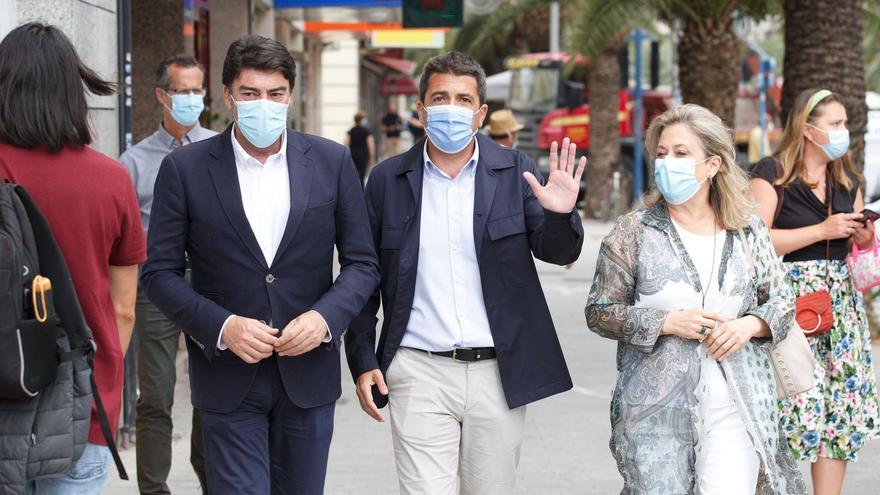 Anaya communicated to the COC on June 1 a list with some thirty collaborators to be accredited as auditors. However, the mayor of Ayora has complained this morning that they have not been accredited, so they have been prevented from entering the venues. Specifically, they have had problems accessing the polls where the militants of Valencia city are voting, at the headquarters of the party, one of the places where Anaya hopes to obtain more support thanks to the support of former president Francisco Camps and the Popular Forum 2020 made up of some historical members of the PP. It should be remembered that the voting started this morning at noon in the provincial capitals, while in the rest of the municipality the polls are open from 6:00 p.m. to 9:00 p.m., at which time that will proceed to the closing and the count. Results are expected from ten o’clock in the evening.

The day has started with these incidents in the capital. Hence, from Anaya’s team it is denounced that it is a serious irregularity since they could not have access to the voter census of each group, or control in any way what is happening in the spaces enabled to vote.

COC sources have explained that it is a confusion since they received a first email to accredit their auditors, but that, once opened, the list spoke of “proxies” and not of auditors. They are different figures and the first is not part of the PP primary process. The proxies can go from table to table to supervise the voting, while the auditors can take minutes and are assigned to the specific tables. However, Anaya sent a second list with the rectified word that the COC has not seen until this afternoon.

On the other hand, from the COC they point out that no auditor (not even those of Mazón) have accessed the Valencia city headquarters due to capacity issues. It is a very small space and the restrictions by the Covid prevent everyone from accessing it. For Anaya’s team, it is one more example of a lack of neutrality in the process. On the other hand, since the candidacy of the mayor of Ayora, they have also complained that some party officials have breached the congress regulations by campaigning for Mazón inside the voting precinct, something that is expressly prohibited in the article 11.4.

For its part, the favorite of the day, Carlos Mazón, voted this morning in Alicante. Mazón has assured that today the path to improve the lives of those of us who live in the Valencian Community began. “Today begins the recovery of institutions, the return of policies focused on the real problems of the people,” he said.

The mayor of Ayora planned to vote today in the afternoon in his municipality.