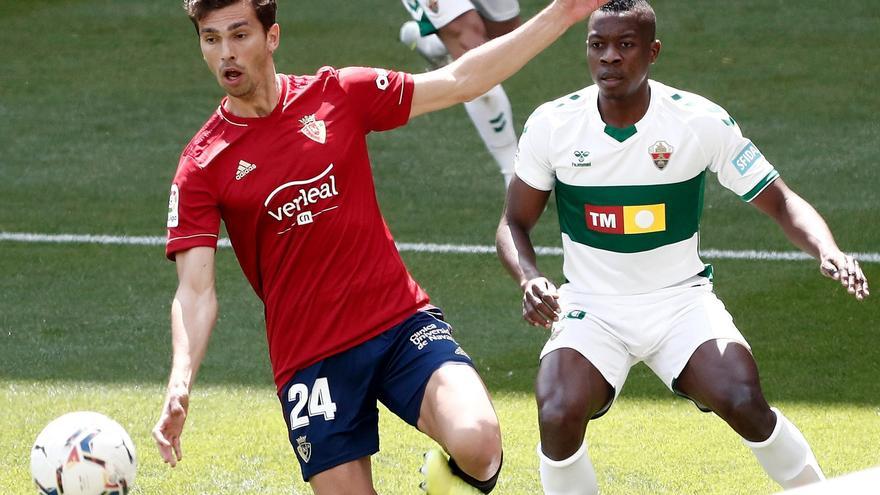 Escribá thought more about next Wednesday’s game against Valladolid and surprised with the starting eleven performing a revolution with up to five changes with respect to the previous match against Huesca. The main novelty was in the change in the goal, removing the undisputed holder Edgar Badia and making the Argentine debut Paulo Gazzaniga. What’s more, Gonzalo verdu, warned with four cards, stayed on the bench and Diego Gonzalez was the couple of Dani Calvo in the center of defense. Helibelton Palacios went back to the right side instead of Barragan. The bands were also new. Josan entered right by Tete Morente Y Rigoni was chosen to replace the sanctioned Fidel.

The staging of the franjiverdes was good. With a good defensive disposition tried to do damage with fast transitions by the extremes with Rigoni and Josan. The Argentine had a shot from the edge of the area that stopped without problems Sergio Herrera. And the crevillentino put a good center to which Rigoni did not arrive.

The two teams started more concerned with defending than attacking and their premise was not to make mistakes. Osasuna, who in the first quarter of an hour did not create danger, began to take control of the center of the field and the game. The rojillos found a good way down their left wing with the additions of Manu Sanchez. Moncayola put Gazzaniga to the test with a long shot that the Elche goalkeeper diverted to a corner. The rookie again made a good intervention with a clearance to a corner kick after a shot from Kike Barja.

Osasuna squeezed in the final stretch of the first half and in the 37th minute it was 1-0. Manu Sánchez joined the attack on the left and hurrying the bottom line left a ball behind so that Kike Barja He will hit a great shot with the inside that slipped into the back of the net without Gazzaniga being able to do anything.

It was a hard stick for Elche who, in the extension time, had a good foul in the front of the area, but Rigoni threw it into the hands of Sergio Herrera, arriving at rest with the victory by the minimum of the Navarrese.

The start of the second half was similar to the first. The franjiverdes tried, but with more will than play and head. Josan put a cross from Lucas Boyé tried to finish off in an acrobatic way. That occasion it was a mirage and it was the only offensive baggage of the group from Elche in the second part.

Osasuna played very comfortable, practically at pleasure. The rojillos had a good center of Rubén García on Moncayola, to which the local midfielder narrowly missed. Ariadne headed the post, although the play was invalidated due to a foul prior to Dani Calvo. Elche was a toy in the hands of the Navarrese and Escribá did not react from the bench and, when he did, it was late.

Josan and Rigoni swapped bands and neither did. In the end, the green-franj trainer changed the two and gave entry to Dishes already Tete Morente. And then to Víctor and Nino, who left very late with the game decided, because the 2-0 occurred in the 67th minute in another good move by Osasuna, who found a highway on his left wing. Darko Brasanac he rushed the baseline and put in a pass for Budemir that Diego González, in an attempt to clear, got the ball into his own goal.

Elche was a want and I can’t in the final stretch. He did not even show his pride and with very bad feelings he ended up losing a game, which was important and that the franjiverdes lost before they started..

STADIUM: The Sadar. No audience.