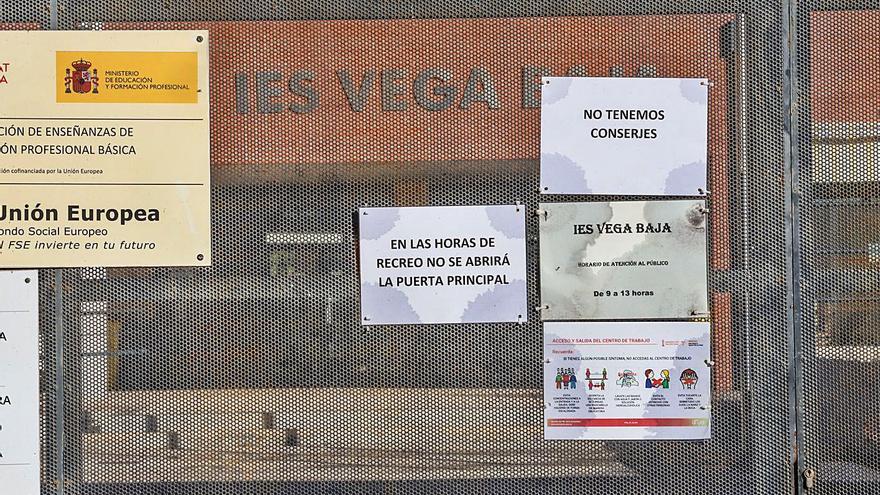 Since last day 1 they need an educator, who cares for students with some type of disability, such as a 12-year-old girl who suffers from osteogenesis imperfecta, also called crystal bone disease, because it prevents them from forming completely by breaking easily . Faced with this lack, they have been forced to establish a routine to notify the mother whenever the student needs some kind of care, even the most basic -like going to the toilet-, since she is the only one who can carry out this task without assuming more risks than necessary. “We have to call her once or twice a day,” explain sources from the educational center.

They do so with concern and disbelief, while denouncing that they have repeatedly exposed this problem to the Ministry of Education, which “gives us long”, they point out. “Normally it takes a week at most to fill these types of vacancies,” they continue, since it’s not even about creating a plaza, which would require a bureaucratic process that would lengthen the deadlines, but to fill a position that was already assigned.

To all this is added that this educational center has been without custodians for more than a month. There are two in the squad, but both were discharged, one on September 8 and the other on the 15th of the same month. Since then, teachers and administrators, with a great deal of commitment and resignation that are beginning to turn into exhaustion, have been taking shifts to supply them as best they can, especially in control and access functions.

“We haven’t been in a similar situation for years; other times this type of vacancy has been filled in just a few days, “they recall. In this sense, the same sources indicate that from the department headed by the minister Vicent Marzà they respond that substitutions for sick leave are managed in the Public Function interim exchange, which depends on the Ministry of Justice.

Basically, the explanation for this delay is that “No money until 2022 budgets are approved”they argue. Their greatest fear is that the deficiencies they have suffered for more than a month, both as an educator and as a janitor, will not be resolved until early next year. «It is inconceivable; It seems that between administrations they pass the ball from one to the other and the house without sweeping », they conclude. The worst thing is that, in the meantime, daily work continues to be a real odyssey.

Impairment in other public services to a minimum

The IU and Podemos formations in Callosa de Segura point to another shortage of resources in the educational field, in this case, in the education center for the elderly: “The City Council has neglected to incorporate teachers for this work”, a decrease in the services that adds to the recent complaint by the PSOE about a low minimum mobile fleet that forces the police to patrol in a civil protection van.