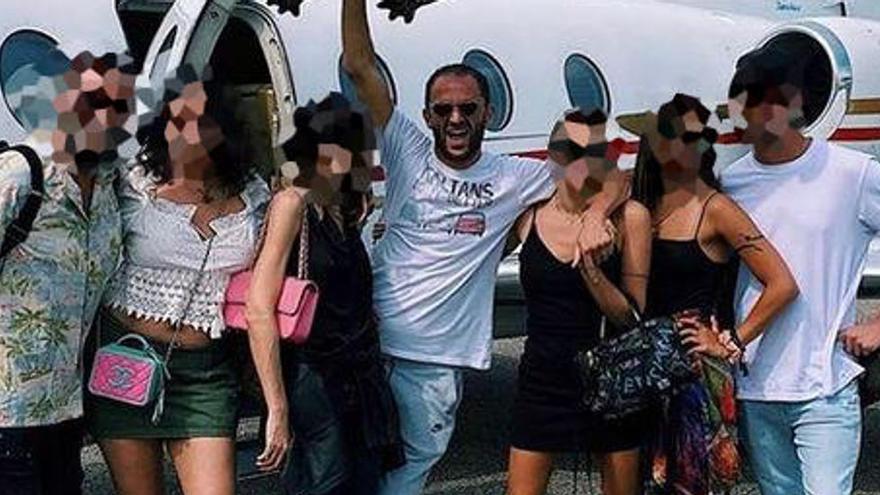 After this complaint came to light, another 23-year-old Italian model made public that Genovese had also raped her during a party in July 2020 in a rented villa in Ibiza, in Sant Josep, ‘Casa Lolita’. Recently, the Italian prosecutor’s office decided to charge the businessman with the violation that allegedly took place on the island.

In this second car he is accused of having abused, together with his girlfriend, the 23-year-old girl in ‘Casa Lolita’, his holiday residence in Ibiza, after having supplied her with massive doses of cocaine and ketamine. The accused has stated that the complainant had consented to the sexual relationship and that the bruises on her body were due to the girl being so “high” that he and his girlfriend had to hold her because she was struggling, but not to abuse it.

Yesterday, the defendant denied the facts before the investigating judge (as he did with the accusation of the other 18-year-old girl) stating that the model, like the other girls who attended his parties with drugs and went to their room, they did knowing what was going to happen. And he explained in his appearance, which is echoed by all the Italian media, that “system” in which he made “everything” available to the girls, including a large part of the cocaine that, however, “they used to bring the men”.

Precisely these new accusations of sexual violence and drug supply were the focus of yesterday’s interrogation by the Milan judge Tommaso Perna, also in the presence of the prosecutor Rosaria Stagnaro, which took place by videoconference, that is, with Genovese connected from the San Vittore prison and the magistrates in the offices of the Palace of Justice in Milan.

His famous parties in Ibiza

Those who chose to go to their parties, according to their version, they were very aware of what they were going to find in them (in reference to drugs and sex). He also assured the magistrate that he “feels bad” in jail and, in fact, recently the defense requested house arrest in a clinic to detoxify. However, this request was rejected. The defense will now study whether or not to appeal to the review board against the second order (the violation in Ibiza). Of the other charges, for which the prosecutors have requested the arrest but the judge has denied it, Genovese, at an express question, did not want to speak because he considered the judge’s evaluations satisfactory.

According to the Italian press, to attend the parties at ‘Casa Lolita’ there were certain requirements: no handsome men, couples or footballers; only pretty girls, unattractive single men, or homosexuals.

According to Genovese at the trial yesterday, at his parties they formed two separate groups that were controlled by bodyguards: those who used drugs and those who did not, wanting to justify that the girls who joined the group of users did so voluntarily, that they did not drug them without their consent.