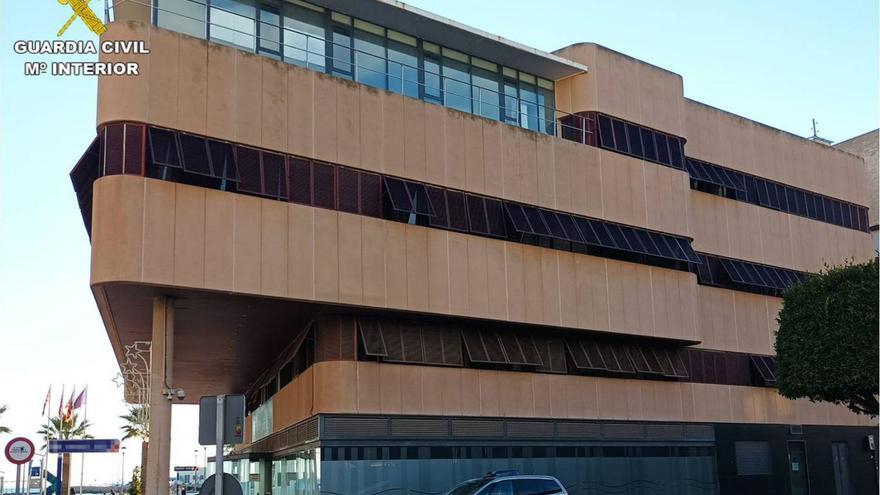 The Civil Guard has arrested an official of the Santa Pola City Council, with more than 20 years of experience in local administration, accused of a crime of misappropriation, 19 crimes of bribery, two crimes of forgery of documents and another of usurpation of functions. All these illicit activities would have been committed in the last decade, the Command said yesterday in a statement in which it highlights that the municipal worker, on leave for several months, “has been withdrawn from her duties.”

Investigators have found that he appropriated about 40,000 euros. In the proceedings there are two businessmen investigated and who allegedly “expedited the hiring of their companies in events organized by the City Council.” The accused, 52 years old, who has held various positions related to the Santa Pola festivities, was released with charges after giving a statement in the Elche courts. From the City Council they have declined to make an assessment of the facts while the judicial investigation continues.

The police investigation began a few months ago due to a complaint filed with the agents of the Investigation Area of ​​the Main Post of the Civil Guard of Santa Pola by members of the government team. It recounted the complaint they had received from an association that should have received a grant but saw how, since the end of 2020, part of the money had not arrived (the amount is not specified in the note from the armed institute). The official under investigation was attached to said municipal department.

The investigations of the agents also revealed that two businessmen had made numerous payments directly to the account of the official, supposedly, in exchange for obtaining authorizations or hiring their companies for the events organized by the City Council. Depending on the importance of the event, the income ranged between 500 and 2,500 euros. In this way, the agents took a statement from those responsible for the mercantile companies, who have also ended up accused and whose activity is not detailed, so that they could explain these income in the accounts of the public official. The Civil Guard established the correlation between contract dates and income in the official’s account.

Another of the functions of the arrested person, says the Civil Guard, was to inform the requests for authorization presented to the City Council, by businessmen, to carry out certain types of activities in the fishing village. This, always according to the researchers, asked for money from entrepreneurs interested in obtaining them in exchange for positively reporting their requests.

On the other hand, falsifying documentation, contracts or even, if necessary, the signature of the beneficiaries. “Sometimes the alleged author kept part, or all, of the money from some of the subsidies granted by the City Council to different associations,” says the note.

From the Santa Pola Civil Guard they confirm that she could have been committing these acts for at least the last ten years, without having been discovered until now.

At the time of her arrest, the agents learned that she was wanted by a court in Murcia, for a crime of fraud committed against a lender.

Within the framework of this operation, the Civil Guard has also investigated two 58-year-old men, directors of two companies, one based in Cox and the other in Molina de Segura. They are charged with crimes of active bribery, having delivered remuneration to this worker so that, taking advantage of her position and the exercise of her functions, she approved or expedited the hiring of their companies at events.

The proceedings have been made available to the Court of Instruction of Elche. Like the official, the businessmen are free with charges.