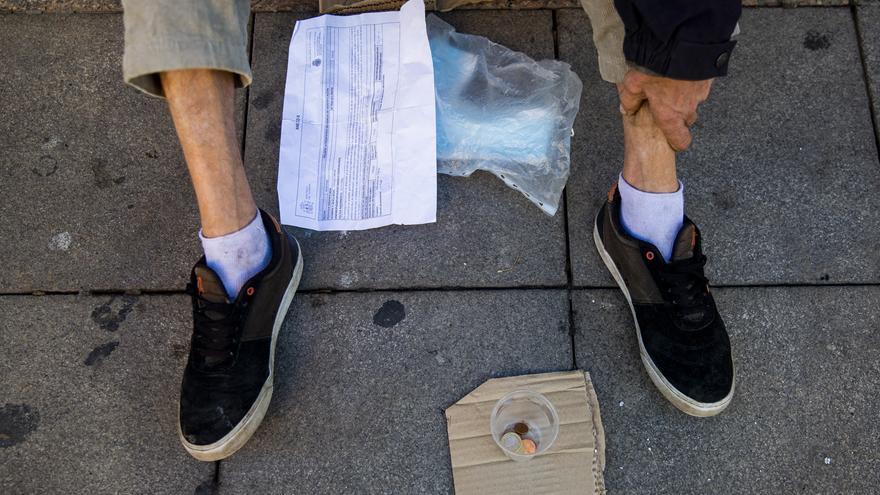 The reason for the unfeasibility of this ordinance is due to something much more understandable and, at the same time, unquestionable, such as the decomposition process to which the Popular Party has led to social policies in this city, reduced to the minimum expression, weakened to the maximum and on the verge of permanent collapse. In Alicante, the municipal Social Services are unable to provide agile and effective responses to the basic demands of many of its citizens living in extreme poverty, with endless waiting lists, with unmotivated social teams that in many social centers are barely able to attend the many urgent cases that arrive daily.

As if all this were not enough, the municipal social policies in Alicante are unable to understand and intervene in the numerous situations of structural poverty that are rapidly advancing in the city with the pandemic, without promoting elements of renewal in the face of new problems of enormous complexity that are appearing with force, generating more poverty, more inequality and more social exclusion. What peace of mind can people who suffer in Alicante have when the councilor responsible for the area declares, proud and satisfied: “Social Action guarantees the service”, As a great achievement, as this newspaper collected a few days ago?

It is true that it is a provocation to process the same repressive, punitive norm that exudes rejection on all sides towards the many people who are on the street and who end up in it for very different and conflicting reasons that he withdrew a year ago. Because the reason, the true purpose of this unfortunate municipal ordinance is purely and simply to feed the extreme right-wing advertising program of Vox to obtain, in exchange, the political support of this group in the action of the Government of the PP and Citizens before the Budgets that are coming . And it is that, deep down, for the right that governs the Alicante City Council, what happens to the most vulnerable people is what matters the least, no matter how much the orange party announces amendments that in a year it has not even been able to promote in time and form, giving measure of what they are politically.

But, the short-term political calculation that the mayor makes, Luis Barcala, with this ill-fated ordinance, he also collides with another reality that will put him face to face with this announced failure, in the form of the negative impact that it will also have on the city, on the center and traditional neighborhoods, where more and more people live poorly on its streets, and they are more and more numerous. It is very simple: social deterioration goes hand in hand with urban deterioration that feed off each other. And here, I fear that the facts are stubborn, in light of what the City Council itself has done on other occasions, although we quickly forget them.

In 2013, the Government team of the Popular Party in Alicante City Council announced by surprise the immediate reform of the Plaza del Doctor Balmis, for which 100,000 euros would be allocated. The announcement of the work was surprising, as it was one of the most beautiful, best preserved and with the greatest character of a traditional center greatly degraded, surrounded by streets with buildings propped up and on the verge of collapse, old whiskey bars and closed hostess clubs, Abandoned and smelly premises. On the contrary, the Plaza del Doctor Balmis maintained a particular appeal, with leafy trees and a huge perimeter bench in a modernist style and colorful tiles reminiscent of Gaudí’s work, in an exceptionally good condition. But the Popular Party insisted on justifying the unnecessary reform in which the transformation of the square would allow the space to “regenerate”, to eliminate the prostituted women who habitually roamed there. Of course, the concept of regeneration of the square through the work that would expel prostituted women, without any type of intervention or alternative action, clearly demonstrated the nature of such an unnecessary expense.

Today Alicante has a much uglier and more anodyne square, surrounded by degraded streets, where prostituted women continue to roam there, as they have always done, because there has never been intervention or concern of any kind with them and for them. More of the same.