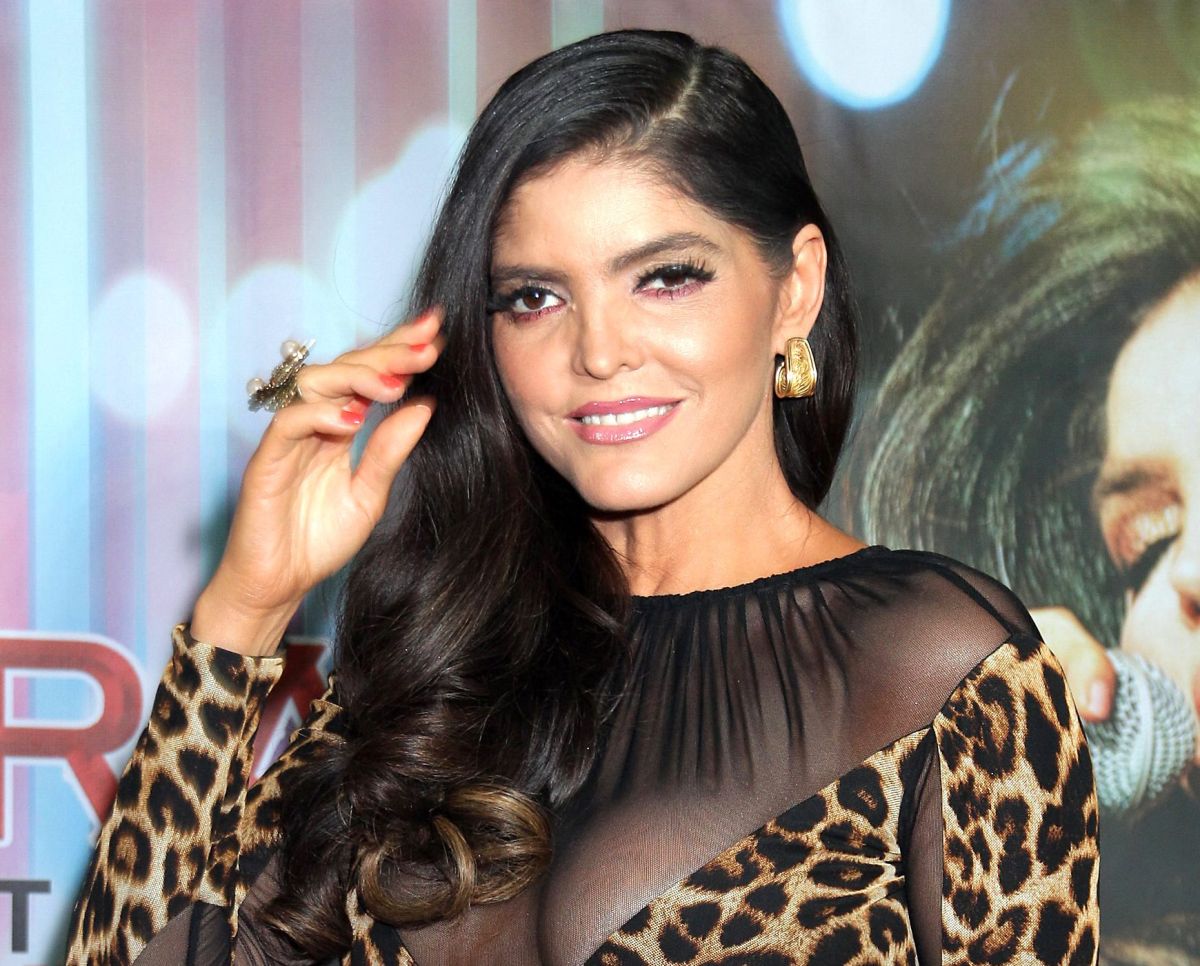 With the look of a superheroine and with her dog Luna, Ana Barbara became a spokesperson for PETA Latino’s new campaign, which advocates for street dogs.

The singer said that her now pet came into her life by accident, because found it abandoned in a gas station.

“Luna for me is a responsibility of love. The message is that if you want you can, as a family and together, to bring forward one living being or two, three, whom you want to help, “said Ana Bárbara in a video distributed by the Hispanic organization, which ensures that animals rights.

With more than 6.5 million members and supporters worldwide, PETA has sought out celebrities from all over the planet to convey its message of animal protection, on this occasion, the Latino division presents the new campaign called “Reina Grupera”.

Along with Luna, the dog she adopted last year, the 50-year-old Mexican artist appears transformed into a superheroine. The aim of the ad is to highlight the importance of rescuing canines from the street and committing to lovingly care for them and never buying them.

This campaign was released at a time when millions of Dogs and cats are homeless and struggling to survive on the streets, as Luna was before meeting Ana Bárbara.

“Please don’t buy animals”says Ana Bárbara. “If you are sure that you can add a member to your family, adopt and, please, always sterilize,” he stressed.

She on more than one occasion has shown to have a great heart, making it clear that she likes to help everyone around her, which applies even to animals.

“One day I saw a very thin and scared dog that was abandoned outside a gas station. Instead of making excuses and leaving her suffering, I took her with me, and since then we have been inseparable. “

But first, Ana began to ask the local people about the owners of the pet. Someone confessed to her that they had abandoned her and that she had been there for days, that even they had already named her ‘Paloma’.

Ana Bárbara could not believe that they had abandoned Paloma and she thought about taking her away, although at the beginning she did not and as she advanced on the road, she thought it over and asked the driver to return, since she would take her away and the first thing she did Upon returning to the scene, he was buying her a can of dog food to feed her.

“Look what I found. Look what a beautiful thing. Do you want to live in Los Angeles? Oh, I can’t love it! ”, He shared at that time in Instagram stories.

Keep reading: They exposed Ana Bárbara ignoring a fan, now the interpreter of “Bandido” asks for forgiveness
– Bárbara de Regil regrets the death of her pet and Gala Montes unleashes controversy for comment