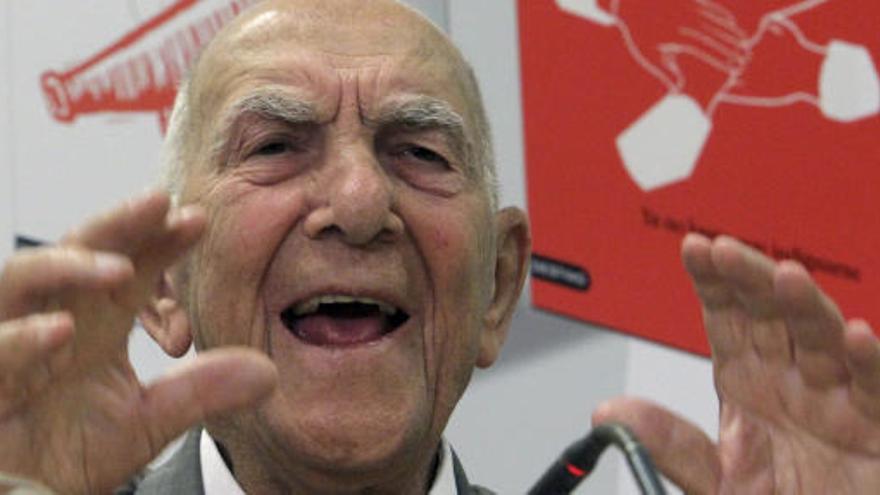 They talked about the dictatorship of the markets, the treatment of immigrants and ethnic minorities. That the worst attitude is indifference. And the power of indignation and commitment were extolled. As our indignant dear said Jose Luis Sampedro: “Today is about not succumbing to the destructive hurricane of voracious consumerism and media distraction while cuts are being applied to us.” The bottom of the problems remains, which shows the stagnation of society, aggravated by the effects of the pandemic that have widened inequalities.

Hessel’s call to be outraged was directed, above all, to the younger generations, and denounced the complicit inertia of a cowardly European Union that goes against our interests. Some attitudes have now changed in this sense, but the message that invites us to promote an impulse towards a cultural, fraternal Europe, not at the service of the financialisation of the world, is valid. That is, the hegemony of large banks and companies, disproportion between profits and wages, speculation, economic instability and uncertainty.

Later came «Commit yourselves!» in the form of a conversation between Stéphane Hessel and the writer and social activist Gilles Vanderpooten, a man who participates in networks and projects around ecology and sustainable development. The individual ethical demand and the explicit rejection of all violence continued, in the face of the abuse of human rights and the abuses of the power of money. Without falling into the temptation of defeatism, the proposal to achieve a more viable world has not lost any value.

«React» was another book on the same wavelength with different names like Sampedro, Baltasar Garzón, Rosa Maria Artal O Ignacio Escolar and Hessel’s prologue. Ten reasons were exposed to face that crisis on the part of the intellectual, artistic, scientific and academic community. And of the citizens when assuming this commitment and acting in the face of the crisis of the system, in pursuit of hope and adequate solutions that never come clearly. The basis is the same, and concerns about stability, global equilibrium or young people without a future, scammed, are there. All with the same direction and the clear objective in defense of dignity, democracy and the common good? You see that no.

“Has impunity taken over Spain?”, The reader is asked in this latest book from 2011. “A infantilized society?” Deep changes are conspicuous by their absence, and we continue without clearly overcoming the past, “the limits of what is possible,” and without building a freer and more inclusive society. Left behind are the mobilizations of 15M, whose tenth anniversary is remembered, or the camping in Puerta del Sol and in Plaça de Catalunya, which did not bring great transformative fruits, although they did have a breath of air and an instinct for institutional renewal.

The PP, cornered (is still) by corruption cases, and a PSOE with its generational change. In this area the “yes we can” of Podemos was born, but full satisfaction has not been achieved. The most conservative have already been commissioning, with treachery, to target the purple party. That muddied the ground to the detriment of Pablo Iglesias, who, as second vice president and minister of Social Rights and Agenda 2030 of the coalition government, was able to contribute his criteria until very soon he tired of being a subordinate figure. He resigned to stand for the elections of the Community of Madrid and then his queue has been completely cut. It is what the reactionary sectors wanted, and he gives them that sweet.

After ten years, the crucial questions remain. Diaz Ayuso has alleviated the lack of confidence in the political class with infantilisms, squid sandwiches and canes in the midst of the virus. And his painful management has achieved the majority applause. Has the 15M movement died? The reasons that gave birth to him remain intact. However, Pedro Sanchez continues with its renovation project to modernize Spain. Long-term. And the present?