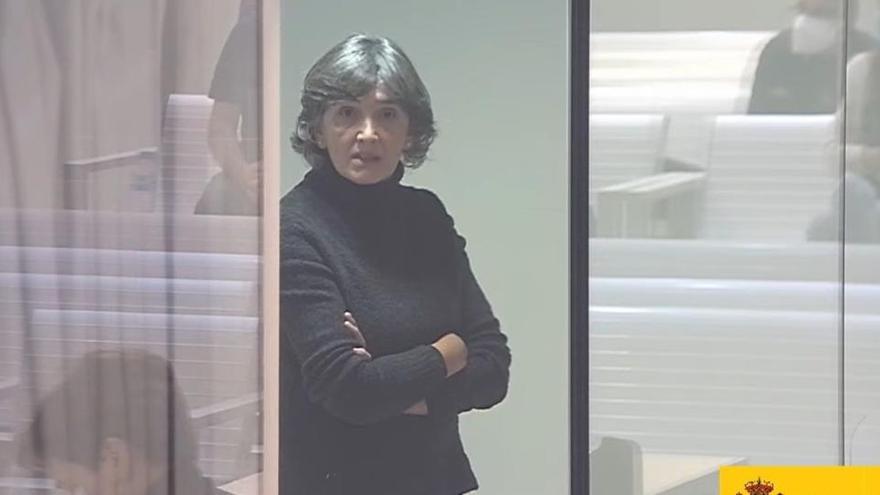 The National Court has acquitted former ETA leader Soledad Iparraguirre, Anboto, having ordered the attack on the Buenavista National Police headquarters in Oviedo in 1997, considering that it is “Juged thing“, after having already been condemned in France as the leader of ETA and for preparing attacks in Spain while in the French country, where the ETA leadership was installed.

The Prosecutor’s Office asked her for 71 years in prison for having ordered the aforementioned attack with grenade throw, perpetrated by those already convicted of these events, Kepa Arronategui and Eneko Gogeascoechea, and in which a pedestrian was injured and material damage was caused on public roads and buildings.

In its resolution, of which the magistrate José Ricardo de Prada has been rapporteur and who has a dissenting opinion, the third section of the Criminal Law indicates that the sentences for which she was sentenced to 20 years in prison in France “refer to its activity as a leader of the terrorist organization ETA “and” the preparation of attacks that were not individualized, but that are framed temporarily “, among which would be included that of Oviedo.

This leads the Chamber to conclude that it has already tried in France for “all” of his activity at ETA, including that of having ordered attacks on different commandos, which leads him to apply the principle of ‘non bis in idem’ or not to be tried twice for the same cause.

The assessment of res judicata, indicates the Chamber, is also “cumulative to the assessment of the lack of sufficient evidence in relation to the accusation maintained by the Public Prosecutor”, although they reiterate that the prosecution should not have been produced by the “existence of a procedural non bis in idem situation“.

Also Read  The Royal Camp of the Magi over 2,000 square meters receives more than five thousand visits in Torrevieja

In her private opinion, Judge María Fernanda Pérez disagrees with her other two companions in court and rejects the existence of res judicata, considering that the facts sentenced in France cannot be included in the scope of the courts in this case. It also adds that the majority judgment makes a pronouncement ‘ex novo’, since this issue was not raised by the defense in its qualification brief and therefore did not form part of the debate in the oral trial.

For all these reasons, she believes that she should have been sentenced, considering that it was proven that provided the command with explosives to attack in the area of ​​Asturias and Cantabria, and despite the lack of evidence that ordered the attack against that specific target.

Since his delivery to Spain in September 2019 after serving a sentence in France, Anboto has only been sentenced in Spain for the moment for ordering the murder of the Army Commander Luciano Cortizo in 1995 in León to a sentence of 122 years in prison. Is still pending hearing of the sentence for his alleged participation in a frustrated attack against a device of the National Police in the sports center of Mendizorroza (Vitoria) in 1985 for which he faces a request from the prosecutor for 488 years in prison.

In addition, this same week she has again sat on the bench accused of providing the Itsasadar command with explosive material to commit an attack in a bank branch in Getxo (Bizkaia) in 1994, which caused material damage, caused by those who are facing another 12 years in prison for a crime of havoc. In all cases, Anboto has denied its participation and in the last trial it complained that it is being tried for events that occurred more than 20 years ago, which called “vindictive justice”.

After hearing his acquittal, sources from the Prosecutor’s Office have indicated to Efe that they are studying the resolution to decide whether to appeal it to the Supreme Court, which precisely this week has studied the appeal of the ETA against his conviction for the attack against Commander Cortizo.

To agree to his acquittal, the third section recalls that Iparraguirre was sentenced in the Gallic country for crimes of terrorism, and, specifically, for directing an illicit association “with the aim of preparing a terrorist act” on French territory and “for his activity related to ETA in France” until his arrest in 2004.

Furthermore, in other judgments of “different French courts, of which there are no specific references in these proceedings,” it was convicted for the preparation of attacks in 1997, which “puts on alert” to the Chamber, “not that the facts tried in the present could have been tried in Spain, but only of the participation in them of the accused.”

“The French sentences refer to his activity as a leader of the ETA organization, including his membership in the political apparatus, and there are convictions for participating in the preparation of attacks (from France) that are not individualized but are temporarily framed”. All this, the sentence continues, “leads us to consider that the defendant’s activity occurred in France”, so “the French courts have investigated and tried all the criminal activity as a member of the accused’s ETA.”

The former ETA leader, along with José Antonio Urrutikoetxea, Josu Tenera, read the statement in which on May 3, 2018 the terrorist group announced its final “dissolution”, and last year she was extradited to respond to twelve attacks.