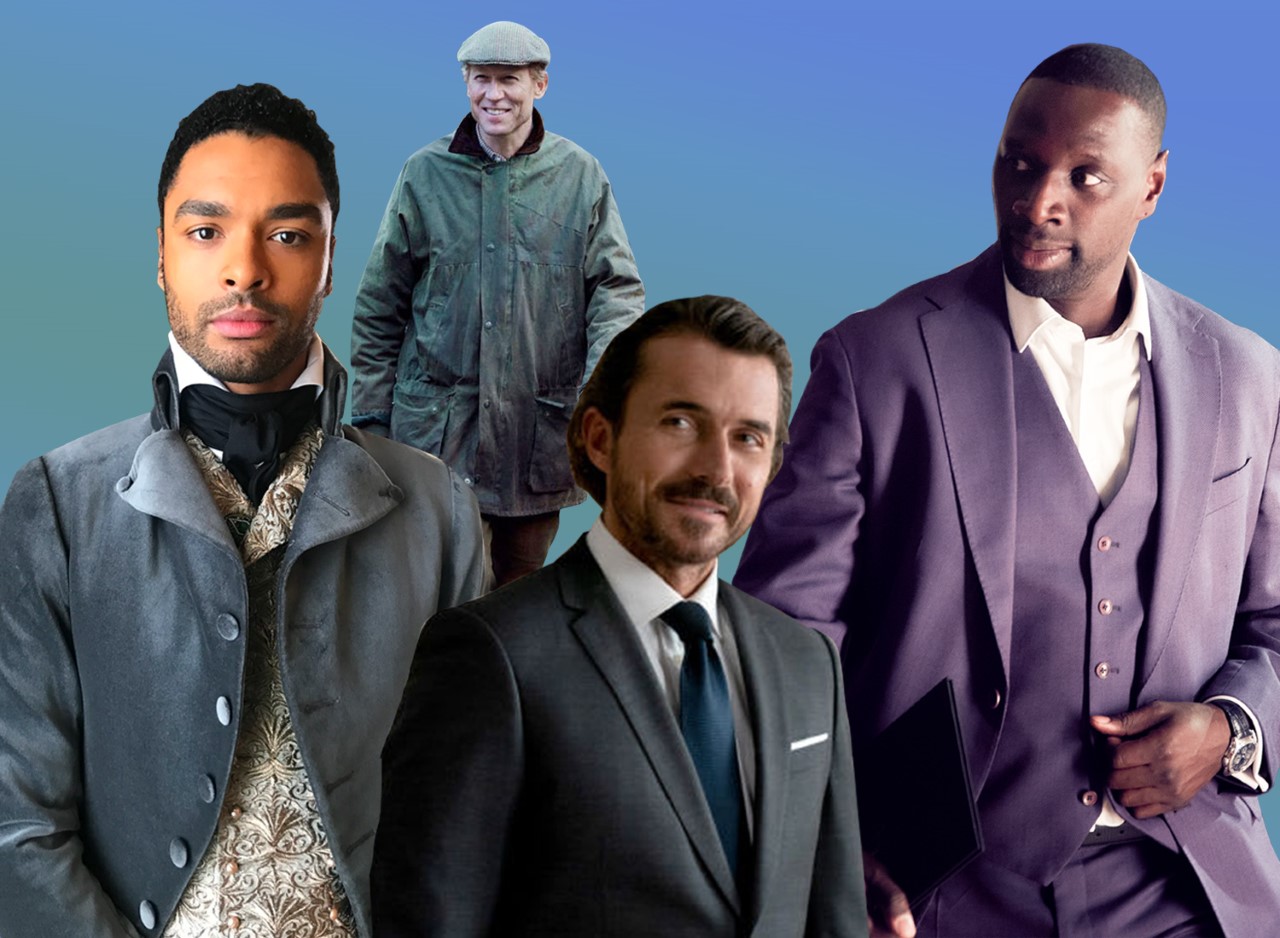 In the absence of weekend getaways, great film premieres, music festivals, nightclubs and even town festivals, the months of confinement have united us, even more if possible, to the platforms of streaming. According to the National Commission of Markets and Competition (CNMC), during the second half of 2020, the sector’s income in our country grew by 132%, reaching 535 million euros. We not only gobble up series, we also read about them, theorize to exhaustion, and pass the fact checking to those based on real events. But, in addition, we care more and more about what its protagonists are wearing. The global, instantaneous and growing impact of television series is causing a marked increase in the sales and popularity of the brands that achieve necklace some of his clothes in the fiction of the moment.

Because the plot or the time does not matter: the protagonists of series such as Lupine, The Bridgertons The The Crown they always have something better to wear than the gray sweatshirt with matching pants that reigns in our wardrobe these months of forced domestic looping. And brands are already feeling its effects.

If before the firms paid – and stuck – to have a presence in the most influential Instagram accounts, now they also want to be in that other international showcase that Netflix, HBO, Prime Video or Disney offer them. “For most brands, having your clothes or accessories appear on television is a priceless display. And this has never been more true than during a pandemic in which viewers have spent endless hours watching and reviewing series ”, corroborates the journalist Alexandra Mondalek in Business of Fashion.

Lupin, The umpteenth Netflix phenomenon that has managed to conquer more than seventy million viewers with only five episodes, is a good example of the trend. The reinvention of the iconic white-collar thief from French literature by actor Omar Sy (Untouchable) this time forgets the Belle Époque, but maintains in its contemporary approach details of style to vindicate. If to take advantage of his arts of robbery, the protagonist takes advantage of the fact that when we see, we do not always look, with regard to the wardrobe of fiction, they have made sure that we cannot take our eyes off him, combining tradition and modernity. “He is a character with a very rich iconography. We had to create something new but that was true to the spirit of Lupine ”, has reflected Sy in an interview with Netflix Queue.

To achieve this, they opted for a Barbour or a sailor coat to replace the character’s iconic cape, and for a beret – specifically Stetson’s Belfast model – instead of the top hat, mixing them with nods to the streetwear such as tracksuit jackets –the one from Fred Perry that he wears in the last chapter is sold out on portals such as Farfetch– and different models of the coveted Air Jordan 1, including the Air Jordan 1 Retro High Fearless UNC Chicago. Based on the data offered by the international fashion search engine LystAll of these garments experienced an increase in popularity in the series’ premiere week. “The screen style has replaced the street style as one of the main style references ”, explains to ICON Brenda Otero, communication manager of the platform for Spain, who corroborates how“ our fashion influences have transferred ”to the screens that have gained so much prominence during the months of the pandemic . Otero confirms that television fiction generated some of the biggest peaks of interest in fashion online throughout 2020, “and the data for the first weeks of 2021 suggest that the trend will continue this year.”

The premiere of the fourth season of The Crown it was, in fact, the first person responsible for the interest in the Barbour firm, which made its classic jackets, with special mention of the Ashby model, the most sought after product in its catalog, followed by boots. Spain was the fifth country that made the most searches in this regard in the days after the fiction was released, with men being the most interested in the phenomenon (63% of male searches compared to 37% of them, according to Lyst). The firm also consolidates its television prestige with another cameo in the aforementioned Lupine, who also wears his famous jacket in the last episode of the season. At a time when the red carpets do not welcome the footsteps of the stars, and the influence Traditional – if the youth of the term admits such an expression – is forced to adhere to a tedious daily life due to the decrease in marketing actions by brands or the virtualization of key events such as international fashion weeks, it seems that it is more appealing to copy the look to the television transcript of Charles of England or his elegant father-in-law, the Duke of Edinburgh.

This is confirmed by Jack Carlson, the founder of the British firm Rowing Blazers, who reissued for fiction a famous sheep-print sweater worn by Diana of Wales in the eighties and which has managed to exhaust several shipments since the actress Emma Corrin wore it in an episode. “The number of people who watch Netflix and television is very powerful … I would say much more powerful than any other form of exposure that exists today,” declared after seeing how even fashion brands like Zara and Oysho had covered the garment.

But it doesn’t matter the context or the era in which the hit series in question is based. Every item in your wardrobe is likely to become a global trend. The repercussion of The Bridgertons, Netflix romantic soap opera set in the London of The Regency, has made the movement known as regencycore, triggering male interest in items worn by a new standard-bearer for male beauty like Regé-Jean Page (Simon in the series). Vests or scarves tied around the neck to the Lord Byron have experienced a rebound in their digital searches. As revealed to us from Lyst, the blazers brocade and velvet loafers (from Gucci, for example) have risen significantly. And Favorbrook, the London-based silk accessories firm, is having a great time, according to the british edition of GQ, following the premiere of the series. On their website they have even dedicated a post of inspiration with several options of ties and vests similar to those of the Duke and the rest of the male cast.

The phenomenon reaches the point that documentaries a priori so little fashionistas as Tiger King The The last Dance they also showed their effects on sales. In the case of the first, in garments with feline prints to the joy of Kenzo’s tiger, for example, whose searches increased by 200%. The premiere of the episodic hagiography about Michael Jordan’s career in the Chicago Bulls caused a furor for all models of Air Jordan shoes, replicating even in the most exclusive auction houses in the world.

The big ones influencers Instagrammers are learning to live with the influence of stars like Lily Collins, Michaela Coel or Paul Mescal, who also awakened in viewers the urge to imitate their outfits. Whether they be fisherman’s hats or archetypal French berets in the case of the star of Emily in Paris; cardigans printed in cosmopolitan London Could destroy you; or even a simple silver chain, to which the protagonist of Normal people He managed to give him almost his own personality. An account of admiration to the complement, @connellschain, has more than 175,000 Instagram followers. As the case of brands such as Marine Serre, Telfar, Pyer Moss or I.AM.GIA has also shown thanks to the repercussion of other fictions such as Euphoria The Insecure, With each choice of wardrobe, fashion designers have the luck of emerging or forgotten firms in their hand. Their phones ring more than ever and they are the ones who decide what we want to buy from the sofa while we rush the end of the season. As Anna Wintour said: “Any great fashion photograph will tell you as much about what’s going on in the world as a The New York Times”. Now that our reality is closer to the tracksuit and the sofa, the series are photography or, rather, the moving image of the illusions of our time.