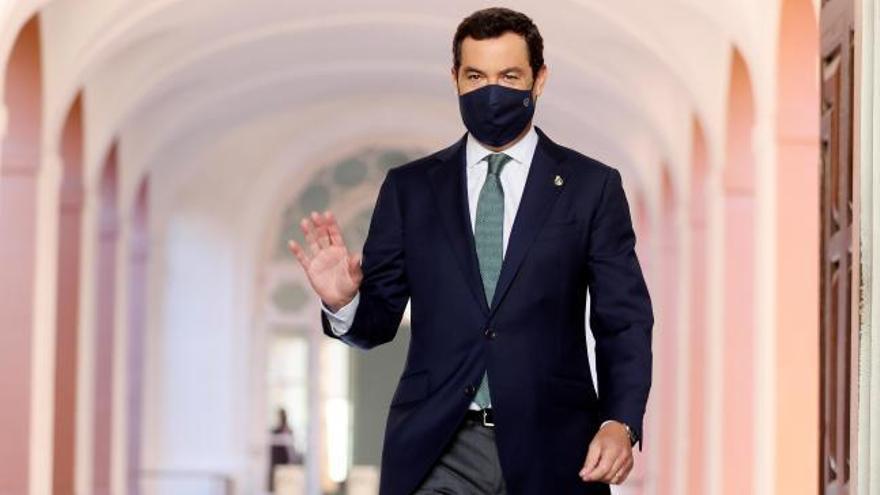 Andalusia will remain closed during the Bridge of the Immaculate and the Constitution. This is what Juanma Moreno announced this Sunday at noon after presiding over the committee of experts of the Junta de Andalucía to assess the situation of the community and the continuity or tightening of the restrictive measures decreed two weeks ago to try to stop the advance of the pandemic of Covid-19.

Therefore, the Andalusian Government has decreed the extension of the measures until December 10, Thursday, after the bridge of next month, with little news.

The perimeter closure of the Andalusian community and of all municipalities will continue, staying in the same hours the curfew imposed two weeks ago. As for bars and restaurants, the restrictive measures will be maintained with a small variation: they will be able to open to pick up orders until 9:30 p.m. and, another relevant novelty, the hours of toy stores are extended until 8:00 p.m.

After beginning his intervention by breaking down the data of the pandemic in the region in recent weeks and showing in a graph what appears to be the peak of the second wave of the pandemic, Juanma Moreno anticipated that Andalusia still in a difficult situation which requires maintaining the perimeter closure for two more weeks, until Thursday, December 10,

The Chairman of the Board has assured that it is “aware of the enormous difficulties of merchants and hoteliers” in the province of Granada after two weeks without activity but has chosen to keep the restrictions in force except in the southern district because “sadly the data is what it is”, with an incidence of double the national average, and it makes no sense “to enter a hasty race would be bread for today and hunger for tomorrow. ”

In any case, Moreno has advanced that the Board is studying activating an “additional support plan” for the sectors affected by the total closure of the activity in the province of Granada and has advanced that a “weekly evaluation” of the evolution of the pandemic “in case it were possible to relax without waiting for December 10.”

Andalusia decreed two weeks ago, from 00:00 hours on the 10th and until this Sunday, the closure of all non-essential activities after 6:00 p.m., It extended the curfew from 10 p.m. to 7 a.m. and confined all the municipalities of the community, from which it is only possible to enter and leave in a justified manner, in addition to maintaining the perimeter closure of the community in force.

Similarly, the Board agreed two weeks ago that universities throughout Andalusia should teach classes ‘online’, while schools and institutes could maintain their face-to-face classes.