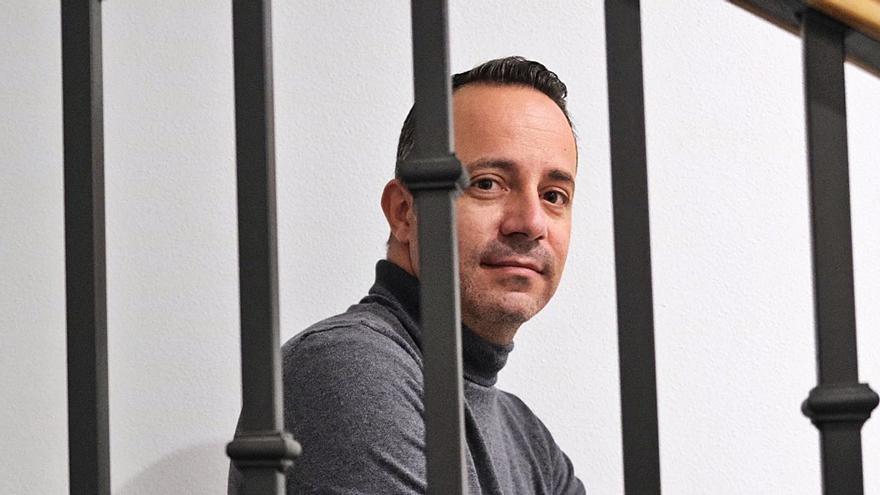 How have the three waves of coronavirus been experienced in the prisons of the province?

The first with great fear for fear of contagion among the inmates and with nervousness and uneasiness among the professionals. Prisons are closed places and at those times there was a lot of uncertainty and a lot of misinformation about the virus. However, now that the third wave is passing, the situation is quite normalized. There is an atmosphere of relative calm despite the fact that this latest wave has been the most incisive in the province.

Yes. When the State of Alarm was decreed in March last year there was an outbreak of mutiny in the Fontcalent prison that was quickly controlled by the officials and, at the same time, there were also two escape attempts.

Have they had sufficient means to avoid contagion?

In the Psychiatric, yes, because having the consideration of a health center we had gel and masks before the pandemic. But the Fontcalent and Villena prisons suffered from many shortages of means at first.

And how has the Penitentiary Administration acted?

The health crisis has caught him on the wrong foot and has been in tow of everything that the unions have been demanding.

Abandoned, no, but we have lacked more fluid and direct communication and a greater degree of understanding on the part of those responsible for the Villena and Fontcalent prisons. In both cases, the management has been carried away by the Madrid guidelines without taking any decision of its own. However, in the Alicante Penitentiary Psychiatric Center the situation has been different and this center, together with the Seville Psychiatric Center, has been one of the centers with the highest degree of autonomy in all of Spain in the adoption of effective measures against the virus.

Have the inmates known and understood what was going on outside?

They have been informed promptly and they have assumed it. In addition, they have access to the daily press and also watch television.

Are the prisoners afraid?

Of course. Like anyone else and they are also concerned about their families. And it is a feeling that is greatly exacerbated by being deprived of liberty.

How did you react when vis a vis and prison permits were suspended?

At first it was difficult for them to accept it and, in fact, in the Psychiatric Hospital an inmate very violently attacked several officials when the measure was communicated to him. But over time they have come to understand that it is precisely intended to protect them to prevent the virus from entering the establishments. In addition, to compensate for this deprivation, Penitentiary Institutions were allowed to maintain more contacts than usual with their families through video calls.

Have many cases arisen?

The largest outbreak occurred in Villena between January and February with around 90 infected inmates and six modules subjected to preventive sanitary isolation. But the outbreak that emerged in March last year in Fontcalent was the most serious. There were fifteen infected and one official and two inmates died with covid. That was the turning point that made the pandemic and the serious consequences it can have for everyone taken very seriously.

Do the three prisons have enough space to isolate positive cases?

In Villena yes and in the Psychiatric as well. In each module we have enabled whole cells or wings to isolate the infected and stop the outbreaks. The problem is in Fontcalent because there is a lot of overcrowding, so a closed module has had to be used for works and, even, the CRIS – Center for Rehabilitation and Social Integration – has been used to isolate the sick.

Is the prison system ready to prevent a fourth wave?

No. At the moment we are faced with the same deficiencies as when the pandemic emerged a year ago. We are not prepared to face a fourth wave of covid.

And how have the families of the prisoners reacted?

They have assumed what was happening and have understood that the measures adopted were necessary to prevent the virus from entering prisons.

Are the restrictions still in place?

The vis a vis are still suspended. But from this week, communications through crystals are already allowed and permits of seven days onwards, those of long duration, are also granted again. And all this is helping to release tensions.

When will officials get the vaccine?

They started on Monday.