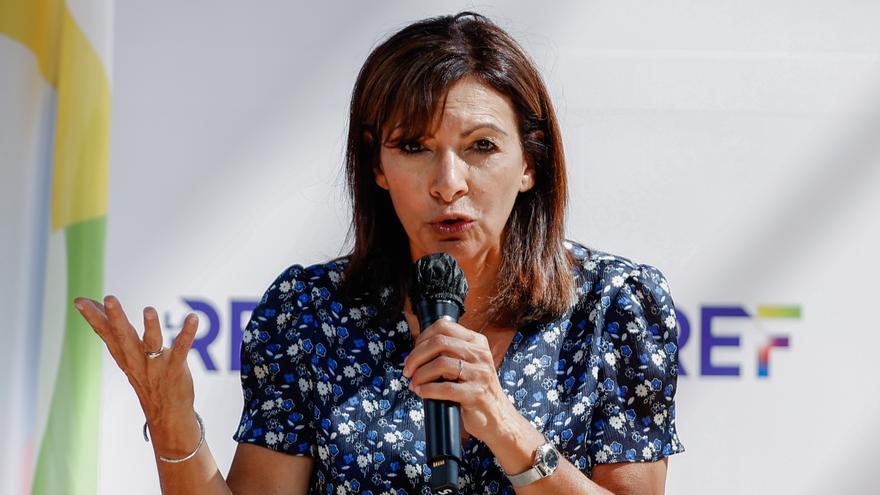 Hidalgo, 62, inherited his defense of Republican values ​​from his dad Antonio, a Cadiz shipyard that emigrated to France to escape the hunger of the Franco regime. Born in San Fernando (Cádiz) in 1959, her family crossed the Pyrenees in the early sixties. His maternal grandfather had already been exiled to France at the end of the Civil War and upon returning to Spain he had been imprisoned and sentenced to death for his republican militancy, although the sentence was not carried out. These Spanish roots have marked his personal and political biography.

“I was born in Spain, I came to France when I was two and a half years old and grew up in Lyon,” explains the socialist candidate in an interview published this week in the weekly Point. Faced with the stigma of embodying the “baroness of Paris”, a city in which the middle and upper classes are predominant and the workers almost disappeared, Hidalgo claims his modest origins. “When my father or my uncle, who were pallets, showed me the houses they had built, they were proud of it,” recalls the mayor, who wants to make a better valuation of wages and work one of the mainstays of her national project.

Jospin, one of its references

Although he approved the oppositions of labor inspectorHidalgo developed a good part of his career in the offices of the institutions and the Socialist Party. In the mid-nineties he was part of the cabinets of various ministries during the Social democratic government from Lionel jospin, one of his references. Since 2002, she became the right-hand man of Parisian mayor Bertrand Delanoë, who a decade later appointed her as his successor. Her victory in the municipal elections of 2014 made her the first woman to head the Paris City Council. But her beginnings as mayor were marked by the doubts raised by her status as “heir.”

Also Read  They reopen the case of the crime of Manuel Salgado, shot dead 17 years ago in Vigo

If the adversaries of Hidalgo They made a mistake, it was to underestimate her. Her first term as mayor was tumultuous. The 2015 attacks, the yellow vest revolt, the decline of the Socialists after Hollande’s disappointing mandate … That did not prevent her from being re-elected in an imposing way in June 2020, with close to 50% of the votes and more than ten points of difference with respect to their rivals.

One of the keys to this victory was his courageous ecology policies. It prohibited the circulation of diesel vehicles from 2024, pedestrianized the banks of the Seine and recently reduced to 30 kilometers top speed in most streets of the capital. The promotion of bicycle use it has made Paris look more and more like a new Amsterdam.

With this balance, the socialist candidate aspires to launch a Takeover bid for the green electorate in elections in which the debate on the climatic urgency will have great relevance. He even hopes to win the support of environmental leaders, which is unlikely. The French left faces the presidential elections of 2022 with deep divisions. And this weighs on Hidalgo’s chances.